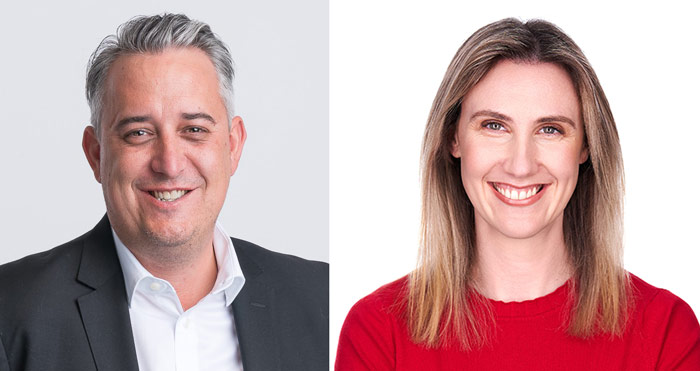 AUCKLAND, Tuesday: Discovery Inc has announced that Rebecca Kent will transition from her role as joint general manager of Australia and New Zealand to the newly created position of senior vice president, transformation.

Discovery’s chief transformation officer and president of Asia Pacific, Simon Robinson (who’s based in New York) said: “During her time leading the ANZ business, Kent has diversified the portfolio, growing revenues and reach through significant expansion, including the acquisition of New Zealand’s MediaWorks TV.”

Kyne, who has extensive experience across the ANZ media and telco industries, has successfully co-led the integration and strategy of Discovery’s New Zealand operations since December 2020 and will oversee the ANZ business in its entirety as it leverages opportunities for growth.

“Rebecca Kent will continue to be based in Sydney and Glen Kyne in Auckland.”

Robinson said: “Rebecca has a strong international track record and deep experience within several key business areas across Discovery and is perfectly positioned to transition into this global role as we look to the future of our business.

“Similarly, with increased scale across Australia and New Zealand, Glen’s proven leadership and broad expertise will continue to be pivotal as we drive the full value of Discovery’s brands across both markets.”

Kent will continue to be based in Sydney and Kyne in Auckland. Both roles are effective immediately.

About Discovery
Discovery, Inc. (Nasdaq: DISCA, DISCB, DISCK) is a global leader in real life entertainment, serving a passionate audience of superfans around the world with content that inspires, informs and entertains. Discovery delivers over 8000 hours of original programming each year and has category leadership across deeply loved content genres around the world. Available in 220 countries and territories and nearly 50 languages, Discovery is a platform innovator, reaching viewers on all screens.