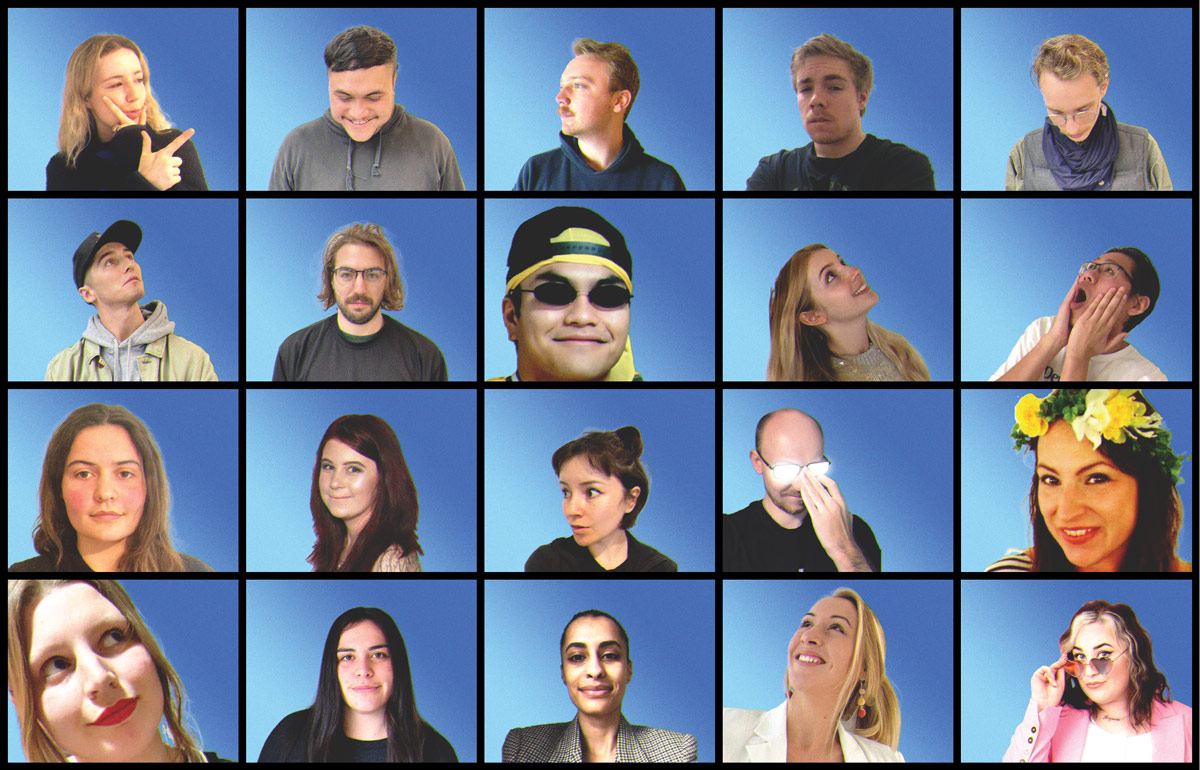 BUSAN, South Korea, Tuesday: Programme director Kate Humphries reports: “In the past two weeks, MDS AdSchool’s creative advertising students have not only had a fantastic haul at AdStars, with 33 ideas shortlisted in the non-professional category; they’ve also had two finalists make the cut ahead of final judging of the Student Orcas; and have been awarded 1 Yellow Pencil, 1 Graphite Pencil and 2 Wood Pencils at this year’s D&AD New Blood Award Show.

“We’ve had  so many of our students win finalist places in the AdStars competition this year, across multiple categories, that we’ve achieved a little bit of a record-breaker for ourselves, with every single student in 2022 making the shortlist ahead of final judging in Busan next month.

“So, without further ado, a standing ovation to Herman Ulberg & Bella Griffiths for Baaateries (BNZ) and Herman Ulberg (again), with Jack Becroft for Asking for it (Do The Green Thing)

“Worth noting is these ideas scored two finalist places out of only five shortlisted in the Pivot category worldwide this year (and it was a double whammy in that shortlist for Mr Ulberg).

“Joyous fist bumps to Robert Laking & Jose Alfante for Gatherapy (Gather) and Astrid Henare & Anja Pienaar for Selfease (Dove) who were all shortlisted in the Innovation category; and to Robert Laking (again) & Jess Garrick for Tip the Earth (Do The Green Thing) which was shortlisted in the Green category; and to Jack Becroft & Herman Ulberg (yet again) for Asking for it, and to Bella Griffiths (again) and Crystal Hay for Immature clothing for all scoring finalist wins in the Film category (both for Do The Green Thing).

“And Congrats (again) to Jess Garrick, who together with Letitia McKenzie scored in the PR category for Get Low Band  (Live Nation).

“It’s a great haul across a number of categories, which means every component area we’ve have taught so far this year has been acknowledged by industry judges both nationally and internationally.”

“Another standing ovation to Jack Becroft, who together with Phoebe Rooney, won final placements forTā Moko Tap (Spark), which not only won in the Peace & Justice category, but also in both the Interactive & Film categories.

“And a bloody big fist bump to Georgia & Jaymie for also winning a Graphite Pencil at D&AD’s New Blood Awards for Mother F***Ing Earth. And to Georgia again, who together with Elissa Shaw, won a finalist spot in the Film category for Mighty Guards (Mitre 10).

“Lashings of Print category cheering to Georgia Henare (yet again) and Kevin Ng for Deadly Accurate (Apple Tags); Robert Laking (again!) & Gurnoor Bedi for Lost More (Apple Tags) and Harry Pfiszter & Herman Ulberg for two wins in this category for Oh! The Child Like Joy and Mind of their Own (both for Apple Tags).

“Some huge-sombrero-sized-hats off to our Design category winners: Harry Pfiszter and Herman Ulberg again for Childlike Joy (Apple Tags); Jack Becroft (again!) and Bella Griffiths for The Last Place You Look (Apple Tags) and to David Gillard & Anja Pienaar for Lose Lost Property (Apple Tags), who also won in the Outdoor category for another take on Apple Tags with Taking the fun out of losing things.

“And, in the AdStars Branded Video category, congratulations to Harry Pfiszter & Max Haymes for Twitch Rush (Amazon);David Gillard & Kevin Ng for Audible Oratory (Amazon); Michael Gillard & Jaymie Donovan for Revenge Block (Durex); and Anja Pienaar & Elissa Shaw for Recycle the Cycles (Do The Green Thing) and a triple whammy to Max Haymes & Kevin Ng for Fine is a four letter word (Walkers Crisps) which not only won in this category and the Film category for AdStars, but also (drum roll) scored a lovely, big Yellow Pencil win at the 2022 D&AD New Blood Show.

“Special mention to 2021 alumni: Maria Masniak for her triple finalist win in the PR, Integrated and Media categories for M (Mars) and to Bayleigh Way & Sam Isaacs for Penguin Cup (Penguin), which not only won in the Brand Experience & Activation category for AdStars but also scored a D&AD Wood Pencil at the D&AD New Blood Show.

“And, a couple of high fives to our Student Orca finalists, Kevin Ng & Elissa Shaw for Main Character Energy and Harry Pfiszter & Letitia McKenzie for All You Saw.’

“It’s a great haul across a number of categories, which means every component area we’ve have taught so far this year has been acknowledged by industry judges both nationally and internationally.

“We couldn’t, however, have done that without input from industry-so, a big shout-out to the  industry guests who came in to critique specific projects – Michael Tam (global design director IBM iX); Jeneal Rohrback (Marsden Inch) and the inestimable Andy Blood who is, as always, moving fast and breaking things.

“We really couldn’t have done it without you.”