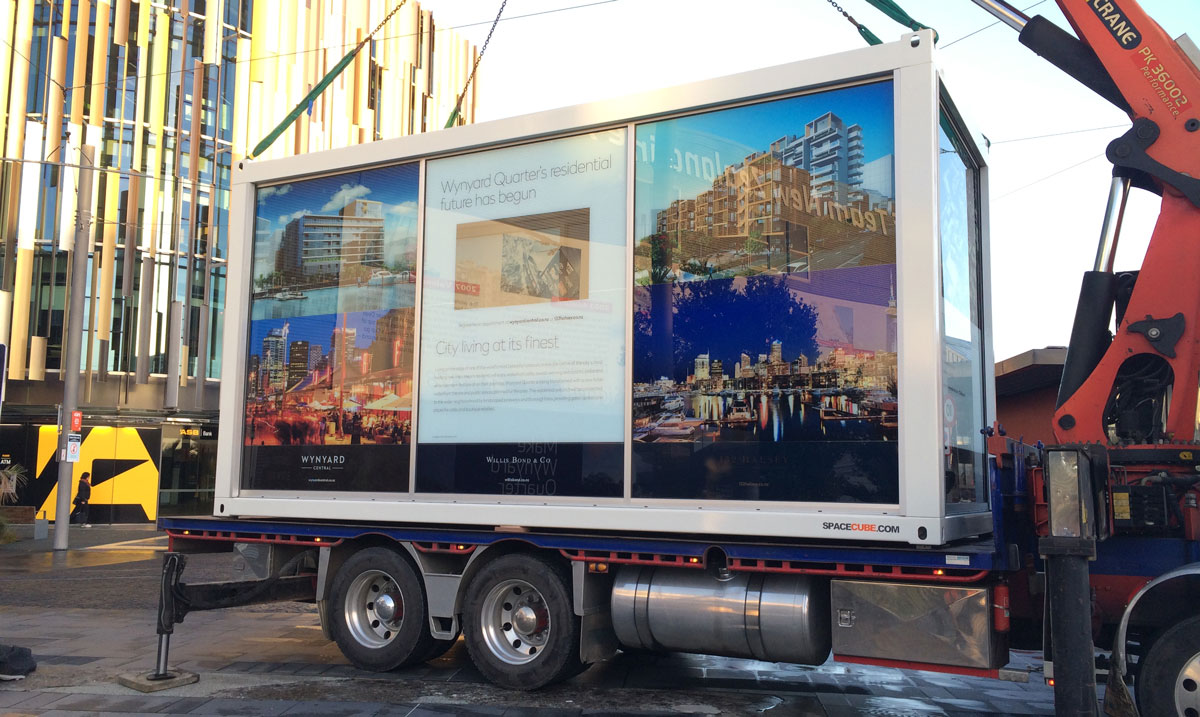 Property developer Willis Bond & Co has moved its innovative SpaceCube – effectively a 3D billboard, lit from the inside – on to Karanga Plaza, at Halsey Wharf in front of the Viaduct Events Centre near the Wynyard Quarter. Auckland agency Republik designed the ads on each surface.

The SpaceCube’s ads feature information about the company’s residential development projects at 132 Halsey and Wynyard Central.

Every two or three weeks the 2.7m x 2.4m x 6m cube will be moved to different locations around the site and different parts of the inner-city, says Roger Twose, Willis Bond & Co project director.

SpaceCube is a global medium. “EventBase is the New Zealand SpaceCube agent and they recommended it as a portable billboard for capturing the attention of visitors and people working in Wynyard Quarter,” Twose says.

“The SpaceCube features images and information for potential buyers interested in living in this part of the city.

“Because 132 Halsey and Wynyard Central are future developments, our imagery and animated videos are very important tools to show audiences what living, working and relaxing in Wynyard Quarter would look like.

“Having a large canvas such as the SpaceCube as a crowd magnet is not only a novelty but also a very practical ad medium,” Twose said.