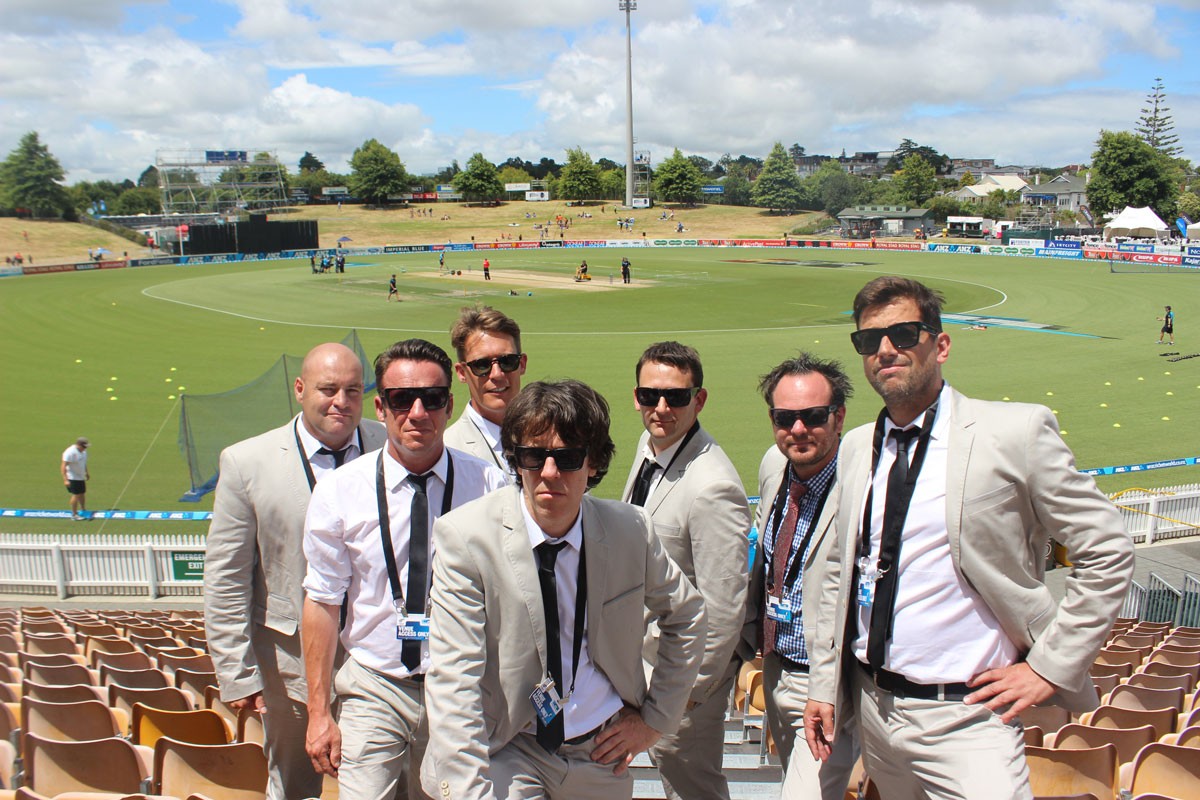 Cricket fans with a penchant for caravans and quirky observation rejoice – The Alternative Commentary Collective’s cricket commentary returns to iHeartRadio NZ when New Zealand takes on South Africa at Mt Maunganui on Tuesday.

The ACC delivers eccentric ball-by-ball commentary and offbeat analysis to New Zealand cricket fans all around the world, via a dedicated stream on iHeartRadio.co.nz.

Captain Jeremy Wells said the team was preparing to take up residence in a 1975 Sprite Alpine caravan that will once again be on the boundary rope at all of this summer’s home one-day international cricket matches.

“Seven reasonably unhygienic grown men in eight square metres of caravan becomes a war of attrition after eight hours,” Wells said. “It all looks incredibly glamorous with our expensive Hallenstein’s suits and ties, but it’s gruelling work in there. And we have to do it 12 times this summer.”

Wells said he was confident the team could do a decent follow-up to last season’s commentary debut. “We’re sick of talking about Difficult Second Album Syndrome and we’re keen to avoid it – it’d help if Brendon and the Black Caps keep playing magnificently. New Zealand hasn’t lost a game since we’ve been in the caravan doing this so as a badly dressed rabble of talismans we’re feeling the pressure.”

The ACC is the brainchild of Wells, a Parnell social cricketer and one of the most hated people in Gore, along with Beige Brigade co-founder Mike Lane. This summer they will be joined by celebrity chef Leigh Hart, hairdresser Lee Baker, parenting columnist Matt Heath, part-time zombie Jason Hoyte, and fashion blogger Paul Ford.

Lane said the idea was born out of a desire to provide cricket fans with something different. “We love traditional cricket commentary but it’s incredibly formulaic and orthodox. Most of The ACC are hopeless cricket tragics, cricket fans and crap players, and that brings in a different dimension – a more ridiculous one that makes for decent banter.”

Wells said the established cricket commentary teams have been incredibly supportive. “I think Bryan Waddle said hello to a couple of the guys last summer which was massively inspiring. He’d heard good things about our Waddle shrine and he was rapt to hear a lot of the NZ dressing room had tuned in to The ACC.”