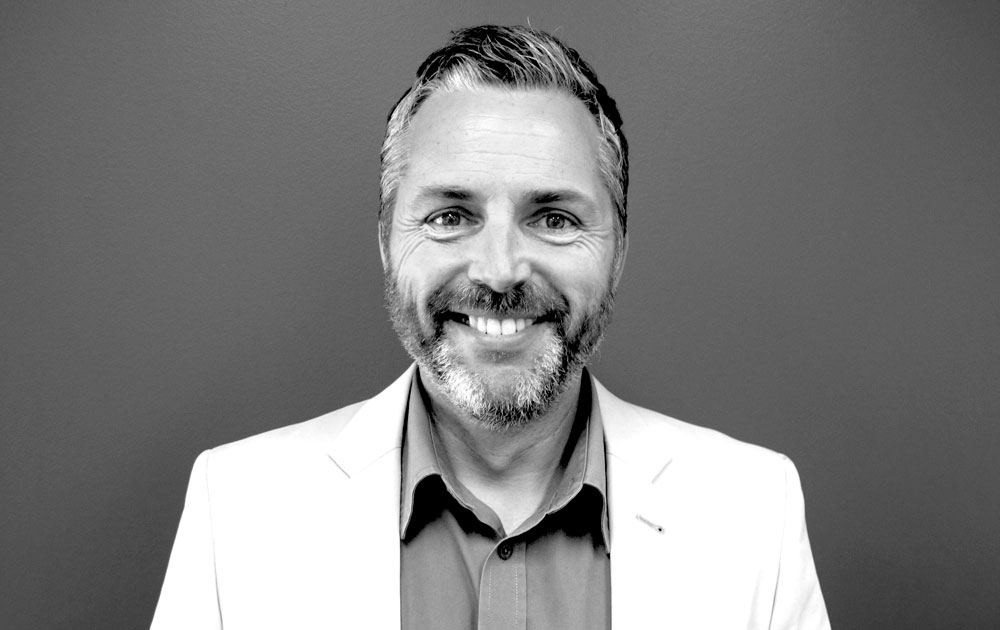 The crew at We Are Social have released their weighty annual report into digital, covering 30 markets – and it gets better with each year, writes Big Mobile Group CCO/partner Graham Christie. He says they should be applauded on the hard work to stare down the enormity of the task, compile data, make sense of it all, and present it clearly.

Before getting into some key headlines, three things are very apparent this year. Firstly just how Mobile is in the marketing driving seat now globally. We should know this, but when you see it in the majority of global, regional or country charts, and whether the information relates to a newly emerging or wholly established advanced marketplace, it is the consistency that’s noteworthy.

Secondly, that APAC is already the biggest mobile region, but it has however barely started its growth phase – the numbers, sheer heft, and room for growth is eye-watering. And lastly there are several strings to the mobile bow – it’s not about content, or games, or social, or ecommerce, or video, or advertising, but more and more about many of these interlinked with each other.

Mobile first, then desktop-friendly – not the other way around

So to the headlines. APAC’s total population stands at just over 4 billion, with 1.4 billion being active internet users, and a 3.7 billion-strong mobile subscriber base (that’s 93% of the population). The implication is clear: that the ecosystem that supports the internet and its monetisation will increasingly and inevitably become mobile-first, followed by being desktop friendly, (and not the other way around).

If you look at mobile’s share of web traffic across APAC markets, (with a global average of 33%), we see India at the top (72%), followed by Indonesia (59%), Thailand (36%), Malaysia (35%), Singapore (34%). With the exception of Singapore, these are rapidly becoming mobile-first markets that have to deal less with the paradox of being an ‘advanced’ market place with legacy desktop baggage, such as Australia for instance scoring (26%), very similar to the US, and UK incidentally.

Japan and South Korea today are juggernauts of mobile adoption, but I think we’ll see these other emerging SEA markets influencing far more in the years to come. The caveat on this is the quality and depth of mobile broadband network infrastructure.

In the report, Indonesia and Malaysia, while above global average, are below that of Japan, Australia, and South Korea.

If we take history as a guide, the other component that needs to change is the type of billing relationship users have with their telecoms providers. Indonesia is 99% pre-pay, and Japan 99% post-pay, for instance.

Need I say more? An individual with multiple devices and multiple telecoms providers is a feature of emerging and somewhat chaotic markets, a function of the explosion of wireless services, and of aggressive well-funded networks, plus often-stiff messaging app competition. This will consolidate over time, and will raise absolute levels of usage which is a little counter intuitive, but that’s what the data tells me, and the experience of older markets. 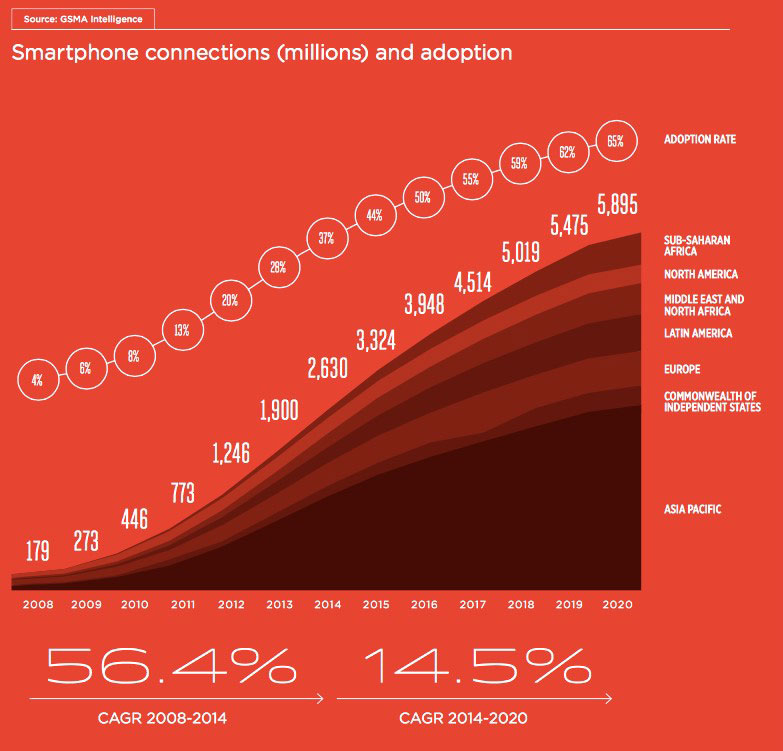 APAC – also the leading mobile region into the future

Separately the GSMA, the association that represents the world’s telecoms companies, has published its 2015 report; you can download it at www.GSMAMobileEconomy.com. These reports are not too heavy, visually impactful, and packed with great information.

Also, Carat has released its latest forecast report showing global growth at 15.7% in 2015. Mobile, it says, will account for 50% of that growth, and online video 21%. Asia-Pacific will be the biggest growing region with 5.2% in 2015 with digital returning a total of 20.1%.

Lastly on the market data front, eMarketer has forecasted that mobile spend will double in advanced Asian markets, citing specifically Japan, where mobile internet ads already accounts for 28.6% of digital spending, rising significantly to 59.6% by 2018.

It would be odd not to mention SXSW. The event has reached mature adulthood – well kind of. You can tell this, as the detractors were out in force asking how it’s lost its mojo, and the opposing fan boys are out saying it’s every bit as relevant as ever.

The consensus was that the over-indulgence exhibited by big brands in previous years was not as evident, and the event returned to its new-tech routes, which was on the whole liked.

The star of the show in terms of sheer buzz was Meerkat, a new social video app, and what many view as the epitome of a great tech start-up – in fact it was touted as the sexiest new breakout hit since Foursquare in 2009.

The immaculate timing and staging of the market showcasing included an unexpected cameo role performed admirably by Twitter who announced the purchase of a Meerkat rival, and in parallel, that they were removing a new user contacts onboarding feature that Meerkat had enjoyed in the first three weeks of it’s life.

How deliciously dastardly of Twitter to attempt to nobble a newborn. The resulting noise catapulted Meerkat into a near-Earth orbit, and Twitter I’m sure got what they wanted out of the circus.

But Meerkat’s fortunes since have of course been a dreadful thing to witness. Aside from Meerkat, there were robots; Virtual Reality took another physical leap forward; wearables (although an absence of Glassholes), and controversial panellists aplenty. Look for Cnet for a consumer tech review of the event, and the events website for speaker and panel content.

Big Mobile’s NZ base is at: