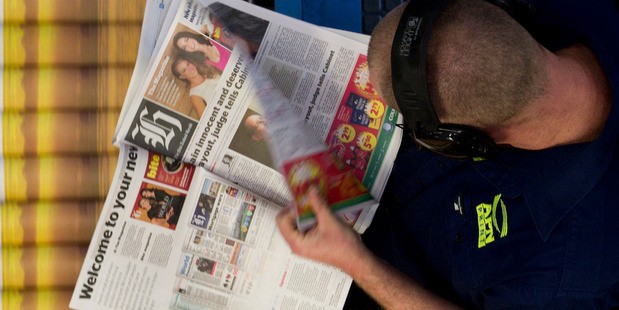 APN News & Media has told the Australian Securities Exchange it is seriously considering spinning off its New Zealand media assets, with an IPO one potential option.

The company’s main assets in this country are the NZ Herald, The Radio Network, NZHerald.co.nz and GrabOne.

In a statement made to the ASX yesterday the company, which posted improved financial results for the first half of the year last month, the company said it is starting to see traction with a new cross-platform advertising offering it started under new NZ CEO Jane Hastings. (Read more about the NZ result here).

The full APN statement released to the ASX:

APN has retained Grant Samuel to assist in the process, with an IPO and NZX listing of APN New Zealand being one consideration. Collectively APN’s print, radio and digital assets represent New Zealand’s pre-eminent media and entertainment business with market leading brands such as The New Zealand Herald, Newstalk ZB, ZM and GrabOne.

In May, APN announced the appointment of Jane Hastings to the newly created role of Chief Executive Officer of APN New Zealand. Under her leadership, APN New Zealand is focusing on business improvement to ensure closer collaboration between all APN’s media businesses.

This includes the establishment of APN ‘Collaborative Media Solutions’, which provides clients with access to advertising packages that leverage APN’s extensive audience through its newspapers, magazines, radio and digital channels.

Hastings says the move has only just begun but is starting to pay off for APN New Zealand. “We are seeing a positive response from big advertisers and the Group sees this as a key future strategy, she said.

“Further announcements will be made as appropriate.”