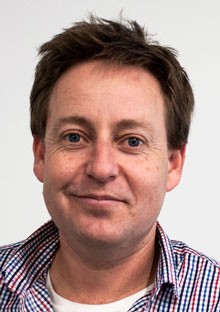 MediaWorks Radio has appointed Leon Wratt as group content director – music: In this new role, he will be responsible for the company’s music brands, The Edge, The Rock, More FM, The Breeze, The Sound, Mai FM, Kiwi FM, George, Coromandel FM, Radio Dunedin and Times FM.

Wratt has a 23-year-career with MediaWorks, most recently being both programme director for The Edge, and General Manager for Mai FM.  He replaces Andrew Szusterman, who was promoted to the newly created role of group content & entertainment brand director earlier this month (www.mad-daily.com/?s=Szusterman).

“Leon brings exceptional programming talents and proven success building multi-platform music and entertainment brands to his new role,” MediaWorks Radio CEO Wendy Palmer said. “He is one of the driving forces behind the success of The Edge, most recently launching The Edge TV.

Leon Wratt says: “I’m incredibly proud to be leading the radio content team.  We have the most loved radio brands and people, both on air and behind-the-scenes, and I am excited to be able to build on the excellent work we are already doing, and create new content and revenue opportunities across the MediaWorks Group.”

Wratt’s 23-year career with MediaWorks started at Energy FM in Taranaki. He has been a key part of the team who grew The Edge from a Hamilton radio station with 15,000 listeners, to the #1 radio brand in the country, with 454,400 people tuning in each week, the #1 radio website (theedge.co.nz)^, and the #1 music television channel, The Edge TV.#  At the 2014 NZ Radio Awards, The Edge was awarded Station of the Year, ‘The Blackie’, the Sir Paul Holmes Broadcaster of the Year and Best Music Breakfast Show.  As General Manager for Mai FM, Wratt has also overseen exceptional growth in the hip hop and R&B brand, which is now the station with the most listeners in the Auckland 18-34 demographic.