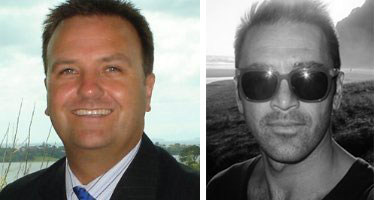 He also played a leading role in the recent group-wide programme that resulted in the sales of Tower’s life insurance, health insurance and investment management businesses, as well as developing stand-alone audited accounts for each.

In March this year he was named the country’s top chief financial officer at the New Zealand CFO Awards.

“My experience is focused on managing large scale and diverse assets to create clear analysis and strategy for growth,” says Boggs. “At Tower I led a strategic financial review which culminated in the development of a five-year growth strategy.

“I am looking forward to working with an outstanding team of people at NZME who are focused on making a difference for customers, staff and shareholders.”

Boggs begins his new role in the New Year.

Film Construction says they’re excited to add Chris Sisarich to their filmmaking family: Chris’s eloquent visual style as a director comes from his years as an international fashion and advertising photographer. He is sold on beautiful imagery as a key way to create story, and brings this sensibility to every project.

“Being trained to tell a story in a single frame is a useful skill,”he says. “And I love adding movement, rhythm, and character to the tool set.”

Sisarich has shot in Prague, LA, Egypt, Sydney, from the deserts of Mali to downtown New York, and has exhibited work in New York, San Diego and Auckland. In 2013 his work was recognised by Lurzer’s Archive in their ‘Top 200 Advertising Photographers Worldwide’. He’s also become widely known as a judge on the Next Top Model franchise, and for several roles in international TVCs.

Executive Producer Tim Pietranski said: “As well as his vast photographic knowledge, Chris’s experiences in front of the camera have made a definite mark on his directorial style. He talks to talent with real insight, knowledge and empathy.”

Bruce Pilbrow, Film Construction Group Managing Director, said: “Chris’s appointment is one of a number of new people, developments, and initiatives  that are reshaping the company. Chris brings an excitement and energy to our team. And above all he’s a top bloke”