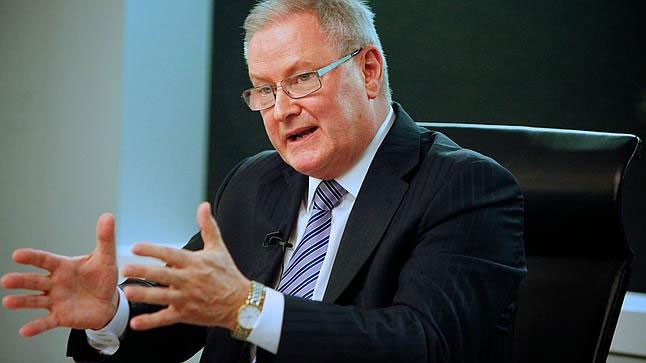 His departure from Australia followed a revamp of Telstra Media’s senior management team, which led to Ellis’s portfolio significantly reduced.

Telstra Media enlisted Ellis two years ago to help transform the company from a telco into a media company.

He had two stints at TVNZ – both as ceo (February 1998-May 2002 and July 2006-December 2011), where he introduced many changes, including the introduction of digital channels and the development of online services.

With Ellis at the helm, Telstra continued to acquire significant digital rights, including the NRL, and has played an key role in the growth of the Telstra T-Box.

”Rick has served Telstra well through an intense period of change,” said Telstra ceo David Thodey in a release. “He was a key member of the Telstra leadership team and achieved major outcomes with our Foxtel working relationship and Sensis partnership with Platinum.”

Te Papa chairman Evan Williams said, “We are excited by the depth of leadership experience that Mr Ellis is bringing to Te Papa. When we began our search for a new chief executive, we decided that we needed someone who could provide inspirational leadership and move Te Papa’s capabilities to a different level in all respects – including capital and asset management, intellectual capacity, curatorial and audience engagement and financial and operating capability.

“This will require a shift in the culture of the organisation. We believe Mr Ellis has the right skills and experience to lead this.

“His extensive background in digital media offers so much to Te Papa as we extend beyond the walls of our buildings. He has a passion for making Te Papa available for everyone in New Zealand and he has also accepted our brief to build a succession plan based on fostering New Zealand-based talent.

“While Mr Ellis has not worked in the museums sector, we believe his time at TVNZ is particularly relevant, leading a public sector organisation responsible for delivering content that is enjoyed and valued by New Zealanders and working with creative teams and cultural issues in a very public space. With the strength of our excellent curatorial team alongside him, we are confident he will build on Te Papa’s existing strengths and take Te Papa to a new level of performance and excellence.

“On behalf of the Board I would like to thank acting chief executive Arapata Hakiwai, who will remain in his role as Kaihautū, and David Robinson, who stepped up to the role of chief operating officer, for their hard work and professionalism during the transition period.”

Ellis said, “I am delighted to be joining an iconic organisation with such an important role to play as New Zealand’s national museum. Te Papa has a strong vision for the future to change hearts, change minds and change lives, as well as exciting events in the near future with the WWI Gallipoli exhibition and the development of Te Papa’s national collections and storage facility in Manukau.

“I’m looking forward to working with the Te Papa team to help strengthen a national treasure that Kiwis can be proud of.”

Ellis will begin his role at Te Papa on Monday 24 November.