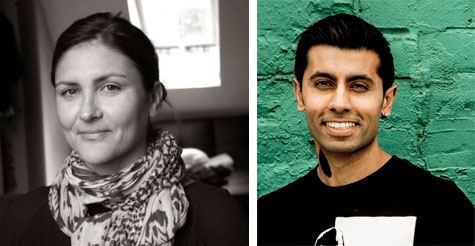 “I have long admired Jess’s work and we are flattered that she has chosen us to rep her here,” said Thieves executive producer Nik Beachman.

Chemistry Interaction has bolstered its creative offering with the hire of Kishan Chopra, an award-winning integrated art director who has recently returned to New Zealand from two years at MRM Meteorite in London.

After a three month placement at Chemistry, Chopra will be forming a permanent creative partnership with copywriter Bronwyn Retief. “I wanted to feel instrumental in the growth of an agency,” he said.

“Having only been around for three years, Chemistry seems primed for awesomeness. After what’s been a crazy three months, I’m stoked to be a part of the team.”

Chemistry CD Susan Young said: “We’re delighted to have another great talent joining the Chemistry family. Bronwyn and Kishan have already done some beautiful work for IAG, Sovereign, Samsung, Serta and Cancer Society, and we can’t wait to see what they’re going to do next.

“We now have three full-time creative teams, which means we’re really growing up – and out.”