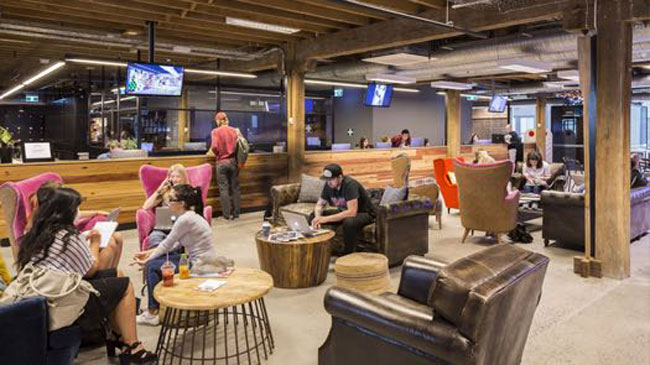 After two years of discussion and planning the MDS Creative Advertising course opens its doors in February next year at the Torrens University Campus in Sydney.

“And feedback from Australian ECDs on our student books has always been overwhelmingly positive, so we’ve always known there was a market over there for the course but we didn’t want to just barge in willy-nilly.

“We knew that we needed to offer something that could work with Sydney’s existing advertising courses, whilst also offering something significantly different in the marketplace.

Mirror on Auckland
“We’ve always operated on the core belief that the only way to learn to work in a creative department is to be in one, so the Sydney course will mirror the creative department simulation of the Auckland course with a full day, five-day week, year-long course that tests the students out with brief after brief; competition after competition; and with constant feedback from industry panels, mentors, guests and a full-time tutor (with at least 10 years’ experience working as an advertising creative) working with the students on the ground every day.

“It’s a formula that works, because it allows the tutor to take ownership of the course and run the place as its creative director – challenging every single student to be fearless and bold, whilst keeping an eagle eye out on how they’re working out in teams.

“As with the Auckland course, content won’t be slavishly divided between traditional and new, but will be grounded in the core principles that underlie both; and art directors and copywriters will not be parcelled off into different lectures.

“We kept these ingredients the same because we want to ensure the Sydney programme is underpinned by the rigor of a well-tested course – one that’s always got results both in terms of awards and student employment.

“The focus on getting students into agencies and ensuring they thrive when they get there is what got the MDS course ranked in the five most creative schools in the world by Young Guns.

“The Auckland course has only just finished but almost all the teams have either jumped straight into employment, are on internships or have been offered internships in Auckland, Wellington and Sydney.”

Postgrad qualification
Humphries continued: “What’s different about the Sydney offering is it will be a postgrad qualification; one that’s going to be single-minded about pushing the students’ ability to have genuine insights; and one that acknowledges the need for broader, quicker, craft skills that will enable grads to not only create ad campaigns, but also competition or client-ready decks or case study films that can persuasively present brand purpose in innovative new product and service ideas.

Another reason for it being a postgrad course is because whilst there’s plenty of undergraduate degrees in Sydney in graphic design, media design, communications, digital communications, film, animation and the humanities – we know from our Auckland experience that those students often emerge at the end of their degrees desperate to get a career that allows them to not only produce but also come up with their own ideas.

Dreams into steroids
“The role MDS can play in that mix is to put their dreams on steroids by turning them, in a single year, into an oven-ready ad creative. MDS also worked hard to ensure the programme is a fully credited one – so the students can be funded while they’re working hard.

It’s going to be a qualification that grows creative students for immediate employment in creative departments, but it’s also going to be about nurturing in them the lifelong skills of a commercial creative: a pro-active, problem-solving, nimble individual able to use a brand purpose in a flexible, broader way that changes, as what we know as advertising changes. We’re excited by it, and we’re really looking forward to working with the industry that gave us Nick Law and David Droga.”