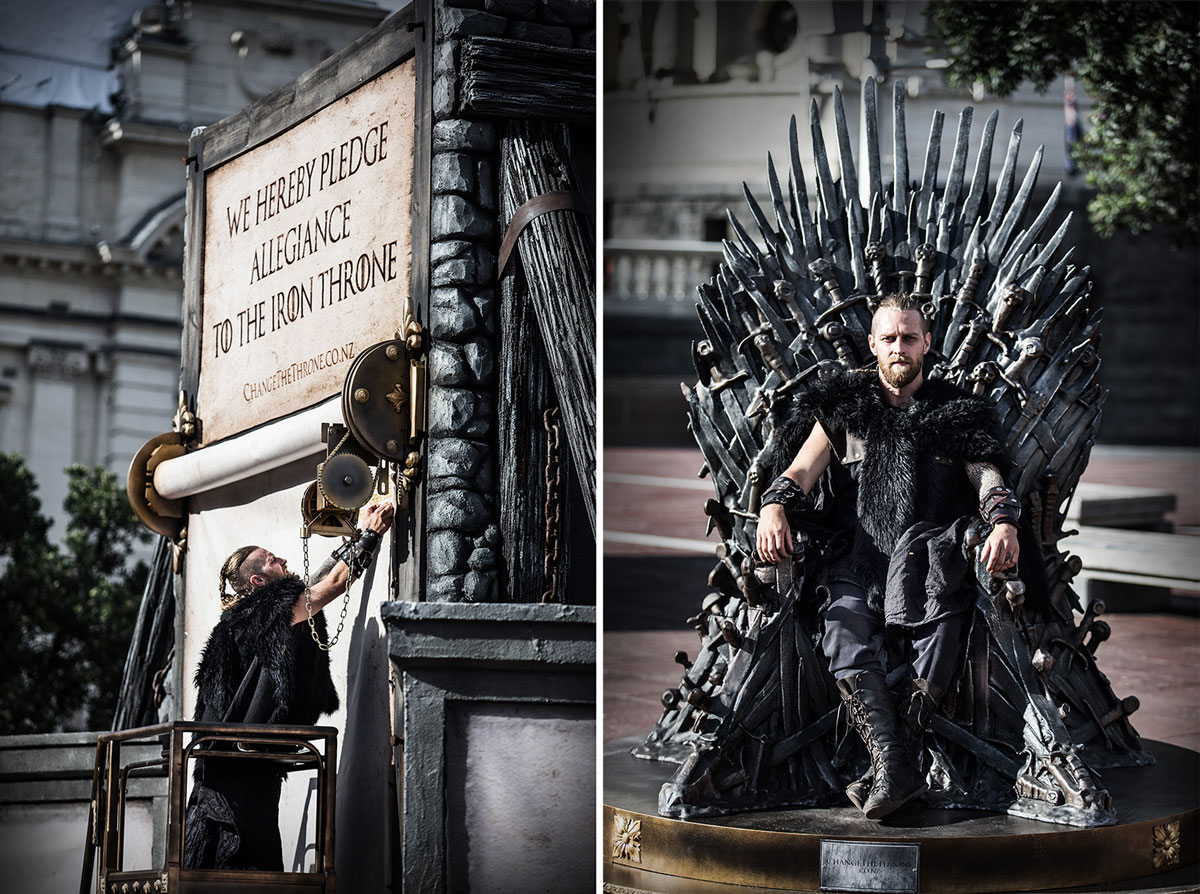 In anticipation of the launch of the fifth season of the cult HBO TV series Game of Thrones, SKY’s premium entertainment channel SoHo – via DDB – is offering Kiwis the chance to pledge their allegiance to the Iron Throne of Westeros.

Game of Thrones fans can now scorn scones and corgis and make their voices heard by signing a petition in favour of a Westeros Kingdom reign over the current Windsor Castle rule. Kiwis can pledge their allegiance at www.changethethrone.co.nz or in person at the movement hub in Aotea Square, Auckland. If enough names are pledged to the Iron Throne, the fans’ calls will be demanded to be heard.

As well as the activity in Aotea Square, Kiwis can sign the petition in other Auckland locations, in Wellington and Christchurch.

A live update of those who have pledged takes the form of a giant scroll in Aotea Square exhibiting the names. Once fans have made the pledge, they are able to sit on a two metre replica of the Iron Throne “to feel its power and glory” and have a photo captured to share on social media.

“Game of Thrones fans are such diehard supporters, so it’s highly likely they’ll jump at the chance to swap out the monarchy for one that rules with a sword, punishes with a sword and even parties with a sword,” said SKY director of marketing Mike Watson. “So if you’ve always fancied the idea of riding a dragon to work, here’s your chance to sign up now.”

Fans are able to follow the conversation using the hashtag #changethethrone on social media and stay updated on the campaign progress at www.changethethrone.co.nz, and monitor the progress as provenances throughout the land one by one favour a Westeros rule and, for example, Auckland becomes ‘Aucklantis’.