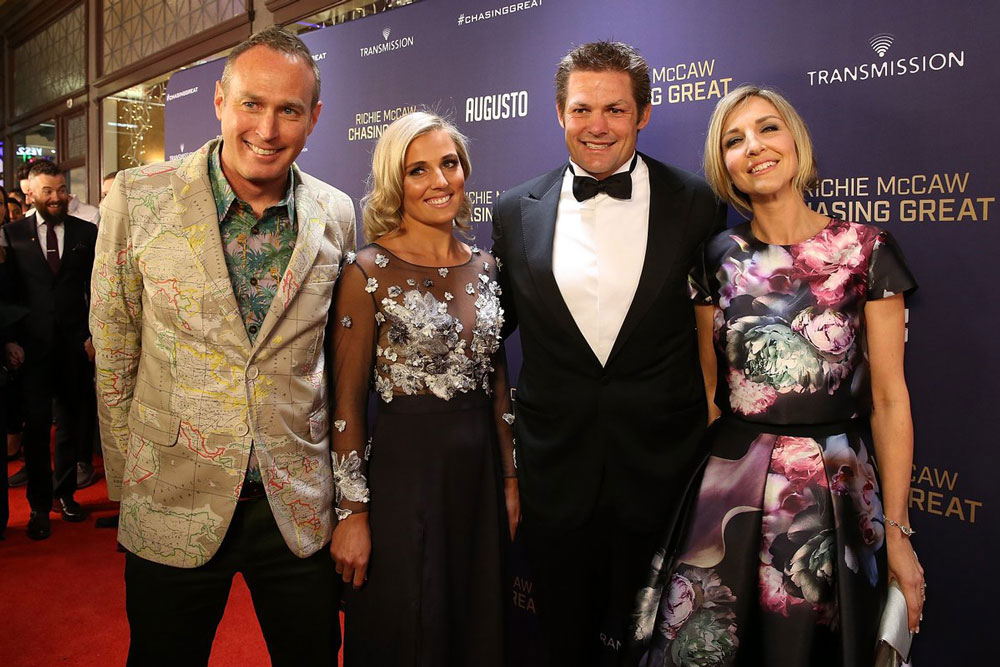 New Zealanders are flocking to Augusto’s first movie, Chasing Great – the story of our much-loved All Black Richie McCaw. The film has opened in cinemas around the country after its premier earlier this week.

Chasing Great soared to the top of the New Zealand box office overnight, opening at number one spot ahead of Bad Moms. The opening day figure was $89,186 off 97 screens, a record breaking opening day for a NZ documentary.

The film launched in New Zealand with a star-studded, sold out premiere on Tuesday night in Auckland, attended by Augusto staffers who walked the red carpet with McCaw and celebrities including Lorde.

Chasing Great takes us inside the world of Richie McCaw telling the story of his rise from shy farm boy to All Black hero.

The movie was directed by Michelle Walshe (Augusto founder and managing director) and Justin Pemberton (Emmy nominated director of the Golden Hour). Walshe was given unprecedented access to Richie as he went through his final season captaining the All Blacks as they attempted first ever back-to-back Rugby World Cup wins.

“It’s a story that will inspire people of all ages.”

The documentary took nearly two years and features unseen video footage of McCaw’s younger life, his dreams to be an All Black, interviews with team mates, the controversy and the glory.

The film adds to Augusto’s credits in the entertainment sphere having already developed and produced the comedy series Short Poppies featuring Rhys Darby for TVNZ and Netflix, children’s series Kune’s Kitchen for TVNZ, and the soon to be released documentary series Everest Rescue for Discovery Networks International.

“As a director, projects like Chasing Great are enormously rewarding from a creative stand point.

But we’re also excited about the fact that Augusto’s business model also allows us to be entrepreneurial when it comes to funding and producing our own works. It’s also a great opportunity for our staff with everyone playing support,” says Walshe.

Transmission Films General Manager Michael Eldred said: “The outstanding opening day for Chasing Great is just reward for both the filmmakers and Richie. They have made a compelling film that gives a phenomenal insight into the psychology of success and endurance.

Chasing Great is rated G and is tipped to be a big Father’s Day hit this weekend with family audiences.