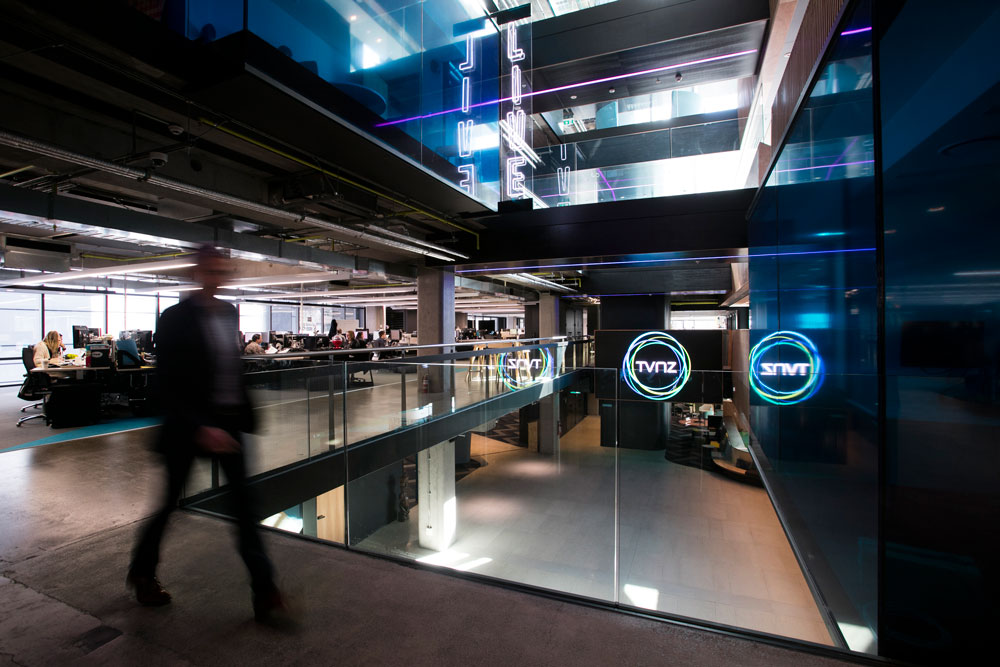 The three-year refurbishment of TVNZ’s Auckland headquarters has ended with the new building officially re-opened by the prime minister this morning – 26 years after its first opening by the Queen in 1990.

TVNZ’s Chair Joan Withers says TVNZ’s building upgrade is an important investment in the company’s future. “It positions TVNZ to keep pace with the dynamic changes occurring within the world of media and strengthens its place as New Zealand’s video content leader.

“The upgrade has been more than just refurbishing the building – behind the scenes we have bought a pre-internet building up to the standard required for today’s digitally enabled world.”

TVNZ now has a fully integrated content management system to support the automated delivery of video content to all its on air and online platforms.

The three year $60.3 million project was funded from proceeds from TVNZ’s sale of land and buildings in Auckland and Wellington, and two years of dividend relief granted by the Government. “A recent independent assessment values the land and refurbished building at $118m which more than justifies our decision to upgrade,” says Joan Withers.

TVNZ’s Chief Executive Kevin Kenrick says the new building has set the scene for changes in TVNZ’s work culture. “The re-designed building has brought our Auckland team together under one roof for the first time. It has created new workspaces that are open, connected and flexible, and this is enabling stronger collaboration and creativity throughout the business.”

“Our guiding principle was to create an open and live environment. We wanted more than just an office; we wanted to create the home of New Zealand’s video content. News is the foundation of our content offering and it’s now proudly showcased at the heart of our building. Visitors will be able to feel the unique buzz and energy that comes from a live media environment.”

Auckland staff were housed in two locations for the duration of the project. Two thirds of TVNZ’s workforce moved 200 metres down the road to separate offices. TVNZ’s newsroom and on air production teams stayed on through the build process to keep live operations going.

Kevin Kenrick says: “Anyone who has lived through a building refurbishment understands how disruptive it can be, and for our team to have grown share of audiences and advertising revenue during this period is testament to the resilience and commitment of our people. 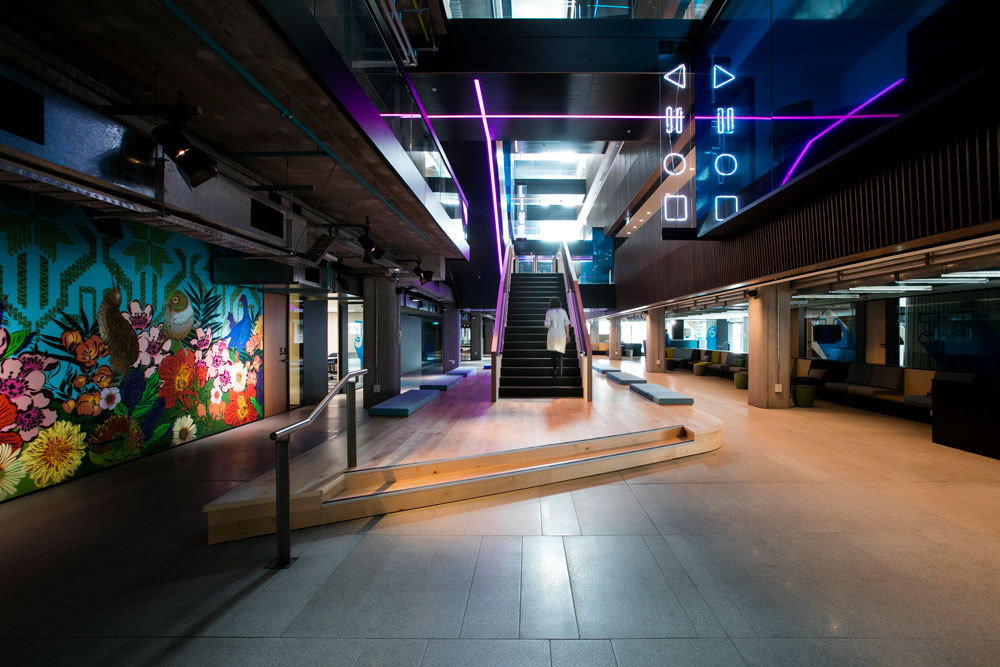