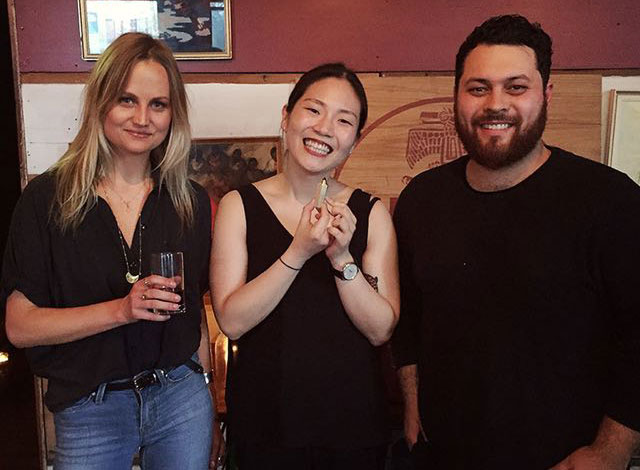 Lee was among nine students who were tutored by representatives of Colenso BBDO and DDB.

Before a crowd of industry professionals and supporters, AWARD School head Brett Colliver, Creative Director at DDB said: “Congratulations to all of this year’s graduates. AWARD School is a gruelling 12 weeks, but I think the results were worth the pain.

Particular congratulations go to our winner, Gigi, and a huge thanks also go to our tutors and lecturers who volunteered their time throughout the course – Liz Richards and Nicholas Dellabarca from DDB, and Jordan Dale and Clemens Zlami from Colenso BBDO.

“The whole class made the judges’ decision really hard this year,” Zlami said. “There was a lot of great talent, and Gigi stood out with great improvement every week. She started from the bottom, now she’s here.”

About AWARD School
AWARD School is a 12-week intensive course for people who want to become Creatives, Copywriters or Art Directors in the communications industry. It is a course about ideas, creative thinking and processes involved in coming up with great ideas. The course consists of evening lectures and tutorials by industry practitioners. To be accepted into the course, each person must submit a portfolio of work based on the brief set by the Heads of AWARD School.

About AWARD
AWARD was founded more than 30 years ago. AWARD, powered by The Communications Council, counts some of the finest creative minds from Australia, New Zealand and South East Asia amongst its members. AWARD is a community of like-minded and passionate individuals galvanised by the sole aim of raising creative standards in all forms of commercial communication. It is a non-political, non-profit organisation.