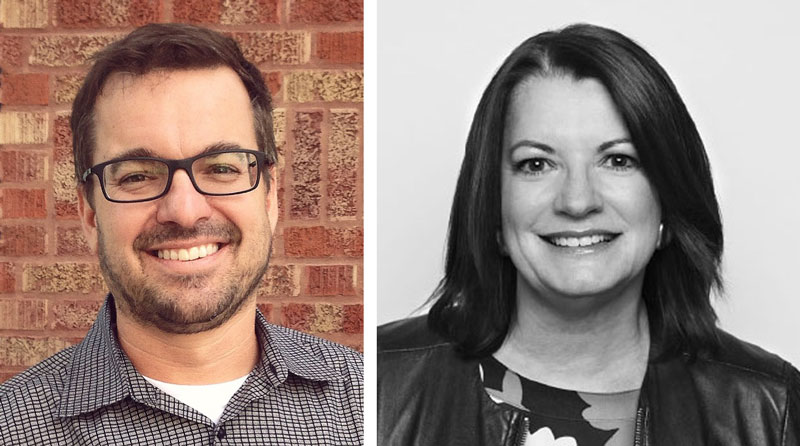 CAANZ has unveiled its two international judges for this year’s Axis Awards. Chuck Rachford (from the US) and Australian Nancy Hartley will work alongside the team of six NZ based jury presidents in the lead-up to show night at the Viaduct Events Centre on Thursday 16 March.

Rachford is ECD at the US office of highly regarded Canadian agency Cossette. He has spent the past 21 years writing for and leading the creative charge for major brands like Bud Light, McDonald’s, Mars (Milky Way, Starburst) and Miller Genuine Draft.

He’s won 11 London International Awards, 10 Cannes Lions (including two Grand Prix), an Emmy nomination, TBS Funniest Commercial of the Year, a Superbowl commercial that finished #1 in the USA Today Ad Meter poll as well as six other commercials as writer or CD in the top 10 of USA Today Ad Meter. He’s also won at the Clios, One Show, and the Andys.

Honorary Kiwi
Nancy Hartley is Creative Partner of Rumble Creative & Media, the Australian independent agency she formed in 2014 with her creative partner of 14 years James Burchill. The pair were long-time ECDs of agencies both independent and multi-national and led the creative team on the ground-breaking Best Job in the World campaign for Tourism Queensland.

Hartley represented Australia as a juror at Cannes for the second time in 2016, and has judged most major award shows including D&AD, One Show, Spikes Asia, Dubai Lynx, and AWARD.

She made the list of Ad Age Top 10 Creative Directors Worldwide in 2009, was in the Australian Creative ‘Power 20’ in 2011 and Ad News Top 10 Women to Watch in 2011. Her agency Rumble was named Independent Agency of the Year at Adfest 2016.

She hopes having two Taika Waititi movies in her top 10 favourites of all time qualifies her as an honorary Kiwi.