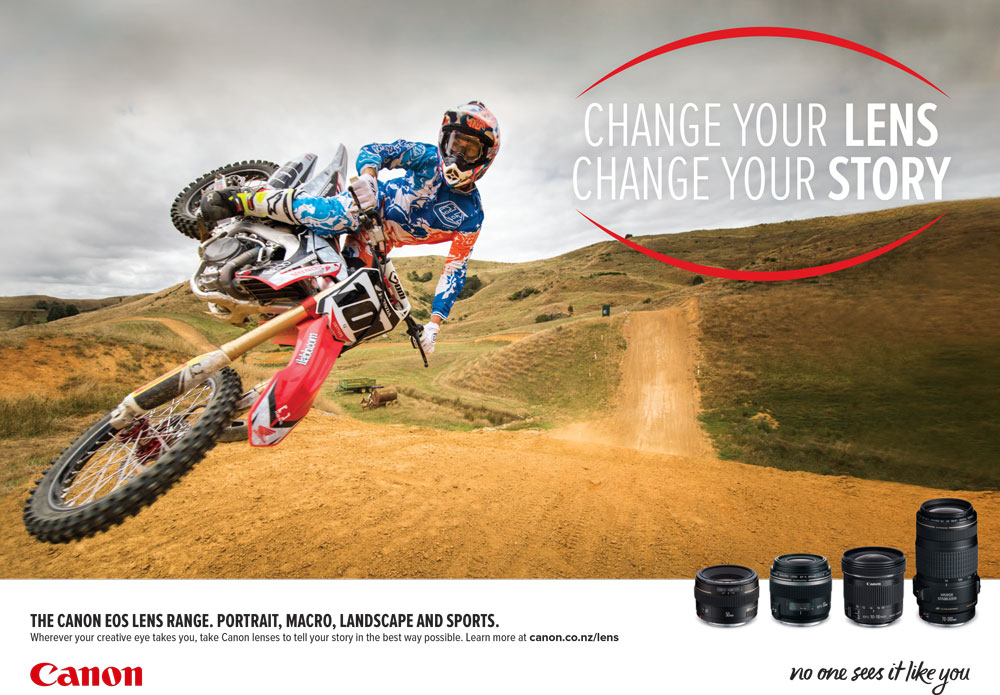 The story shows how changing your lens can take your photography to the next level. Change your lens, change your story follows professional photographer Graeme Murray and pro-snowboarder and entry level photographer Leon Thomason as they show how different lenses give the same scene a completely different look and feel.

“We sent Graeme and Leon to two amazing locations – the North King Country Motorcycle Club and Castle Rock – and captured the whole experience as they explore how a different lens can transform what you capture.” said Rochelle Mora, Canon consumer marketing manager.

“Changing a lens is such an affordable way for any photographer to gain inspiration and be more creative with their photography,” she said. “We want to inspire people to achieve more than they thought they could with their cameras and lenses, and this campaign aims to demonstrate the incredible results that are possible.”

“This has been an incredibly inspiring project to be involved,” said bcg2 Creative Director Robin Powell. “The response and feedback from photographers has been brilliant.

“So far the views achieved on Canon’s website have exceeded their original target by 1000% and the work has won the attention of other regional Canon offices.”

For anyone needing further inspiration, the film supports a competition to win a Canon prize package including a day shooting with Graeme Murray, a photo published in NZ Geographic Magazine, plus $2000 worth of Canon Dollars to upgrade your lenses. The competition closes on 2 August 2015. 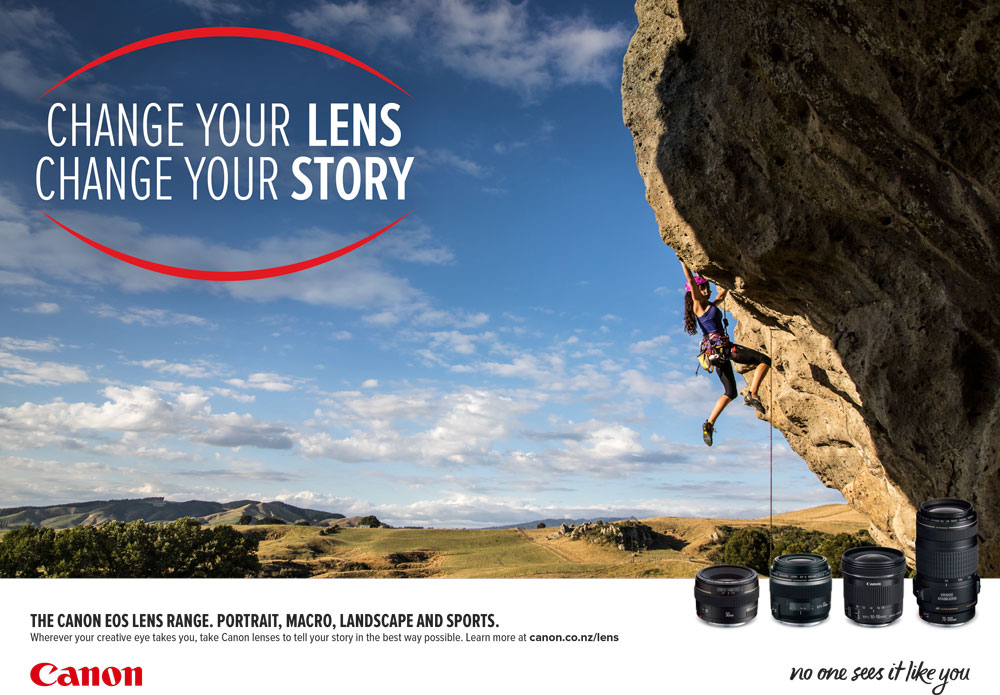