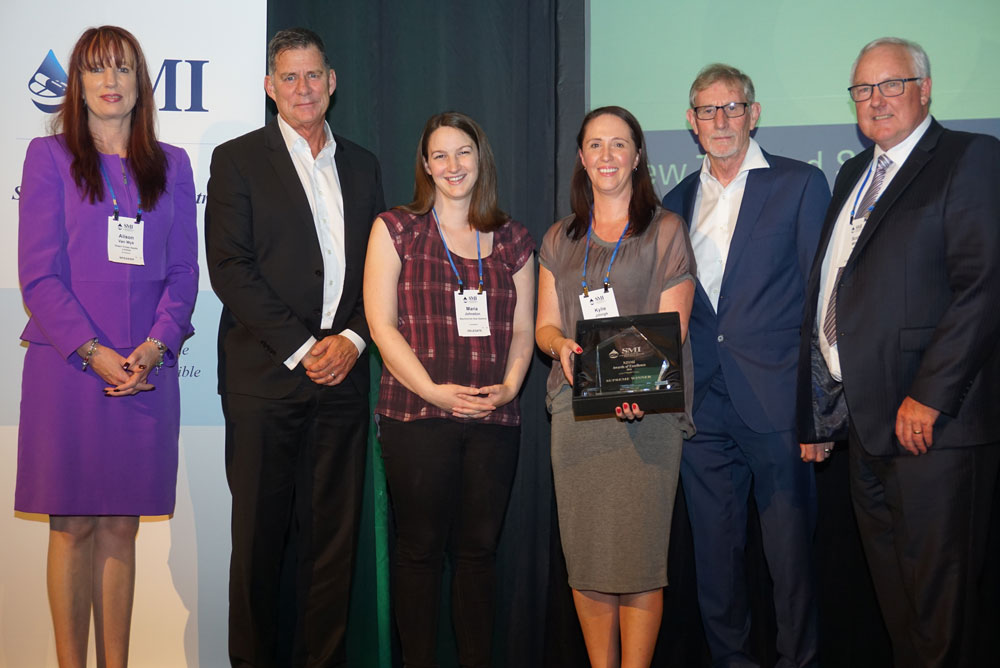 SMI is the consumer healthcare products industry body. Its executive director Scott Milne says his organisation’s awards are in their eighth year and are an opportunity for top achievers to be recognised by their peers.

The winning campaign, which focused on enabling consumers to easily make informed choices about appropriate vitamins and supplements, also won the award for Best Integrated Marketing Campaign of a Consumer Healthcare product.

It was created by Sydney agency Monkeys, and filmed by Goodoil. Scroll down to see the TVC (pity about the Aussie accents).

Runners-up in this category were Warren Smith and Jim Davis of Pharmabrokers for their Levrix (allergy relief) campaign.

“The Supreme Award winner was a really excellent campaign that ticked all the boxes,” said awards judge Tim Roper (former executive director of the NZSMI). “It created a distinctive presence for the brand and claimed significantly increased market share in a highly competitive and crowded complementary medicines market.”

The trophy for Best Launch or Relaunch of a Consumer Healthcare Product went to Warren Smith and Jim Davis of Pharmabrokers for their Levrix (allergy relief) campaign.

The 2016 SMI Marketing Awards, sponsored by BrandWorld, were presented at the end of the organisation’s annual conference at Sky City in Auckland.

About SMI
The New Zealand Self-Medication Industry Association Inc (SMI) is the national trade association representing manufacturers, marketers and distributors of a wide range of products, generally available over-the-counter, and mainly for use in self-medication by New Zealand consumers.

SMI’s mission is to promote better health through responsible self-care. This means ensuring that safe and effective self-care products are readily available to all New Zealanders at a reasonable cost. SMI works to encourage responsible use by consumers and an increasing role for cost-effective self-medication products as part of the broad national health strategy.