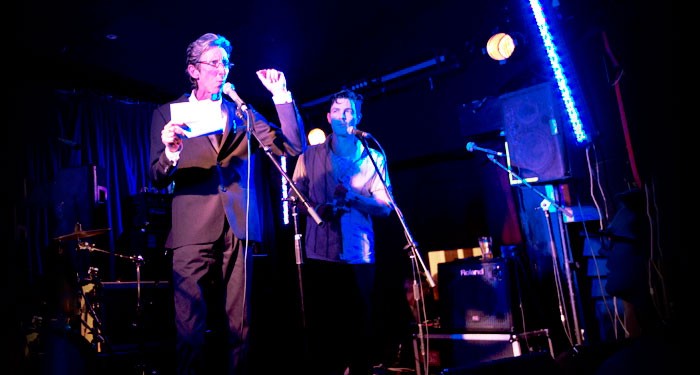 Following the successful partnership at this year’s Fish Battle of the Ad Bands with The New Zealand Music Foundation, CAANZ has announced in a release that the charity auction proceeds from the annual agency rock shootout will support two music-based projects in Wellington and Auckland that will “change the lives of at-risk youth and people with neurological conditions”.

The release did not disclose the total amount raised, but earlier this week CAANZ advised M+AD that the Euro degustation dinner raised $1000.

The trustees of The New Zealand Music Foundation, including local music industry heavyweight Don McGlashan, met this week to select a project from Zeal Wellington to replace worn out equipment in their CBD performance headquarters. In addition, The Foundation identified the University of Auckland’s Centre for Brain Research CeleBRation Choir, which works exclusively with people who have conditions such as Stroke and Parkinson’s Disease, to receive a state-of-the-art keyboard to use on-site and at community performances.

The New Zealand Music Foundation has been working with both Zeal and The CeleBRation Choir since the inception of the charity in 2012.

CEO of CAANZ Paul Head, said: “On behalf of CAANZ, BOTAB and the advertising industry, we are proud to support Zeal Wellington and The CeleBRation Choir – two projects that use music to make real change in people’s lives. CAANZ will certainly come on board to support The New Zealand Music Foundation again at Battle of the Ad Bands 2015.”

The General Manager of The New Zealand Music Foundation, Peter Dickens, says that the experience of working with the advertising community has been uplifting and that the projects are a great reflection of the partnership.

“These projects are perfect examples of music-based initiatives involving youth, creativity and the human need to communicate,” he said. “They also show how music can make a real difference in social development and healthcare. Thanks to the Battle of the Ad Bands 2014, over 13,000 people will benefit through these inspiring programmes.”

Zeal Wellington’s Regional Manager Scott Reeves said: “This support is great news for our work with young people in Wellington. The New Zealand Music Foundation has been aware of our need to replace broken equipment at our Wellington Youth Facility that’s essential for our delivery of weekend events, rehearsals and training in production, live sound, lighting and event management.

“Music changes lives, and this will definitely help us to continue to have a positive impact.”

Director of Speech Science and CeleBRation Choir head, Professor Suzanne Purdy, said: “We had spoken with The Foundation about our outreach initiatives for the Choir. Thanks to the addition of the keyboard, the choir is going to greatly benefit through its use at weekly rehearsals and also at regular performances in the community. The difference the choir makes to the lives of its members, who have all been through so much, is immense and we’re very grateful for this endorsement of our work.”

Zeal Wellington’s mission is to positively influence every New Zealand young person through the creative arts. Zeal has been a consistent presence in Central Wellington for 15 years and believes that safe alternatives for young people to enjoy the vibrancy of the CBD is paramount to making this happen. Zeal is the only under-age creative arts venue that delivers safe, drug-and-alcohol free weekend events all year and has a proud history of positively impacting the lives of high-needs young people in the city through music-based initiatives.

The University of Auckland Centre for Brain Research’s CeleBRation Choir is an all-comers community choir for people with neurological conditions. Most choir members have had a stroke or experience disorders such as Parkinson’s Disease; other Choir members have a range of conditions such as dementia or attention deficit disorder. Through performing in the choir, attendees regain control of lost skills such as pitch, volume, phrasing, breath control and cognitive function, markedly improving their ability to communicate in their daily lives.