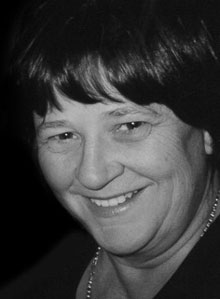 CAANZ and MediaWorks are again searching for the industry’s most inspirational leaders, with nominations now open for the Inspiring Individual Award. Nominated by their peers, the Inspiring Individual is the unsung hero in an organisation; the person who inspires others with their generosity of spirit, patience, willingness and passion, and who is integral to the company’s culture and success.

MediaWorks established the award in May 2011 in memory of business development manager Sandy Smith. Past winners include Richard Fenner, Alistair Jamison, Louise Bond, and MediaWorks Group head of revenue Liz Fraser, who received the award while general manager of MSN NZ.

“Through this award, MediaWorks honours Sandy’s business philosophy and values, and celebrates like-minded individuals within the industry,” says Liz Fraser.

“Sandy was with MediaWorks for 13 years and in her role as business development manager, she shared her knowledge and time with colleagues and many other people in the industry, helping others to succeed in their own careers.”

Sandy Smith worked in the media industry for more than 25 years, building many enduring client relationships. Her expertise and understanding of the sector led to her involvement in groups dedicated to improving advertising standards, research and addressing key industry issues.

The “unsung hero” in the company is the person who others find utterly inspiring with their generosity of spirit, their patience, their willingness and eagerness to be involved. The person integral to the company culture and passionate about contributing to the company’s success.

The Inspiring Individual Award nominees are selected by their peers. Nominees need to meet the following criteria:

The winner of the Inspiring Individual Award will be announced at the Beacon Awards Show on Thursday 23 April and will receive $10,000 to be used to further their education, such as attending an international media festival or seminar – an opportunity to gain further experience and knowledge to be shared.