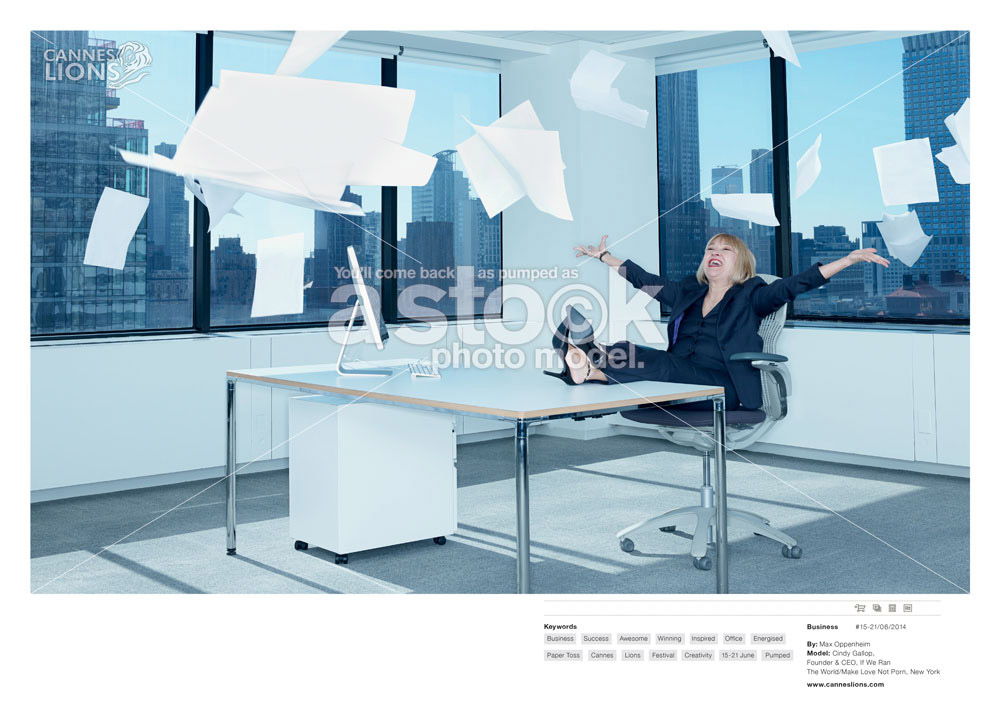 McCann London commissioned award-wining photographer Max Oppenheim to creative the 2014 campaign for the Cannes Lions International Festival of Creativity (which will run Sunday 15 June to Saturday 21 June). Oppenheim’s brief: to perfect the art of the classic stock shot.

The press campaign will run in national newspapers and trade magazines around the world from now until June. It features a collection of world-renowned creative professionals portrayed as super-positive, fist-pumping, stock photography models.

“The campaign highlights the fact that attending the world’s leading festival of creativity and being surrounded by the greatest creative work and people on the planet is a hugely valuable experience,” says Cannes Lions director of brand strategy Senta Slingerland. “It inspires delegates to return to work with renewed enthusiasm, like a reset button of the creative mojo of even the most senior, jaded industry figures.”

Each execution features a stock image-style watermark with the legend: ‘You’ll come back as pumped as a stock photo model.’ Along with relevant search terms like ‘Success’ ‘Winning’ ‘Inspired’ ‘Energised’ ‘Cannes’ ‘Festival’ ‘Pumped’.

“Our campaign celebrates the one thing that everyone who goes to Cannes experiences: the feeling of falling in love again with what you do for a living,” Slingerland said. 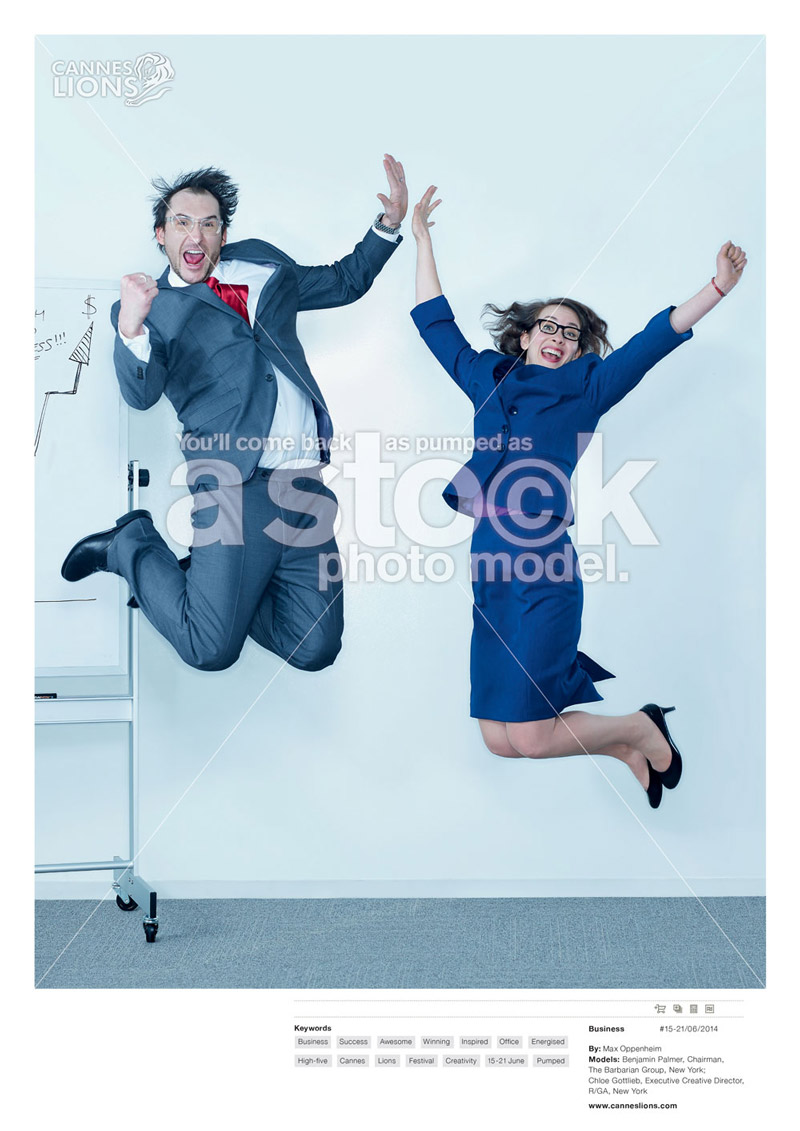 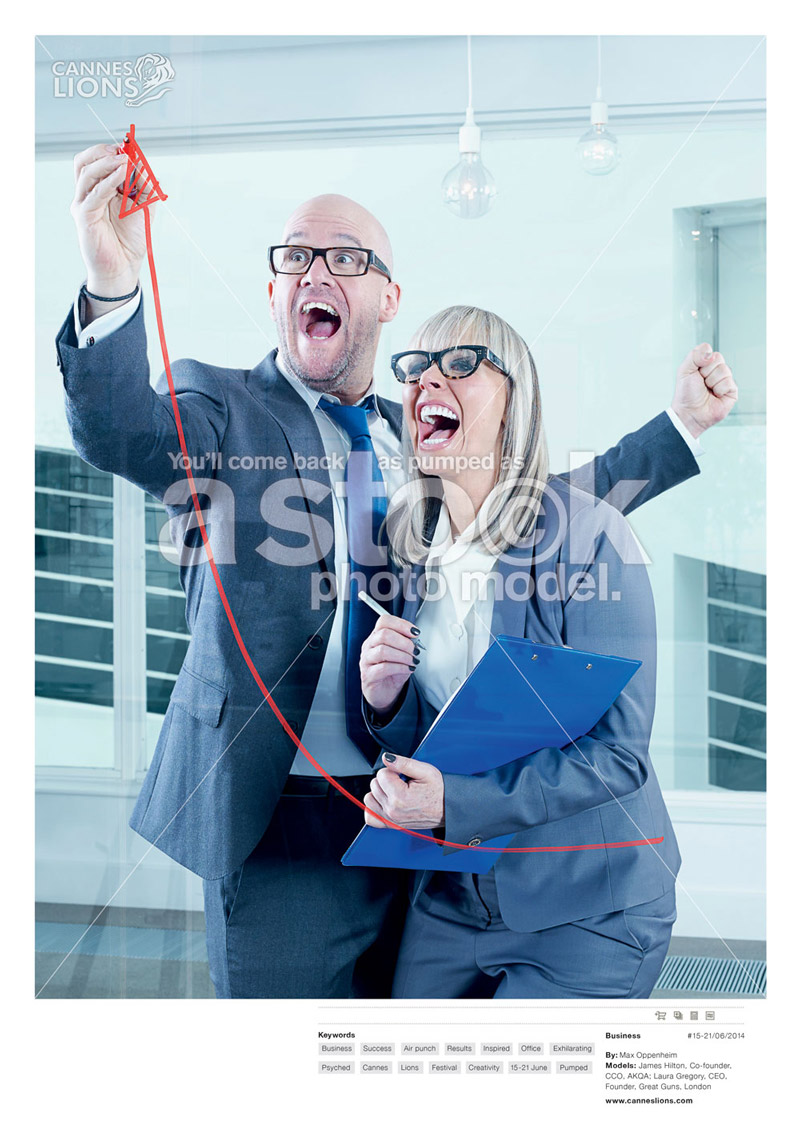 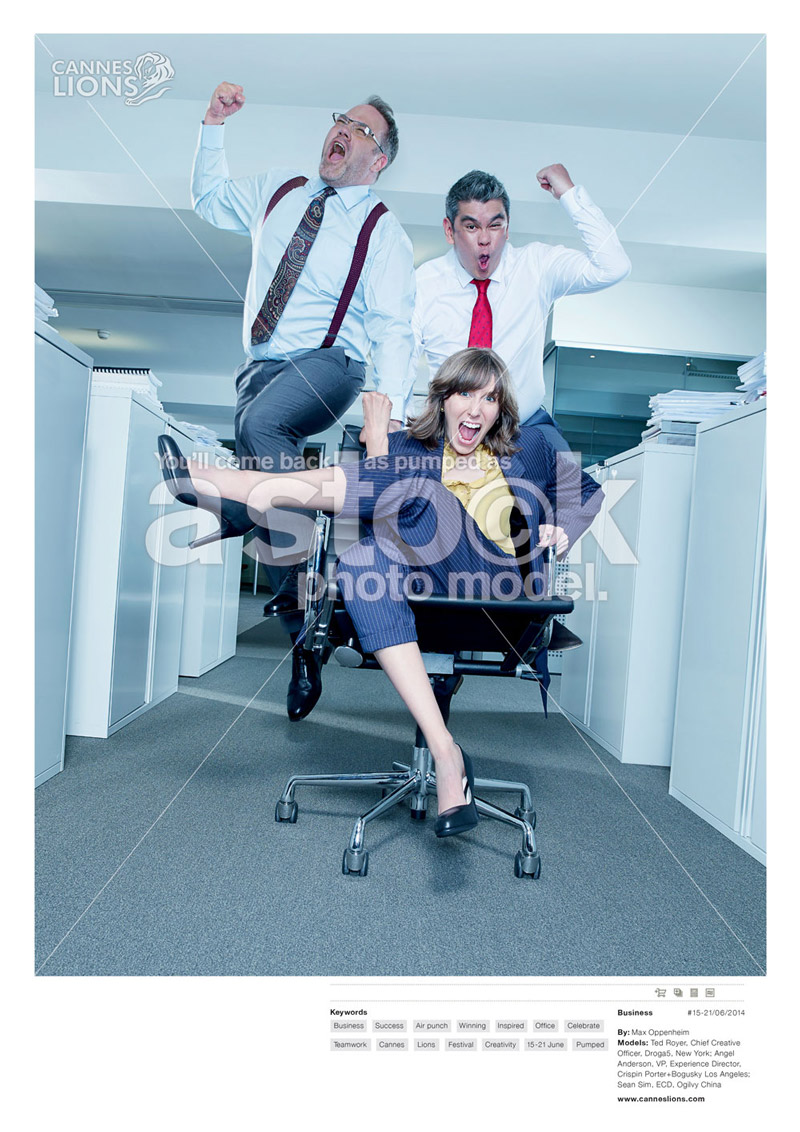 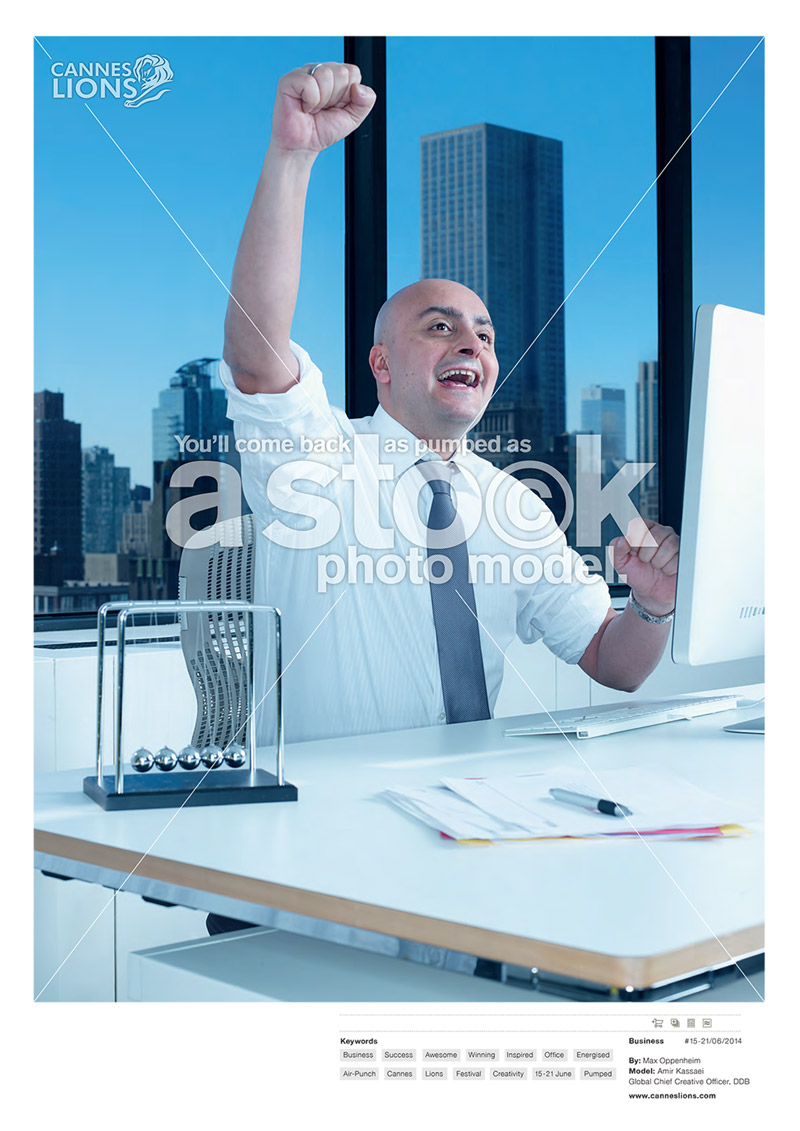 The five executions were shot in generic office spaces in New York and London with models dressed in bland office attire befitting the stock image style.

McCann London CD Mike Oughton said: ‘This campaign will strike a chord with everyone in the world who has ever typed the word ‘success’ into a stock image library search bar.

Photographer Max Oppenheim commented: “It was a challenge to find just the right visual language to pull off this series. I was very careful to select neutral locations, styling and wardrobe to capture the generic world of stock. And it helped massively that all the ‘models’ understood how great the idea was and threw themselves into their performances. They were pumped!”

View the campaign at http://www.canneslions.com/about_us/pumped