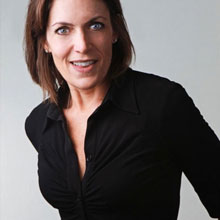 Coinciding with the opening of entries to the Creative Effectiveness Lions, the Cannes Lions has today announced the appointment of Wendy Clark, president of sparkling brands & strategic marketing at Coca-Cola North America as jury president.

Launched in 2011, the Creative Effectiveness Lions celebrates award-winning creativity with a proven business impact and has an entry process involving close collaboration between clients and agencies to showcase both. Now in its 5th year, this will be the first time the jury will be headed by a client-side marketer rather than an agency leader.

Wendy Clark is a widely lauded marketer and leading industry voice on evolved consumer engagement, known for leveraging the power of authentic brand stories to create shared value. “Wendy is a passionate and vocal believer in the power of creativity to drive commercial success and be a force for good, which gets to the heart of what Cannes Lions is about,” said Lions Festivals ceo Philip Thomas. “She is uniquely qualified to undertake the role of jury president.”

Clark said, “I am delighted to be the president of the Creative Effectiveness jury for Cannes 2015 and honoured to be the first client to lead the jury for this esteemed award. For clients, nothing could be more important than creativity that builds our brands and businesses, and the Creative Effectiveness Lion builds that bridge between creativity and effectiveness in a truly quantifiable way. In this sense, it should be considered the ultimate accolade in our business.”

Asked what she and the jury would be looking for from this year’s entries, she said: “Work that is emblematic of the role and importance that creativity plays in driving brands and businesses forward; in changing or cementing minds and perceptions; and in advancing and impacting our society and world.”

Shortlisted and winning work from the past three years of Cannes Lions is now eligible for entry in the Creative Effectiveness Lions, whereas previously only those entries from the preceding year’s awards were admissible.

The change is made in response to industry feedback and recognises that the business impact of outstanding creativity is long-term and can be proven over an extended period of time. As a result, from today, shortlisted and winning entries produced between 1 March 2011 and 30 April 2014 may be entered in the 2015 awards.

“The Creative Effectiveness Lion is an award that we hold very close to our hearts, because we know it represents what clients are really looking for – creativity that amplifies their message and increases the power of what they create,” Thomas said. “It recognises and champions the power of world-changing creativity.”

Entries to the 2015 Creative Effectiveness Lions are now open and will close 6 March 2015. The 62nd Cannes Lions International Festival of Creativity will be held in Cannes  21-27 June 2015.