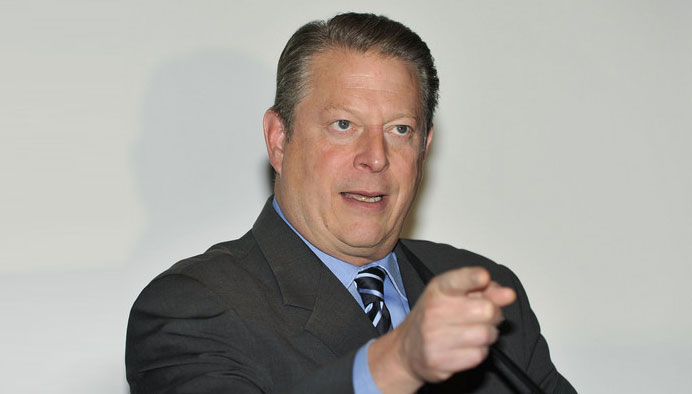 The Cannes Lions International Festival of Creativity has announced that former US vice president Al Gore will be awarded the Cannes LionHeart Award at this year’s festival.

“It is incredibly humbling to be able to give the Cannes LionHeart to a man that had achieved so much, particularly in his devotion to solving the global climate crisis,” says Lions chairman Terry Savage.

Introduced last year, the Cannes LionHeart is an honorary award presented to an individual who through innovative use of commercial brand power has made a significant and positive difference to people or the planet.

Gore is co-founder and chairman of Generation Investment Management. He is a senior partner at Kleiner Perkins Caufield & Byers, and a member of Apple Inc’s board of directors. He spends the majority of his time as chairman of The Climate Reality Project, a non-profit devoted to solving the climate crisis.

He was inaugurated as the 45th Vice President of the United States on 20 January 1993, where he served eight years. He is the author of a series of bestsellers, the subject of an Oscar-winning documentary, as well as the co-recipient of the 2007 Nobel Peace Prize.

During Cannes Lions, Al Gore will also participate in the Cannes Debate with Sir Martin Sorrell on Friday 26 June in the Grand Audi. Their wide-ranging discussion will cover Live Earth: Road to Paris, The Climate Reality Project and the role of communications in political and environmental campaigning.

Al Gore will be presented with the LionHeart at the Cannes Lions Awards Ceremony on Saturday 27 June. Further information about Cannes Lions as well as details on how to be a part of it can be found at www.canneslions.com.