This week marks the start of Blue September and a campaign by Chemistry Interaction to raise awareness of prostate cancer and to challenge kiwi men to get a health check.

Graeme Woodside, Prostate Cancer Foundation CEO, said, “Prostate cancer is the most common cancer amongst New Zealand men. Every year, 3,000 fathers, sons and brothers are diagnosed and 600 die needlessly because they’re scared of getting a prostate check, when all it takes is a simple blood test to start the testing process.”

To address men’s fears of a check-up head on, the Prostate Cancer Foundation and Chemistry Interaction enlisted celebrities Mark Hadlow, Monty Betham, Buck Shelford and Jay-Jay Harvey to front up and face a personal fear.

“Our idea was to get these well-known faces to face their fear and then challenge all of New Zealand to do the same in support of Blue September. Our insight was that everybody finds something scary, but getting a prostate check shouldn’t be one of them,” explains Pat Murphy, Chemistry Interaction Creative Director.

An integrated media approach also enlists the help of Blue September primary sponsor PlaceMakers and the support of brands such as Mazda NZ, Farmers, The Coffee Club and Corey’s Electrical.

Mike Larmer, Chemistry Interaction Director, said, “Rather than a conventional brand awareness campaign, we wanted to create mass engagement, uniting all of the Prostate Cancer Foundation’s brand ambassadors to help capture the nation’s imagination and provide fun ways for everyone to get involved in this year’s Blue September drive.

We need to raise donations to fund the work supporting families and pioneering research as well as addressing the key issue that guys are scared of getting a check-up – and that’s killing too many Kiwi men”. 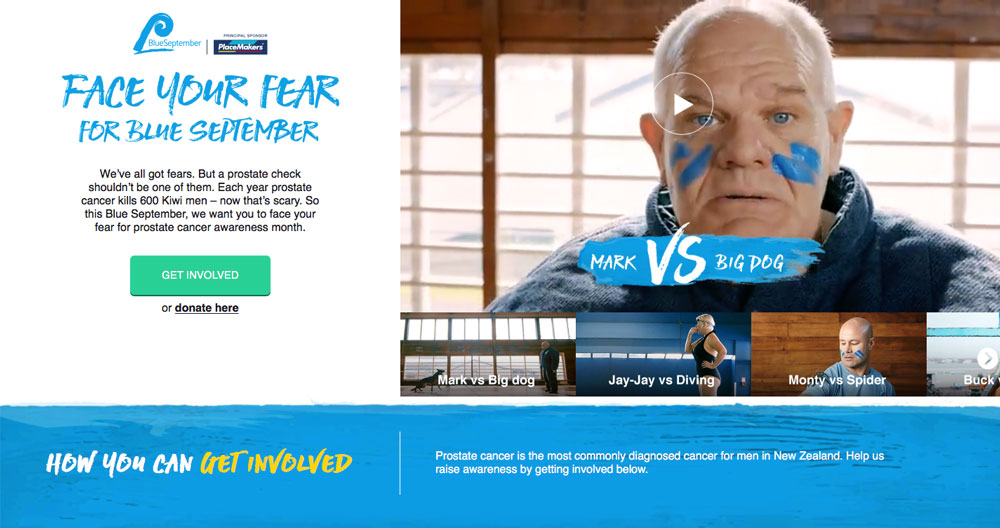 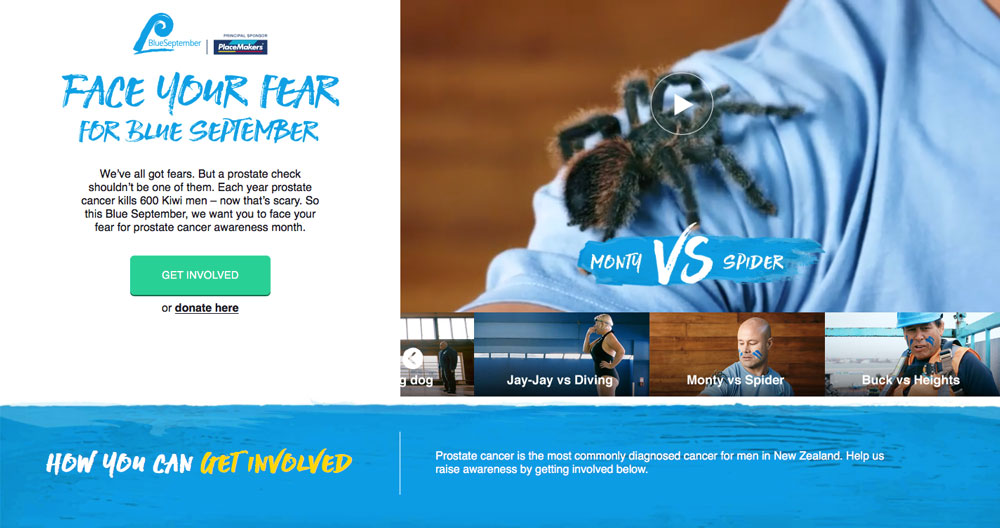 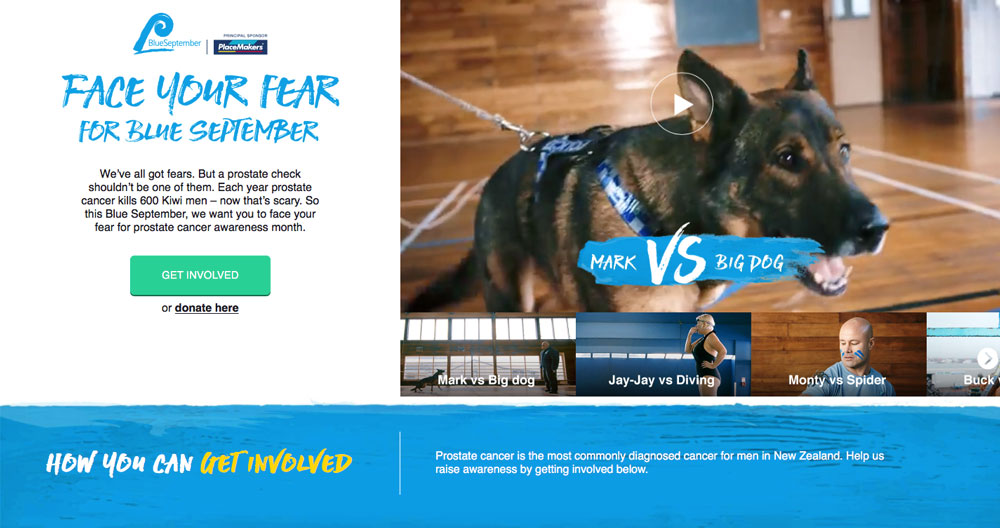 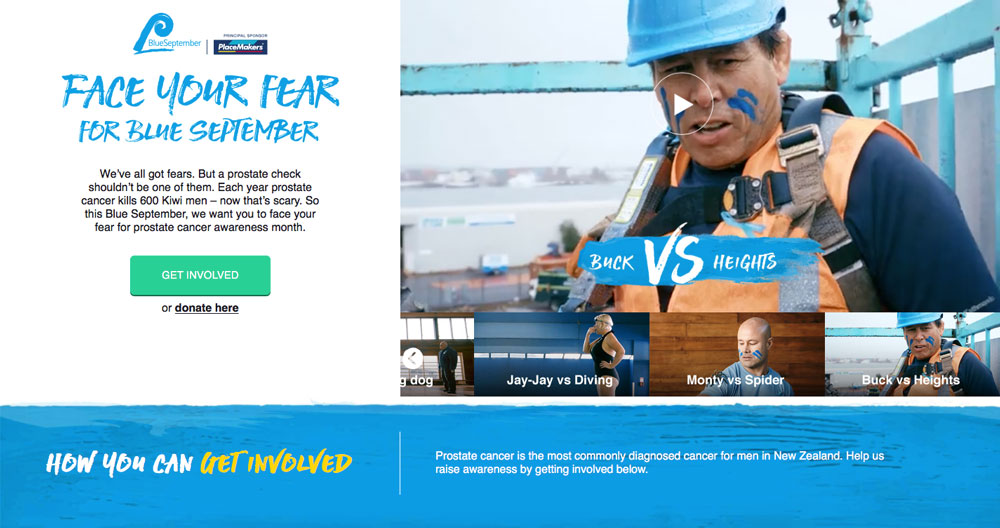 Chemistry Interaction and Prostate Cancer Foundation would like to thank the following: