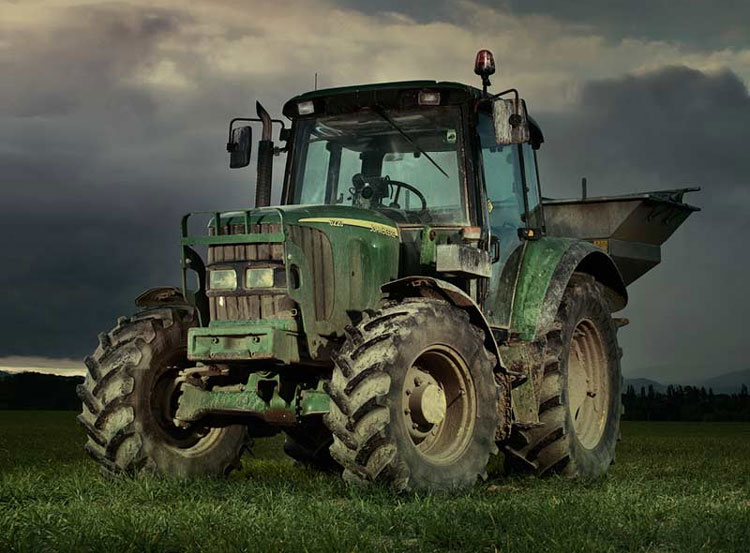 In 2014, 20 lives were lost on New Zealand farms, and many more farmers were badly injured. WorkSafe wants to reduce those numbers in 2015.

Clemenger’s awareness campaign asks farmers to take a second look at everyday situations. Seemingly mundane imagery is made ominous with a moody photographic treatment and leading headlines that ask farmers, ‘Is today the day?’

“By talking to farmers, we learned that close calls on the job are common,” said ECD Philip Andrew. “Most freely admitted they were the result of cutting corners.

“New Zealand farmers are all too familiar with that unsettling feeling that comes from only just getting away with it and, for a while at least, they’re more careful. This campaign presents seemingly innocuous situations in a sinister light to remind farmers of those close calls.

“If we’ve done our job right, it should get them taking more care, more often.”

The campaign drives viewers through to www.saferfarms.org.nz, a website where farmers can set up a safety plan by answering simple questions about the type of farm they have, the region they live in, and the people they employ. The website was developed by Touchcast.

WorkSafe senior marketing advisor Chis Green said: “The ads do a great job of encouraging farmers to look at something they look at every day in a different light.” 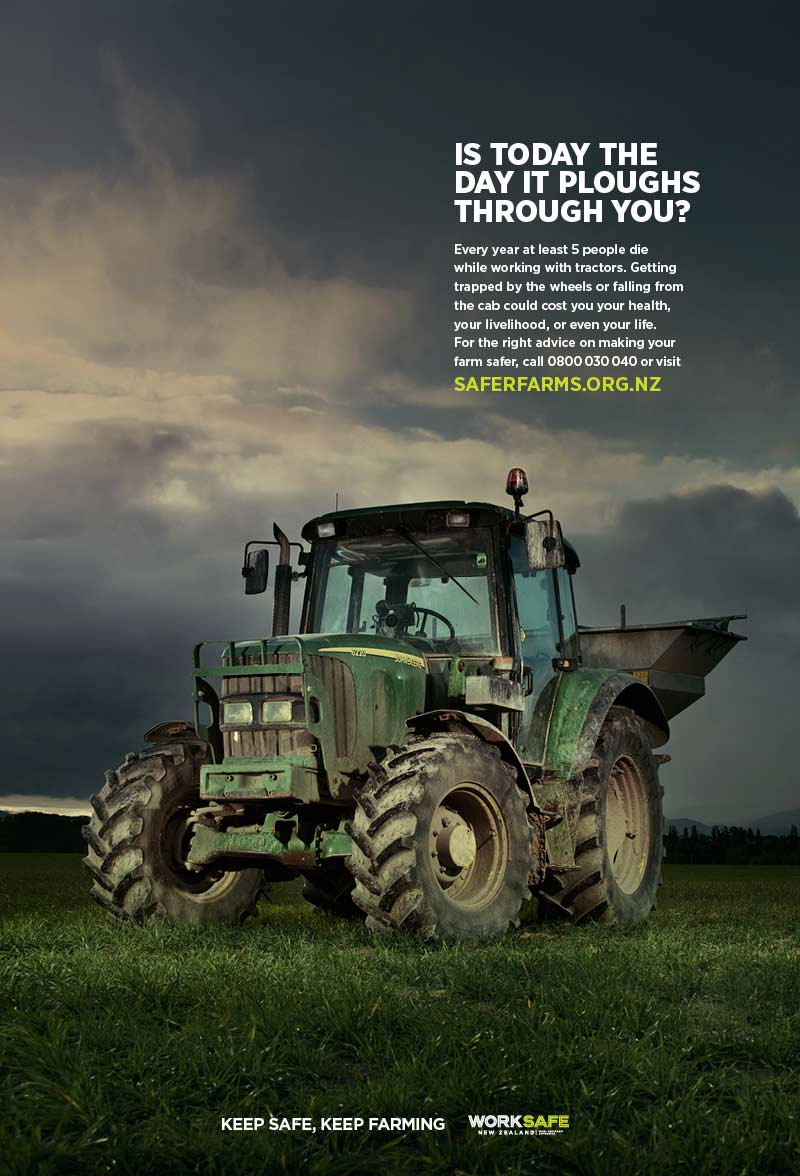 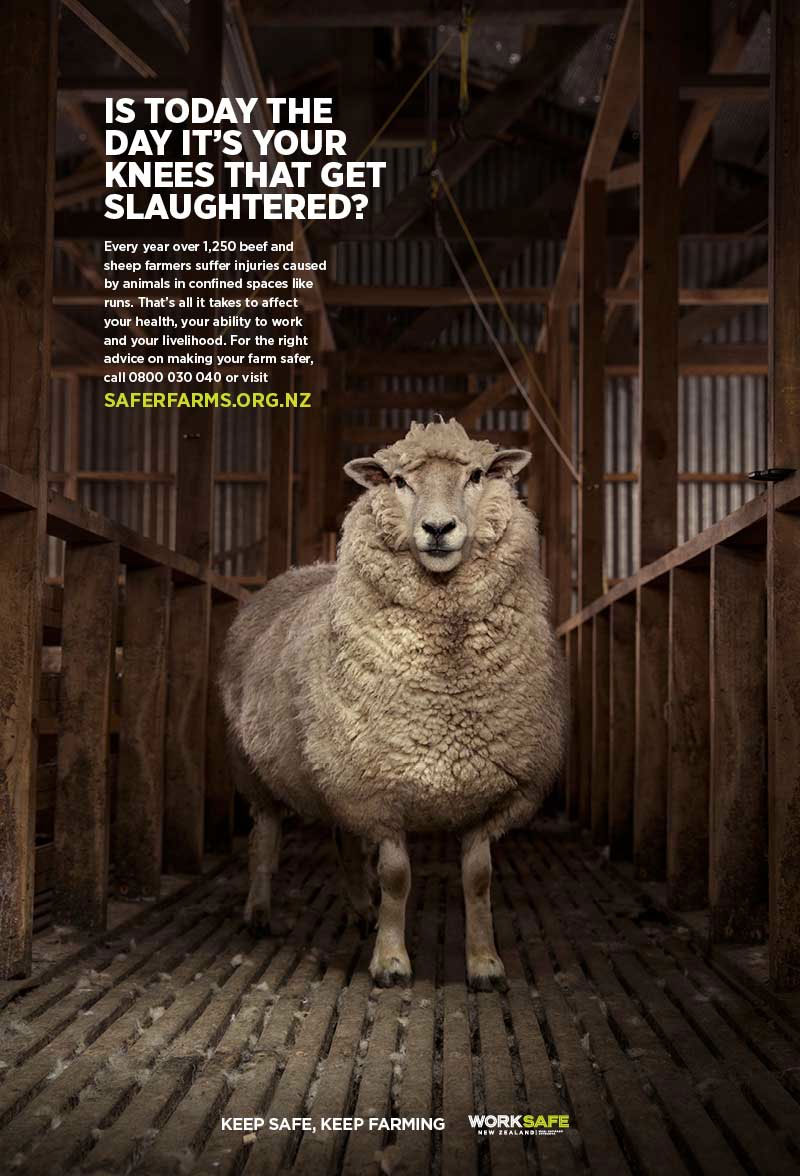 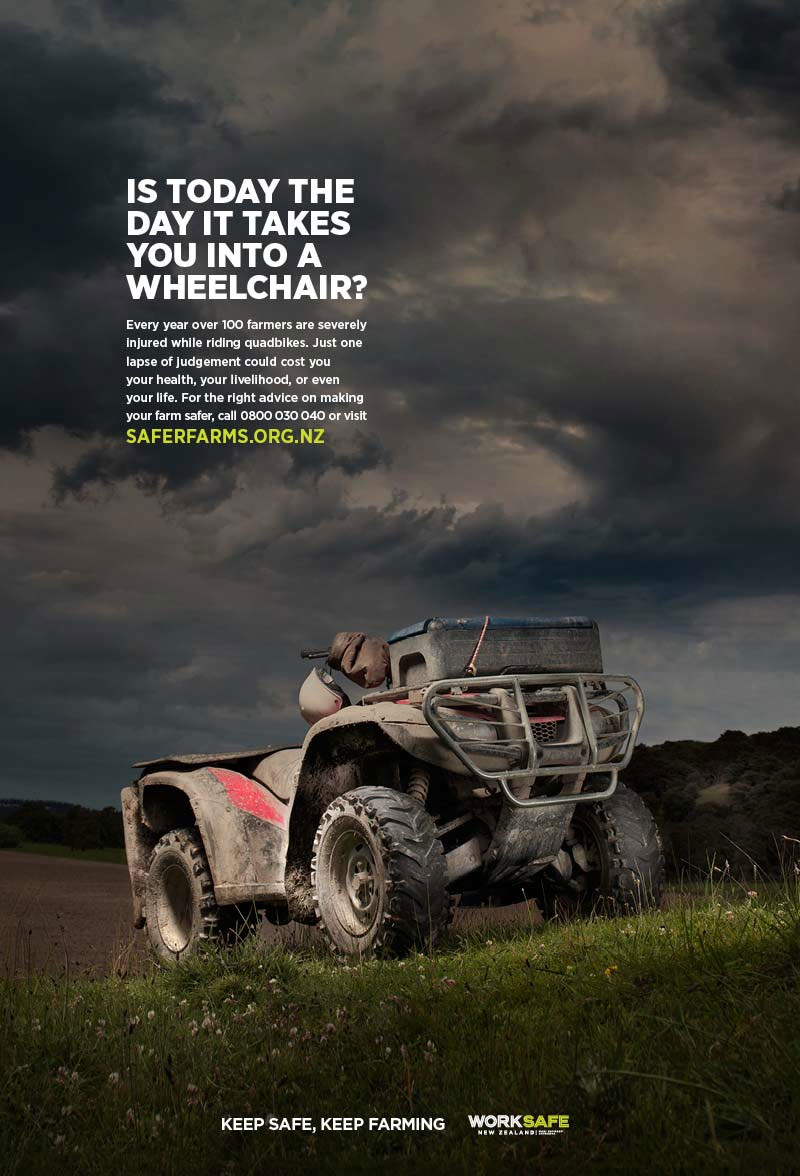 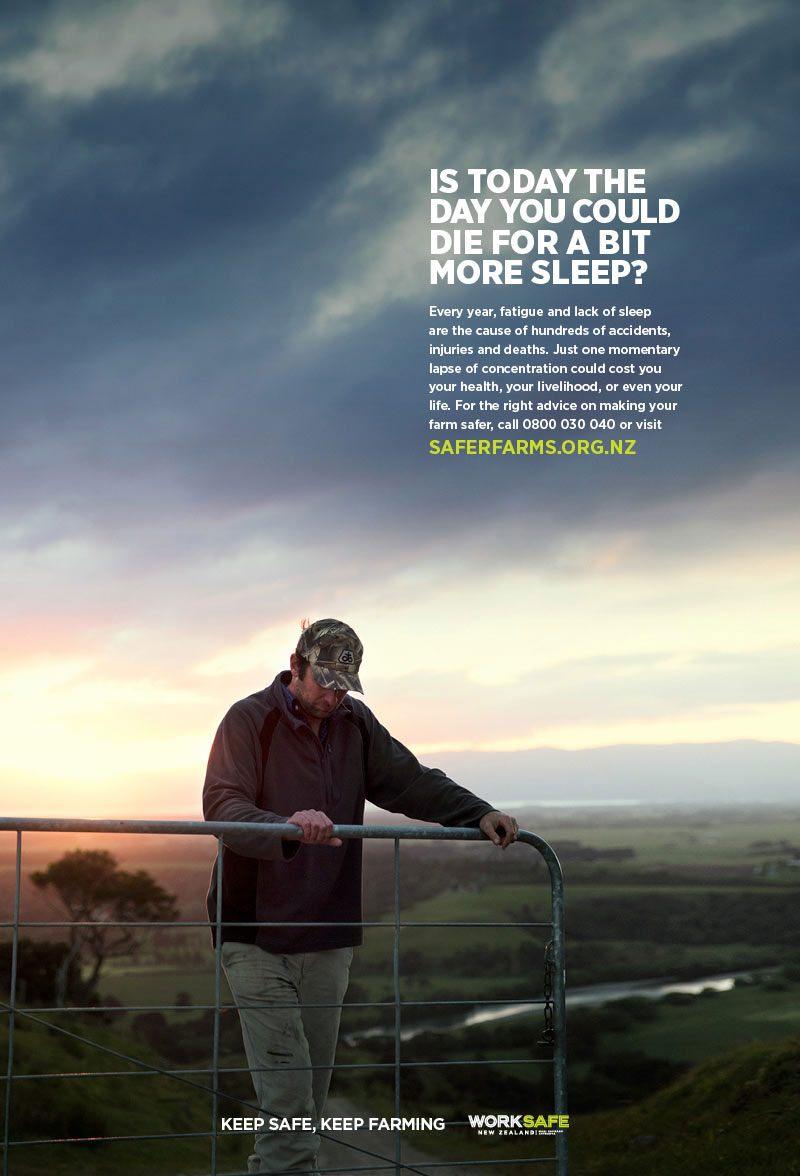 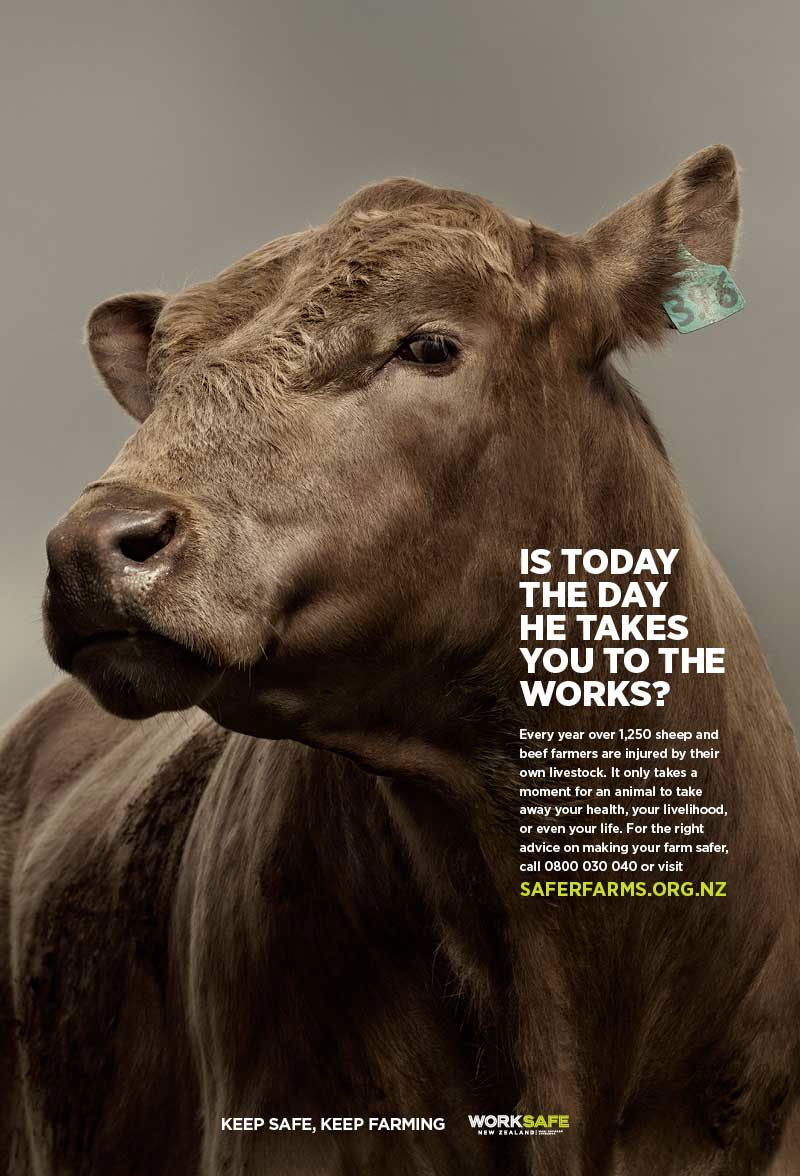 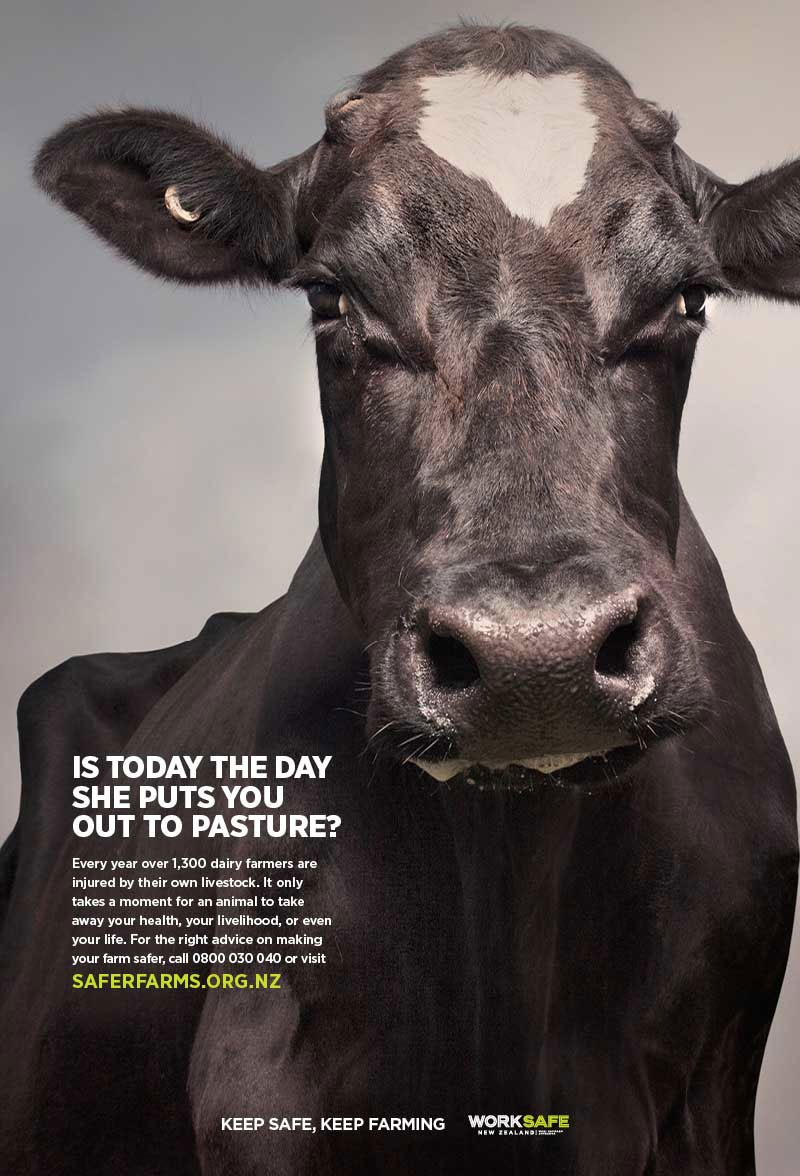 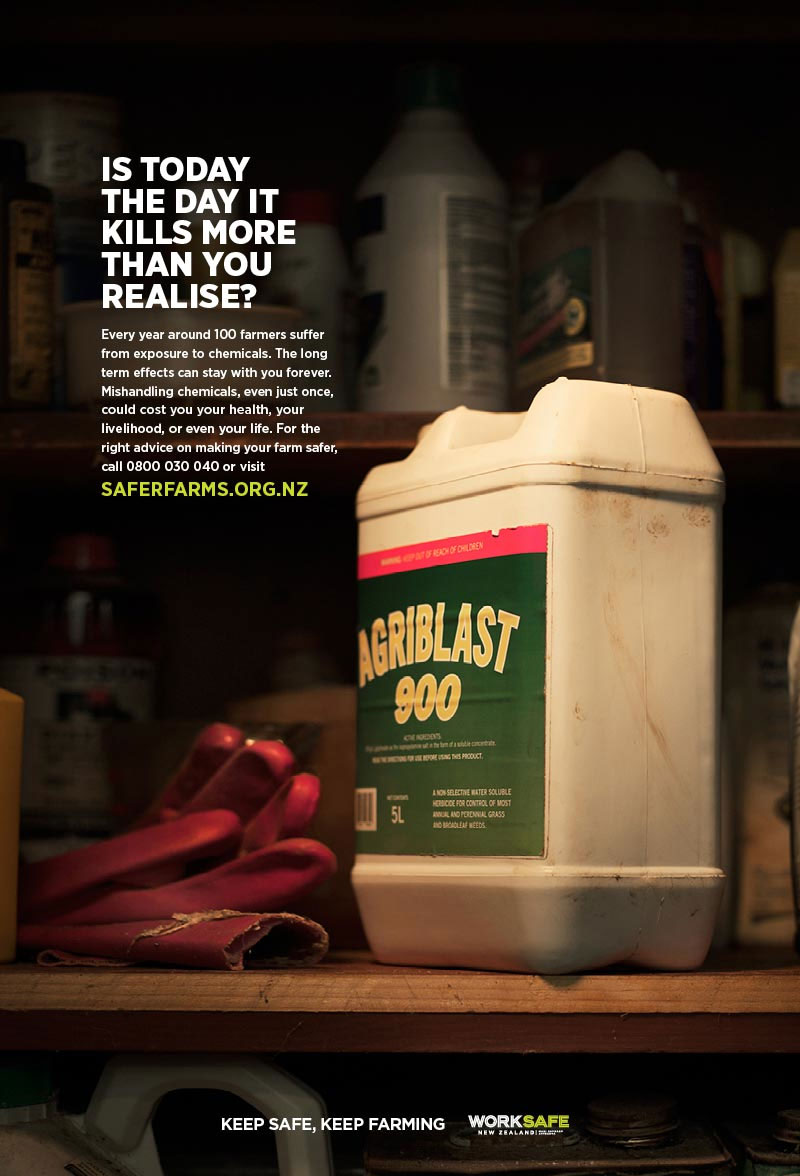 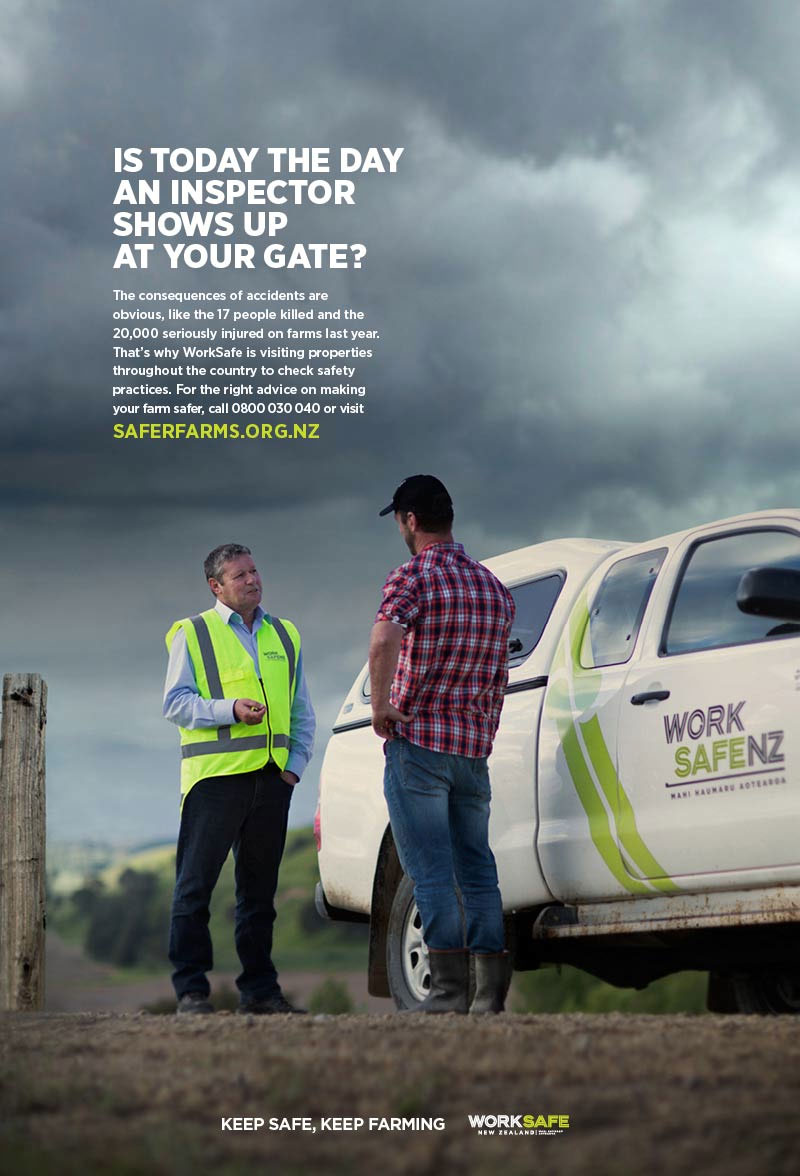