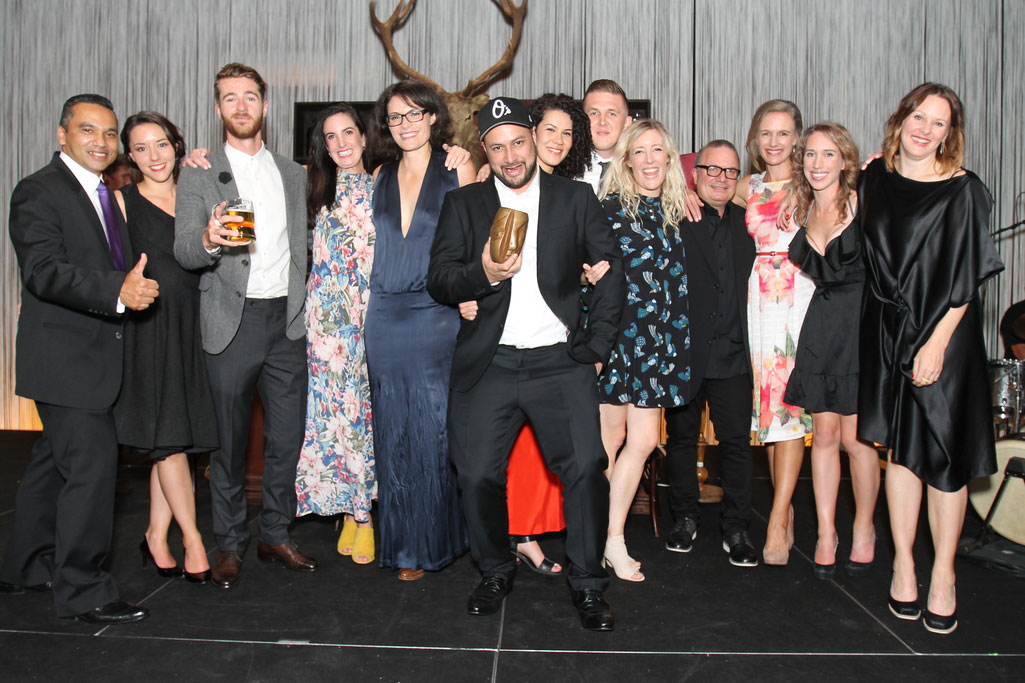 At a sell-out event at the Viaduct Events Centre in Auckland last night, emceed by funny man-comedian Brendan Lovegrove, 800 advertising types came together at the local to celebrate the industry’s best creative work from the past year.

Nancy Hartley, ECD and Managing Partner of Rumble in Australia, and Chuck Rachford, ECD at Cossette Chicago, flew into Auckland earlier last week, and joined the four local jury presidents on the executive judging panel. Their role was to award the final metal which included a total of 26 Gold Axis Awards, three Grand Prix and seven additional Special Awards including Emerging Talent and the Axis Student Challenge.

The highly coveted Grand Axis for 2017 was awarded to Clemenger BBDO/Proximity for their simple to use but sophisticated Conscious Crossing created for KiwiRail around rail safety.

The innovative idea, which used metal bars to make pedestrians conscious of trains as they crossed the railway tracks, was a hit with all judges.

The trophy will sit alongside the Grand Prix awarded to the Clems team in Outdoor and in Design for User Experience and a further seven Gold Axis Awards in Innovation, For Good, Out of Home Special Build, Non-Traditional Outdoor, Promo & Activation, User Experience, Brand Experience/Environmental, Product Design Non-Tech, and User Experience.

The international judges said …
“Conscious Crossing goes further than a mere ad ever could. It forces consumers to change their behaviour at the moment when it’s most important – which is precisely what every ad we do is aiming for and so often missing. It’s a perfect example of an ad agency solving the client’s problem, not just the client’s brief.”

There were many other great pieces of winning work and happy Agency teams at Axis 2017.

Special
Special Group had a great night with their work for Goodman Fielder, Molenburg Sandwich Shop picking up a popular Gold in Design Brand Experience, and 2 Degrees Data Hunt picking up a Gold in Digital and Interactive Mobile. Karma Cola then went on to win not only a Gold for What Comes Around Goes Around in Design 360, but a Grand Prix for design and product work that was popular with both international and local judges alike.

This work also went on to win a Gold in For Good alongside Clemenger BBDO/Proximity with their Conscious Crossing.

DDB
Other winners included DDB with their funky work for Tokyo Dry, picking up a much deserved Gold in TV Long Form. DDB/Beatworms then went on to win Gold in craft for Sound Design plus many Silvers and a craft Gold for Mum’s Wish in Cinematography.

Colenso
Colenso BBDO swept away the opposition last night, being named Agency of the Year (scroll down). The agency also picked up over a dozen Silvers across the board and then Golds for Anchor X- Ray Casts in Direct and Promo & Activation with much-loved work for the kids. Colenso also picked up an unexpected Gold for V Pure in Product Design and a Gold with Watermark Ltd for Digital Animation/Motion Graphics for their great app for Mars Pedigree A Dogs Story in craft.

AoY – Colenso
On the night, Clemenger/Proximity impressed with their overwhelmingly popular work for Kiwi Rail – Conscious Crossing, but Colenso were the force du jour as they raced to the finish with a final tally of 36 finalists, 32 bronzes, 15 silvers and four Golds to win the Agency of the Year for the second year running.

O&M
The love was shared around as Ogilvy & Mather picked up two Golds for NZ Police Do you care enough to be a cop, with the police client in full uniform joining them at the table for the night; and a second Gold for A Kauri Cries for the Auckland Council in Tech Driven Creative.

FCB
FCB also picked up a couple of Golds, winning in Magazine for their work for NZ Fire Service Made From Remains and then later for their Tech Driven Creative Vodafone 4G Redline work.

TBWA
TBWA joined and bathed in glory and picked up Gold for their great work for the Salvation Army in the Charity categories for The Unexpected Homeless.

When it came to the Executive Awards, Integrated was not so well rewarded this year, but in the new category Innovation, Clemenger BBDO/Proximity’s Conscious Crossing picked up the Gold.

The Sweet Shop
In Craft, The Sweet Shop had a great night picking up three Golds –  one for New Zealand Lotteries Mum’s Wish in Cinematography and two for HFC Health Is in Direction and in Sound Design.

Curious, Assembly
Curious Films won in the highly competitive category of Direction with their piece for Clemenger BBDO/Proximity Hello and Assembly nailed it again this year with beautifully animated work for Kubo and the Two Strings.

Jen Storey
Jen Storey was honoured with a Lifetime Achievement Award for her long, rewarding and creative career in the advertising industry as a much-loved and talented producer. The room took a moment to stand to pay their respect as the clip played and Storey was true to form with her short and excellent speech.

CAANZ
“Axis has always been the pivotal moment in the New Zealand creative calendar because it is a celebration of our best creative work; the work our industry is most proud of because it has broken the rules, permeates popular culture and influences behavioural change, and the winners this year are all great examples of those attributes,” said Paul Head, ceo of CAANZ. 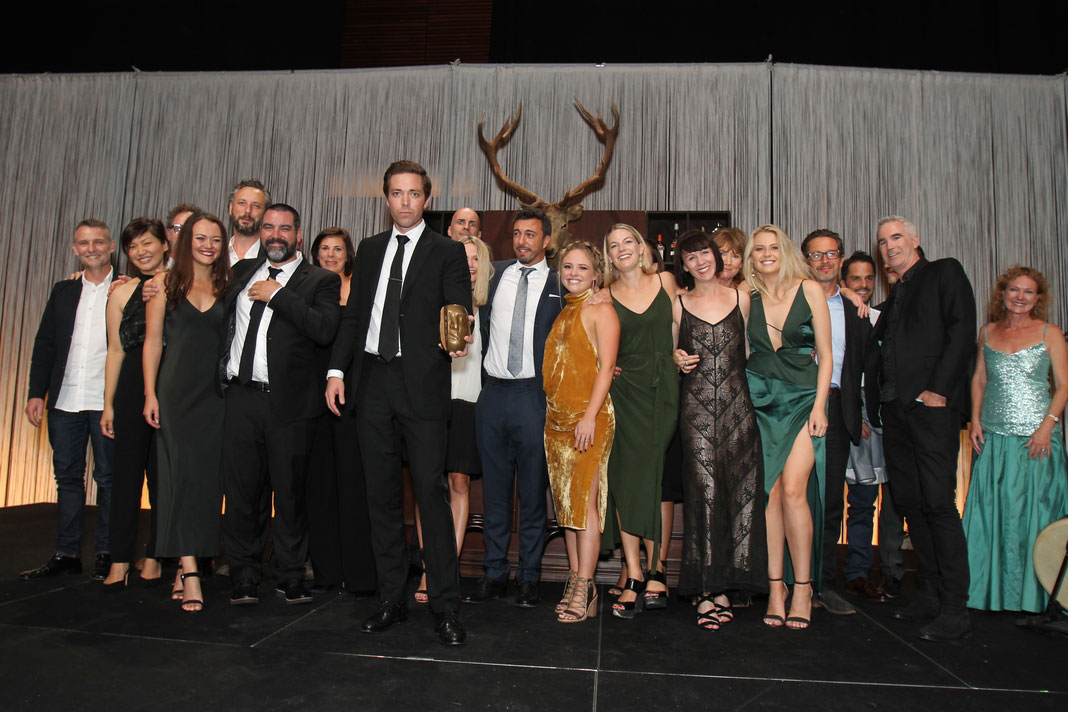 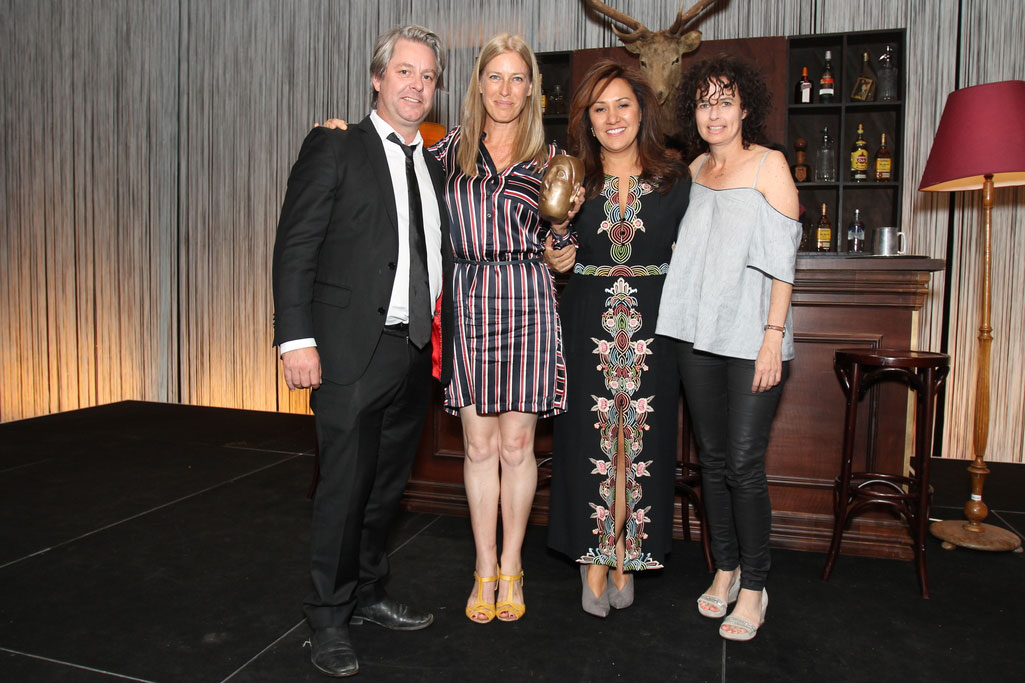 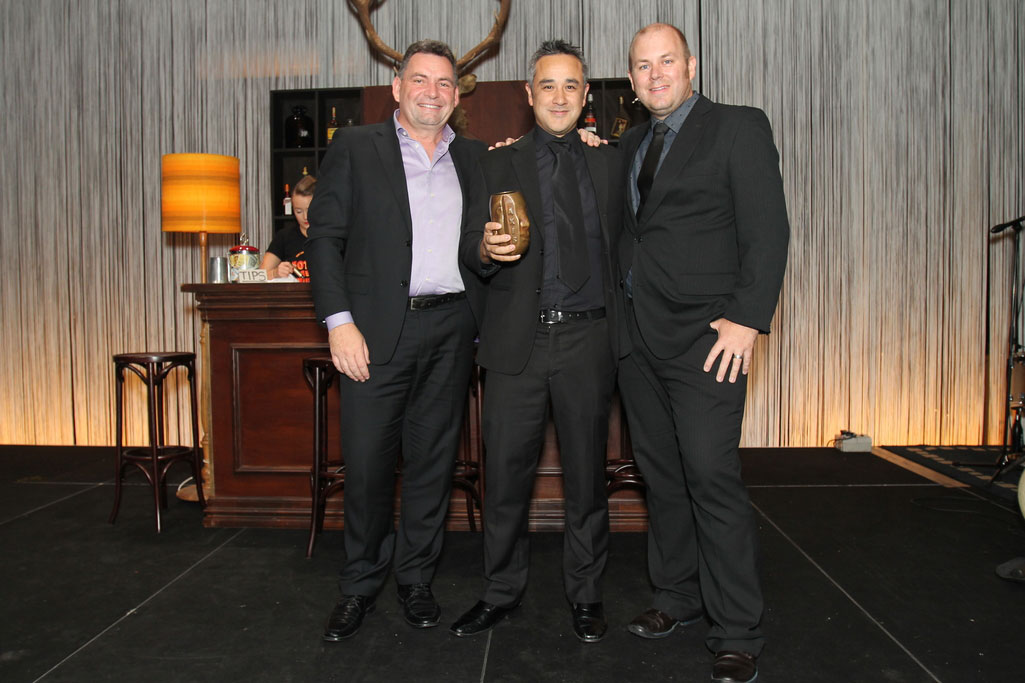 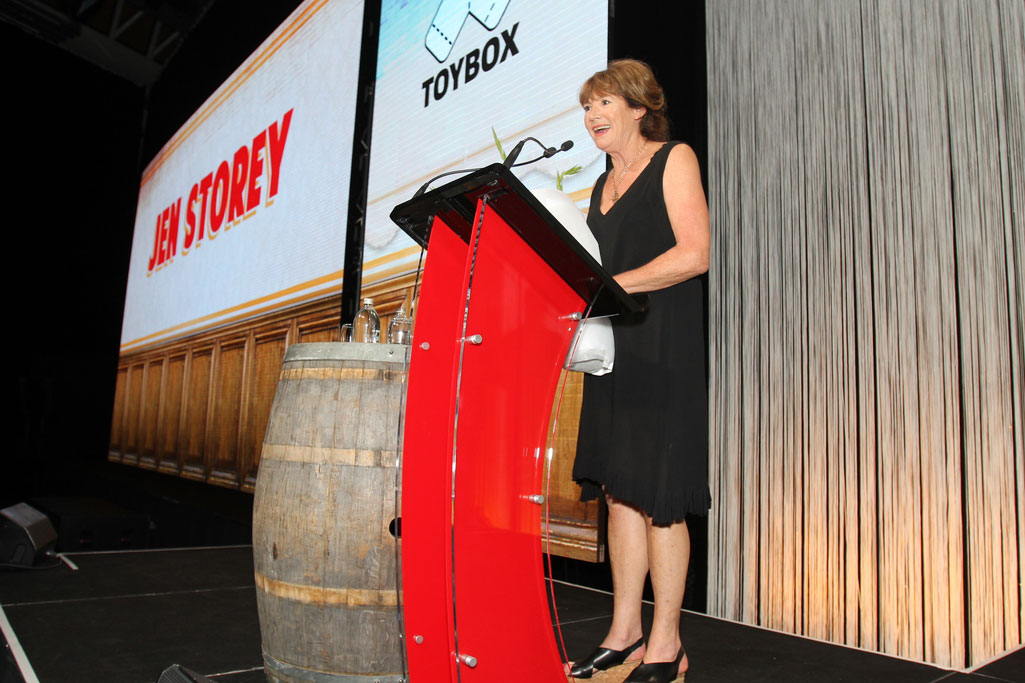