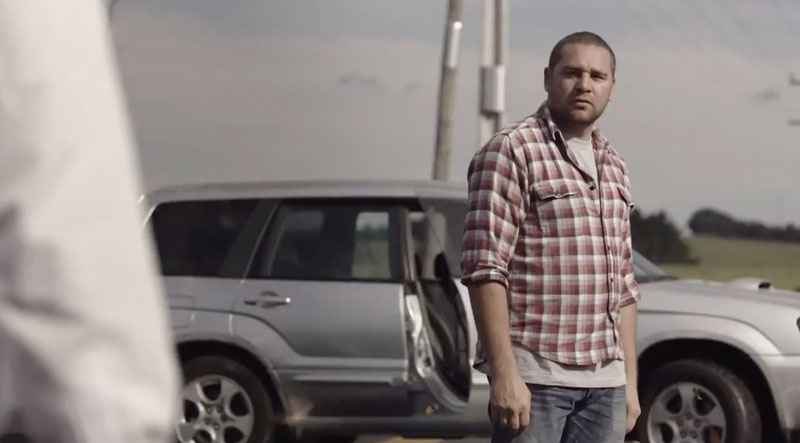 It’s a hard watch but Clemenger BBDO Wellington’s ‘Mistakes’ road safety commercial has scored the International Honour Award at AdStars Festival and the concept has been picked up and screened in many countries around the world. The commercial features two drivers in a hopeless conversation leading up to an inevitable and nasty crash.

The International Honour Award is given to the individual or organisation that has contributed to the advancement of the advertising industry and the development of social responsibilities internationally.

‘Mistakes’ was launched in 2014 for NZ Transport Agency and has been replicated around the world for road safety messaging. It was purchased for use by transport authorities in France, New South Wales and South Australia, has been replicated and re-filmed in Washington, Portland, Italy, Romania and Iran, and dubbed over and re-shared in countless languages.

An obviously proud Emily Beautrais, creative director at Clemenger BBDO said: “We are honoured Mistakes has received this award. This piece of work has touched the hearts and minds of many around the world, showing us once again how universal a human truth is and how powerful creativity can be.”

“’Mistakes’ leads a new era of road safety advertising that doesn’t point the finger of blame at anyone; it recognises we’re all human beings, we’re all fallible, we all make mistakes. But it shows that the speed a person travels at needs to allow for these mistakes – whether it’s their’s or someone else’s.”

M+AD can’t guarantee this but it’s been claimed in the 12 months following the launch of ‘Mistakes’, with no change in enforcement, mean speeds in New Zealand dropped to the lowest levels on record.

Says Linda Major, group account director, Clemenger BBDO: “For the first time, we took the argument of experienced drivers who enjoy speeding, and agreed with it. It’s other people who make the mistakes on the road. We think this is why it struck such a chord – they simply couldn’t buy out of it.”

Rachel Prince, principal advisor at NZ Transport Agency, said the team has been proud of its success, and takes the fact that it has been so heavily copied as an honour.

This recognition adds to a long run of success for the ‘Mistakes’. It won Gold or Grand Prix at every show in the world including the Effies, was awarded #3 TVC in the world by The Gunn Report, and was chosen as one of 10 Ads worth Spreading by TED Talks in 2014.