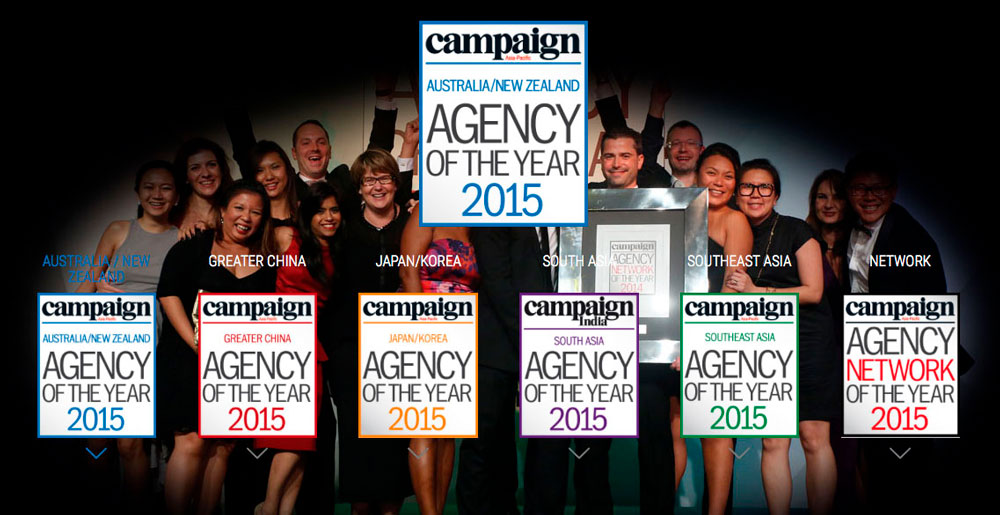 Also in the spotlight for New Zealand in Singapore were OMD, Vizeum, PHD and Special Group.

“In this day and age to be recognised as the best digital agency in the country, for the second year in a row, is brilliant,” said DDB ceo Justin Mowday.

“We’ve been investing in digital talent for some time, with a team of over 50 across the building, who deliver world-class digital strategy and implementation for our clients.

“To win this accolade, on top of being credited last week for the best Facebook campaign in the world.”

OMD New Zealand has reaffirmed its leadership position in the New Zealand market by winning Campaign Asia’s NZ Media Agency of the Year for the fourth consecutive year. The award is measured on achievement against a number of key business criteria, including client retention, talent, work quality, innovation, and business performance.

OMD ceo Kath Watson said: “The win is testament to the hard work and commitment of a large number of incredibly talented people, who fearlessly pursue excellence on behalf of our clients.  Their passion and curiosity compels us to be better each day, and with many innovations and initiatives currently in the pipeline, plus a host of new talent coming on board, 2017 promises to be hugely exciting for us and our clients.”

The winning Australian agencies were The Monkeys, Atomic 212 (Media & Digital).

NZ, however, made only a minor impact on the joint Australasian categories, where only Eleven Auckland won Gold – along with Eleven Sydney – in the PR Agency of the Year division.