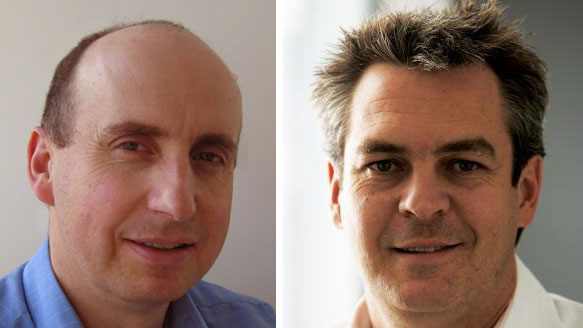 CAANZ tonight presents two international case studies of recent successful campaigns that demonstrate how the convergence of Social Media and Brand Experiences (Experiential/Activation) can drive exceptional campaign results. This event is the second in the CAANZ PREScom Champion Speaker Series.

Michael Knox is Managing Partner and ECD at Grey Melbourne and a member of the Grey Global Creative Council. Last month, he chalked up 20 years in the advertising industry. In that time, he has worked on some of Australia’s most famous and effective campaigns.

In 2013, Victoria’s Transport Accident Commission and Grey Melbourne developed two campaigns including the 2014 Gold Cannes Lion-winning campaign Ungiven Gifts. Though very different in execution, both triggered vital conversations, encouraged action and produced record-breaking results. Knox will give in-depth insights into these campaigns and show how outstanding campaign results can be achieved when a client’s online and offline worlds seamlessly converge.

The second CAANZ speaker is Michael Hauser, Digital Marketing Manager for Tourism Victoria. Hauser manages digital marketing, social media and mobile strategies for domestic and international markets; he has established numerous digital innovation projects in the Victorian Tourism and online environment over the past 15 years.

The campaign showed the way at the recent Spike Asia festival of creativity, picking up a Grand Prix awards in the Branded Content and Entertainment and Direct categories, gold in the Promo and Activation, and a silver in Digital on the back of a brilliant idea and some staggering results.

In five days 150 million people from 158 countries experienced Melbourne looking through the eyes of four city explorers equipped with live streaming cameras, microphones and GPS and directed via Facebook and Twitter. Tourism Victoria had successfully combined a real world brand experience with social media in a truly unique way.

The idea stemmed from a key insight, that unlike many other cities, Melbourne doesn’t have one iconic landmark; it’s a patchwork of hundreds of amazing little experiences that take time to discover.

So despite a pedigree of creating evocative and successful television campaigns, Tourism Victoria choose to move away from the tried and tested and to engage the curious and tech savvy social media audience in a way never attempted by a city before.

Hear firsthand from Michael Hauser how the idea was developed, the results, and how social media and real world content can be combined to create engaging and effective global campaigns.

CAANZ asked M+AD to help acknowledge the support given by Kensington Swan Lawyers to make this event possible.