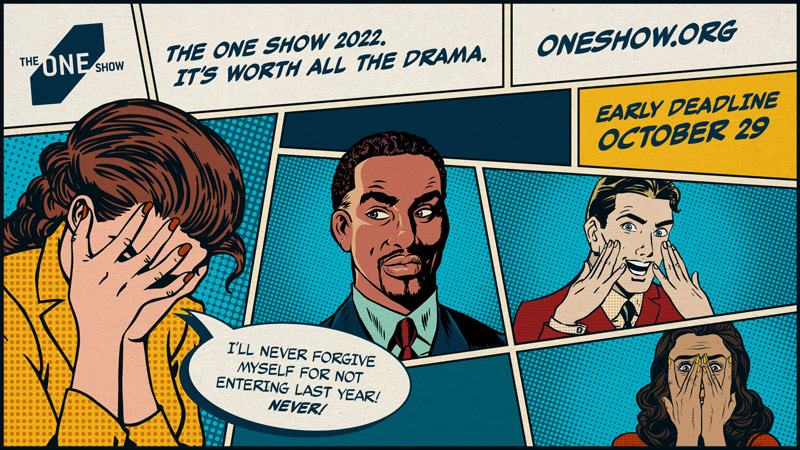 NEW YORK, Monday: A witty digital film campaign by DAVID Miami spoofing TV medical dramas marks the kickoff of the call for entries for The One Show 2022.

This campaign plays off the style of TV episode previews, complete with scenes of frenzied operating rooms, emotional interactions between doctors, moody music and cliffhangers, the film campaign titled Medicine Avenue pokes fun at the creative process by replacing medical terminology with dubbed dialogue of ad jargon commonly heard in agencies around the world.

Each spot carries the tagline “The 2022 One Show. It’s worth all the drama.”

The campaign launches with Ambulance, one of three films in the campaign. Scenes include a weary doctor who says: “We just had to put the idea on life support.” When a colleague encouragingly says “Don’t give up, it might still make it”, he responds “It’s in Legal’s hands now.”

DAVID Miami CCO Rafael Donato said: “Advertising doesn’t save lives, they say. Yet people in our industry tend to take their jobs a little too seriously – especially when it comes to awards.

“So for this year’s One Show campaign, we created an actual drama series, Medicine Avenue, which spoofs all the drama we create for ourselves in our day-to-day. It’s a little self-deprecation we hope everyone will identify with, and we sincerely appreciate The One Show for letting us poke fun at ourselves like this.”

“It’s a little self-deprecation we hope everyone will identify with, and we appreciate The One Show for letting us poke fun at ourselves like this.”

The two other campaign videos will be rolled out in the coming months. Banners developed in-house by The One Club extend the campaign, using pop art imagery to continue the “drama” theme with humorous headlines.

Entries can be submitted now, with fees increasing after each deadline period. Early entry deadline for the greatest savings is October 29, with the regular deadline December 31. The extended deadline is February 4, and final deadline March 4.

The One Show 2022 juries will be announced shortly. Judging will be conducted online, no physical entries will be accepted this year. All entry media must be uploaded into the online entry system.

Judging will start in March, with finalists announced in May. The One Show 2022 Gold, Silver and Bronze Pencil winners will be announced during Creative Week in May 2022.

Agencies, brands, production companies and individuals responsible for winning work each year are highlighted in The One Show Global Rankings, one of the ad industry’s most respected global measure of creative success. Winners are ranked globally, regionally and by country.

Revenue generated from The One Show entry fees goes back into the industry to fund programming under the nonprofit organisation’s four pillars: Education, Inclusion & Diversity, Gender Equality and Creative Development.