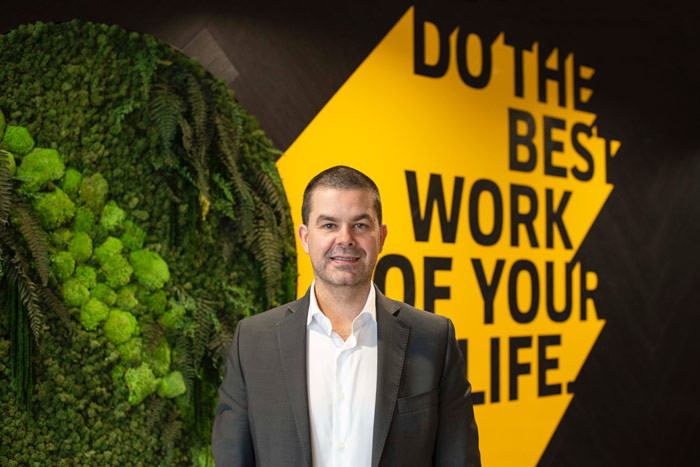 AUCKLAND, Today: Hot on the heels of his appointment as ceo of DDB Worldwide, Marty O’Halloran has appointed Justin Mowday to lead the New Zealand group business.

Mowday has been at DDB NZ for 10 years, starting as managing director before taking on the DDB ceo role seven years ago. His step up to the DDB Group ceo role sees him leading “New Zealand’s largest agency group” – a team of 250, encompassing DDB, Track (customer experience), Mango (PR, social, experiential) and Tribal (digital).

He also joins the OMG NZ board.

O’Halloran said: “Justin’s appointment follows a decade of strong growth within DDB, which saw the agency transition from a leading Kiwi agency to a leading global agency ranked in the top five most effective worldwide.

“The group couldn’t be in more capable hands. Justin’s been a key driving force behind our success for some years now. His energy and impact on agency culture is immense, and he is a truly fantastic leader. I’m excited to see him take the business to new heights.”

“Mowday will report directly to O’Halloran who in addition to his Worldwide ceo role will remain chair of DDB Group AU/NZ.”

For Mowday, the appointment is an opportunity he’s excited to get stuck into.

“I’ve always been a huge believer in the collective power of our agency group,” he said. “To have New Zealand’s leading creative, PR, customer experience and digital agencies all under one roof is an incredible proposition and one that our clients are increasingly seeking the benefits of.”

Mowday says the thread that ties the agencies together has always been DDB founder Bill Bernbach’s belief that creativity is the most powerful force in business, and that focus has demonstrated undeniable results across the group.

“We say our business is to grow yours and I couldn’t be more excited to be leading the best equipped agency group in New Zealand to do just that.”

Mowday will report directly to O’Halloran who in addition to his Worldwide ceo role will remain chair of DDB Group AU/NZ.