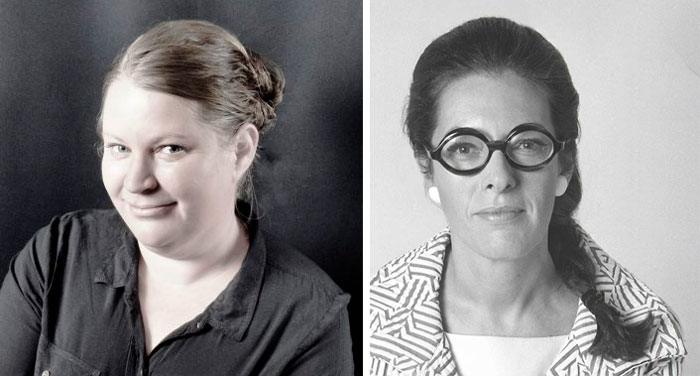 DDB Worldwide has launched The Phyllis Project, an initiative to further the agency’s commitment to gender equity in the workplace. A selection of 12 women from the entire network (more than 200 offices) have been selected “and,” says DDB/Mango NZ’s Eleisha Balmer, “I’m thrilled to say our very own creative director, Christie Cooper, is one of them.”

DDB NZ chief creative officer Damon Stapleton said: “Creating more diversity in any way is the right thing to do. It’s a moral imperative and important in our industry but also, it makes our business better. A broader range of minds gives us a wider perspective and therefore better ideas.

“Christie is a prime example of someone who offers a different point of view, she’s incredibly talented and she has an incredible work ethic. What more could you ask for? She represents the best in our business and we’re not at all surprised that she’s one of the 12 in the world selected as part of this project.”

Christie Cooper said: “Juggling work and family has been my biggest struggle. It’s hard work being a mum with a job that can be very demanding on both my time and energy. I’m very lucky to have a partner who’s a great father and happy to be a stay-at-home dad. My creative partner, James Connor, is both incredibly supportive and exceptionally talented and working at DDB, the team, especially the management, are understanding and flexible.

The Phyllis Project
DDB Worldwide, part of Omnicom Group (NYSE: OMC launched The Phyllis Project, a new global creative initiative that is committed to increasing the number of female creative leaders in every region of the network in 2017.

The project is named after the legendary Phyllis Robinson, DDB Worldwide’s first copywriter – and the first female copy chief in US history. Spearheaded by Amir Kassaei, chief creative officer of DDB Worldwide, The Phyllis Project recognises the significant role women played in igniting the creative revolution and the need for gender equality in our creative leadership today.

Kassaei said: “Phyllis broke every rule and opened doors for many women (and men) who followed. She promoted an atmosphere of creative freedom, where people had the opportunity to take chances and make bold moves, where people listened to the opinions of others even when they were nothing like their own, and every idea was welcome and considered.”

In its inaugural year, The Phyllis Project has selected 12 rising female stars at DDB who are poised to be among the industry’s next generation of creative leaders for professional development; the project consists of the following four key components:

Kassaei said: “We take development of our next-generation talent rather seriously and have committed to ensuring that our top creative women around the world are offered all the opportunities they deserve to further their careers.”