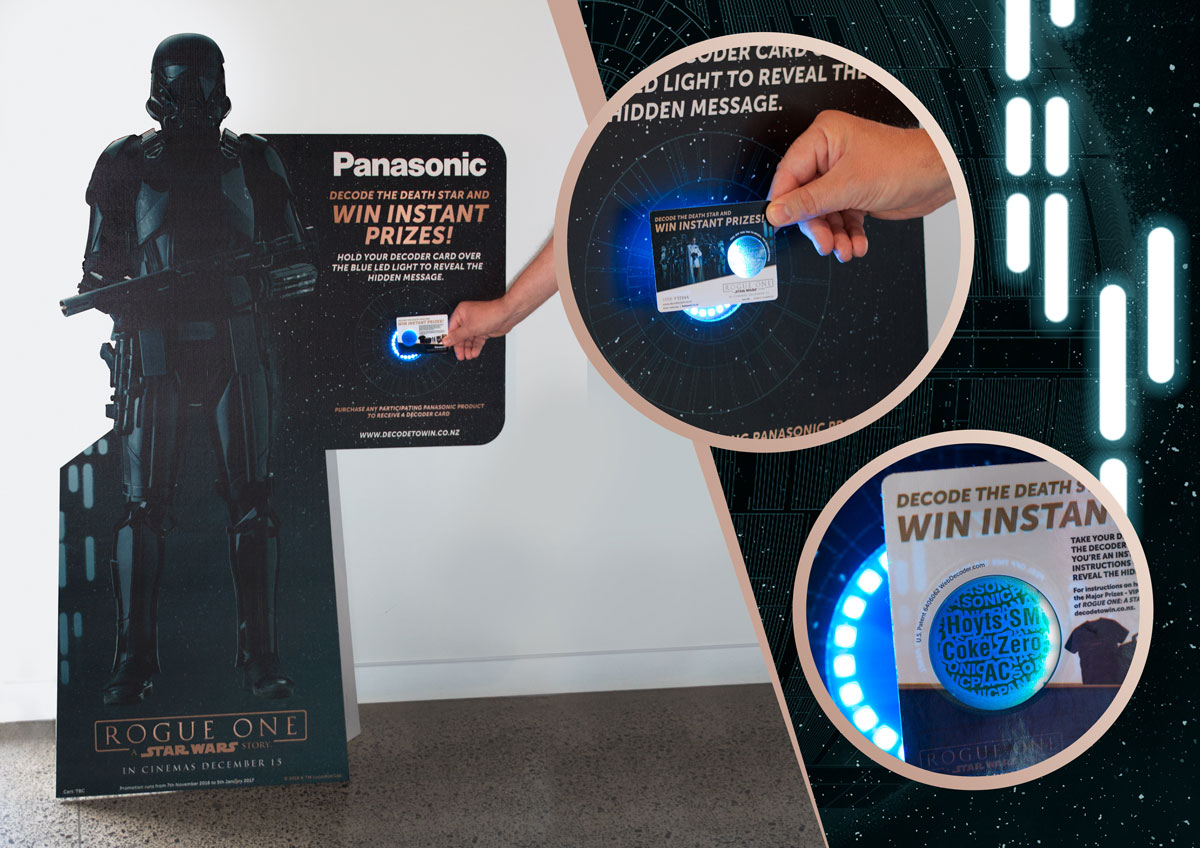 Created and delivered by Method, Decode the Death Star gives customers, purchasing any participating Panasonic product, the chance to win instant prizes and go in the draw to win major prizes such as a private screening to the movie.

Available through 11 major Panasonic retail partners, customers are given a special decoder card that holds a hidden message using a chromatic decoding image. Prizes were revealed by using the card at one of the specially made, life size Deathtrooper standee decoder stations. Customers could then go online to claim their prize on the campaign website: www.decodetowin.co.nz.

A secondary promotion run through Countdown with Onecard gives customers a chance to go in the draw to win a $1,000 shopping spree and movie prize packs.

With the movie launching in cinemas this Wednesday 15 December, the promotion is proving to be a hit nationwide with Star Wars fans even showcasing it on dedicated fan sites.

So, instead of the traditional Santa pic, why not get a selfie with a life-size Deathtrooper instead?