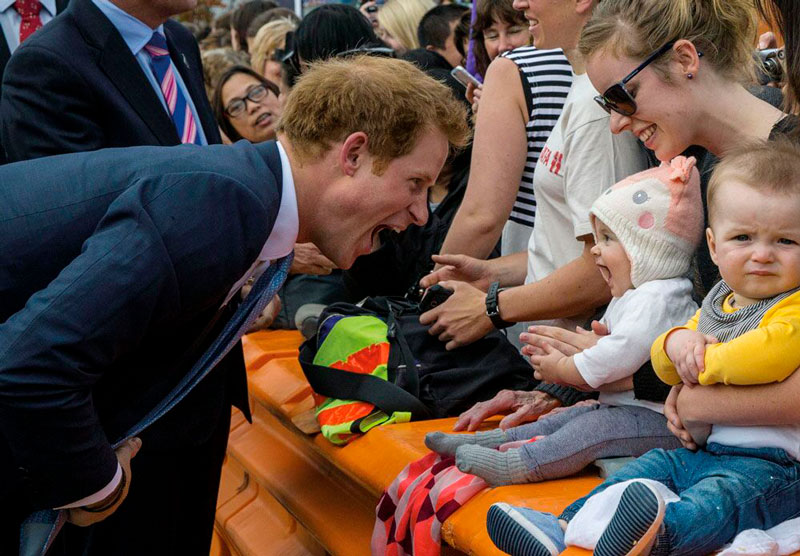 Iain McGregor’s winning portfolio leads the viewer through subjects as diverse as the bush fires that raged through Canterbury last summer, burnouts in muscle cars, a kapa haka festival, Prince Harry playfully engaging with a toddler, and tourists dwarfed by Fox Glacier, even as the glacier retreats from view.

“The range and quality of his work are extraordinary,” said NZ Geographic editor (and convenor of judges) James Frankham, who presented McGregor with his prize.

“There’s also a really compassionate thread that tells a story about the shared values of New Zealanders. His images are disarming. They make you rethink your values, confront your prejudices, or connect with people in circumstances very different from your own.

“This is what makes photojournalism so engaging, and it’s at work every time Iain releases his shutter.”

The 2016 competition was a hotly contested field, with 47 finalists – the most in the competition’s history – from 3500 entries. Six category winners were also honoured, and three special prizes awarded.

“These winners are testament to the lengths photographers will go to in order to get the shot,” Frankham said.

Shaun Jeffers won the Landscape category for an image made in near-total darkness at the deepest point of a Waitomo cave, a long exposure that captures the faint light of glow-worms.

The Timelapse winner, Hamish Wright, wasn’t able to attend the ceremony, but called in from his post at the geographic South Pole, where earlier in the winter he had made an impressive video of the aurora australis.

The People’s Choice award was a runaway winner. Murray McCulloch’s close-up of water droplets on a wasp gained more than double the votes of its closest competitor. McCulloch used a technique called ‘focus stacking’ to render every hair of the wasp in perfect detail.

Talman Madsen took home the Young Photographer of the Year award for his aerial shot of larches near Lake Tekapo, the treetops taking on an unfamiliar texture when seen from above.

“The Aerial category highlights everything that is important about the Photographer of the Year,” Frankham said. “It’s all about seeing New Zealand from a unique perspective – be that high above a landscape, or deep inside a community.”