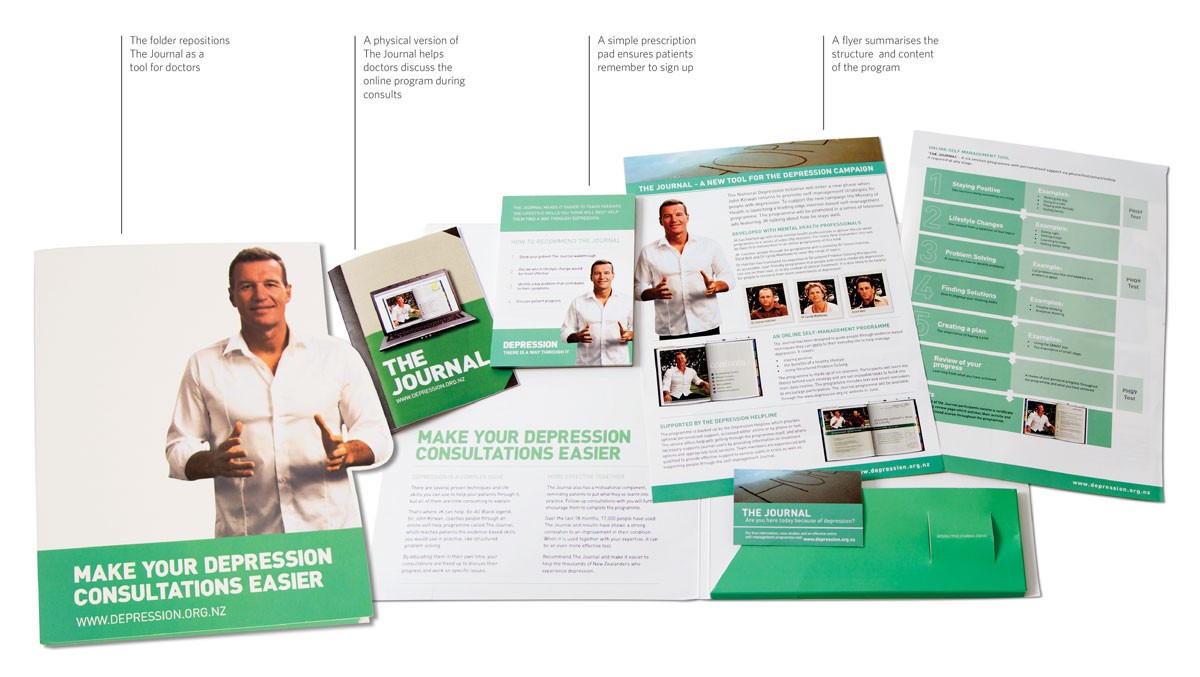 FCB New Zealand, CB NZ Agency of the Year, has been awarded a Gold and Best International campaign for its National Depression Initiative, at the IPA Effectiveness Awards, the world’s most rigorous and prestigious awards scheme, which took place in London this week.

The Awards showcase and reward campaigns that demonstrate their marketing payback, and provide the richest communications database in the world.

The campaign acknowledged that depression is an all-too-common mental condition that is expensive to treat and, in the worst cases, costs people’s lives. To spread awareness and tackle prejudices, FCB New Zealand created an above the line campaign integrated with an online self-help tool.

The Journal is a free solution designed to guide people through evidence-based techniques they can apply to their everyday lives to help manage their depression. The campaign achieved a return on marketing investment (ROMI) of 5 for the government and, more importantly, some users reported that it saved their life.

Stephen Smith, chief customer officer, ASDA and one of the judges, said: “The judges were impressed by the use of an appropriate brand ambassador to really connect with the New Zealand public on the taboo topic of male depression.

“The campaign delivered on insight, creativity, execution and most importantly results.”

In total, nine gold, 13 silver and 13 bronze prizes were awarded, along with eight special prizes. The Grand Prix was awarded to adam&eveDDB for the second year in a row, this time for its Foster’s campaign which changed the way beer brands talked to UK men, to deliver a staggering £32 of revenue per £1 spent on advertising.
For further details, visit www.ipa.co.uk/effectiveness, www.ipa.co.uk/ease or www.warc.com. You can also join the conversation on Twitter #ipaeff