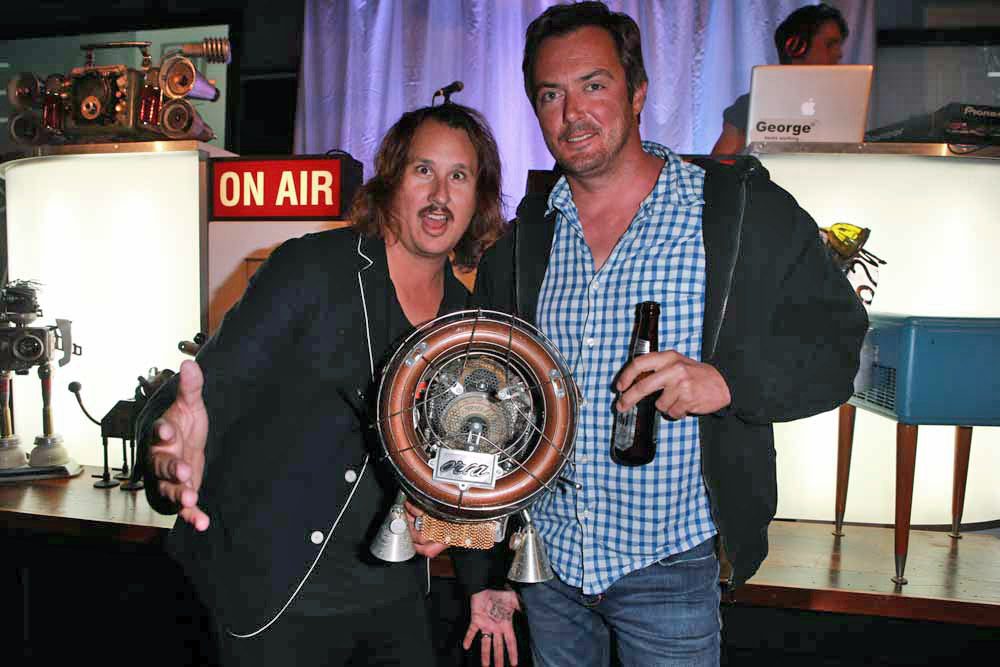 “We’re fuckin’ blown away,” Lovelock said, accepting the award on stage last evening at the Nathan Club in the Britomart. “This is the best prize in advertising – and the competition this year was very, very tough.”

Lovelock & James walked away with the Grande ORCA trophy (by artist Martin Horspool), a $50,000 (ratecard) radio campaign for their client Gregg’s, and two trips to the Cannes Lions in June, all courtesy of The Radio Bureau.

This is the second Grande Orca in a row for the FCB creatives – they also won in 2013 for Prime TV Call Girl, a campaign that also won on the world stage (including three Gold Cannes Lions, a Gold Axis, and a D&AD Yellow Pencil).

The presentation itself featured all the finalist spots, judged with venomous humour by three ‘Experts’ – Guy Williams ( The Edge drive show), Bryce Casey (The Rock breakfast), and Dave Fane (flava).

At press time, the videos were still being post-produced, but we got our hands on one: