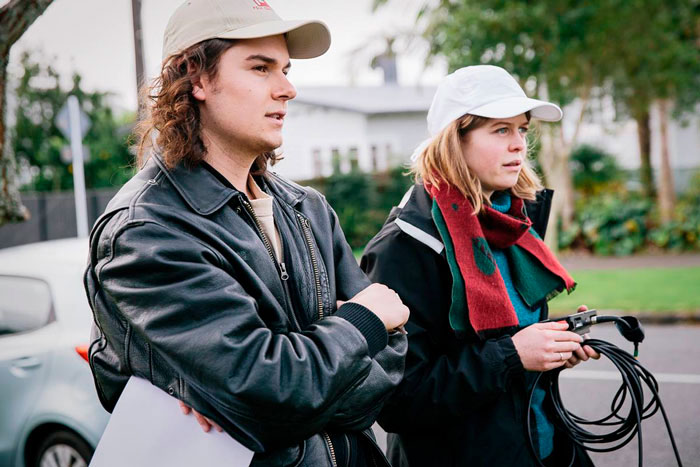 Their short film Lani’s Space is about a solo father’s journey to understand his daughter’s love of space.

The Kiwi duo were competing with 900 entries from around the world. The film was also screened at the Houston Cinema Art Festival in November last year along with 15 other finalists.

Created by NASA and the Houston Cinema Arts Society, Cinespace is a short film competition giving filmmakers around the world a chance to share their works inspired by and using actual NASA imagery. The judge was American director Richard Linklater (Slacker, Dazed & Confused, Before Sunrise, Before Sunset).

Director Harriett Maire (21) said: “When making a short film, you become so wrapped up and invested in the project that sometimes it can be difficult to objectively see whether it does what it set out to achieve, and tells a good story. Having this acknowledgement from Cinespace and Richard Linklater himself is incredibly humbling.

“We won US$4000, which is just an astonishing amount of money. We plan to feed it into another creative project very soon. My dream in the hopefully not-too-distant future would be to buy the rights to turn one of my favourite New Zealand novels into a film.”

Film Construction ceo Patrick McAteer said: “We’re so proud of these guys – it’s really exciting to be working with and mentoring them at the start of their careers. To win something like this will set them up for big things.”