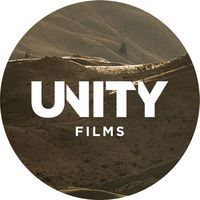 A new TVC production company has set up shop in K Rd. “We bring to the market two unique points of difference,” says co-founder/director Adam King. “We produce television commercials, brand content and engagement videos with a focus on narrative storytelling, and reinvest our profits back into the New Zealand film industry as investment financing.”

Unity’s focus is on narrative story telling, in response to the increasing number of brands who are looking to build brand stories and develop meaningful engagement with their audiences.

“Because of our connection to the film industry we have attracted directors who may not have otherwise signed to a commercial production company,” King said. “They are directors who are strongly motivated by the narrative journeys and the art of film making.

“We’re all storytellers, so we don’t just make amazing looking commercials, but also have the capacity to tell compelling brand stories.”

This team joining King and his co-founder/producer Craig Gainsborough includes director Aleks Sakowski (who says: “Unity Films will prove to be a unique signature among the media market”) and director/writer Roseanne Liang (“Unity’s model is a new and revolutionary way of working”), along with Auckland playwright/director Thomas Sainsbury.

“Unity Films’ vision is to contribute to creating a sustainable environment; financially, creatively and environmentally for New Zealand film,” said Gainsborough. “This will be achieved by encouraging advertising and film industries to work together in a symbiotic financial and creative relationship.