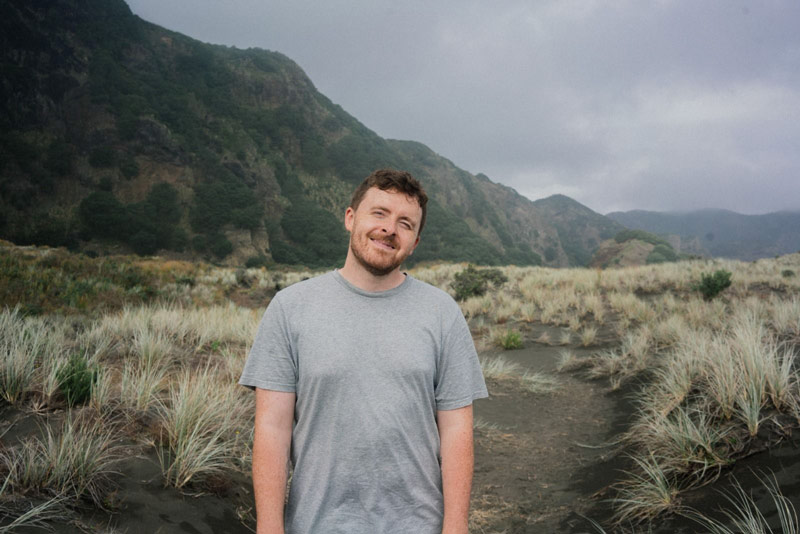 AUCKLAND, Tuesday: A new face has touched down in the antipodes and joined the Fish&Clips Ponsonby team for commercial and music video representation.

Flying Fish marketing manager Sasha McEwen said: “Brendan Canty has forged his way as one the most exciting and prolific Irish directors.

“Finding early success with his music video for Hozier’s Take Me to Church, the video has since surpassed 700m+ views on YouTube along with two MTV VMA nominations.

“Brendan has gone on to direct elegant and visually stunning music videos and commercials for top international artists including Dermot Kennedy, Saint Sister and Talos, and a range of prominent brands including Guinness, Budweiser and Sky Sport.

“A natural storyteller and adventurous soul, Brendan captures a sensitivity and truth that shines through in his films. His debut short film For You starring Barry Keoghan went on to win a Kinsale Shark, a Vimeo Staff Pick and was nominated for an IFTA.

“Brendan’s second short film Christy, funded through Screen Ireland, premiered to critical acclaim in 2019. He is now developing it into a feature with BBC Films.”

“My partner Ayla Amano is a Kiwi (and a brilliant director herself).”

What brought you from Ireland all the way to the Land of the Long White Cloud?
Hilariously, only for a two-month holiday back in January. My partner Ayla Amano is a Kiwi (and a brilliant director herself) so we somehow managed to escape Europe to visit her family and just ended up staying because, well, the rest of the world is burning and NZ is not (and it’s Absolutely lovely here in fairness).

What are you most excited about for working in New Zealand?
Films in New Zealand always have a great heart whilst being so understated and real. There’s a less is more culture here which is something that you rarely see in other places, especially in advertising. These are the type of things that excite me as a filmmaker.

What is your ‘super power’ as a director?
I think it’s being able to capture small moments with a big heart or a feeling that resonates. I’m also quite good at creating a relaxed atmosphere on set and putting whoever is in front of the camera at ease.

What’s one thing most people don’t know about you?
I’m currently developing a feature film with my first ever childhood best friend, set in my

hometown of Cork in Ireland with BBC Films.

What’s one goal you want to hit in the next year or so?
I’d love to create some beautiful work over here that I’m truly proud of and to meet and collaborate with brilliant people along the way.