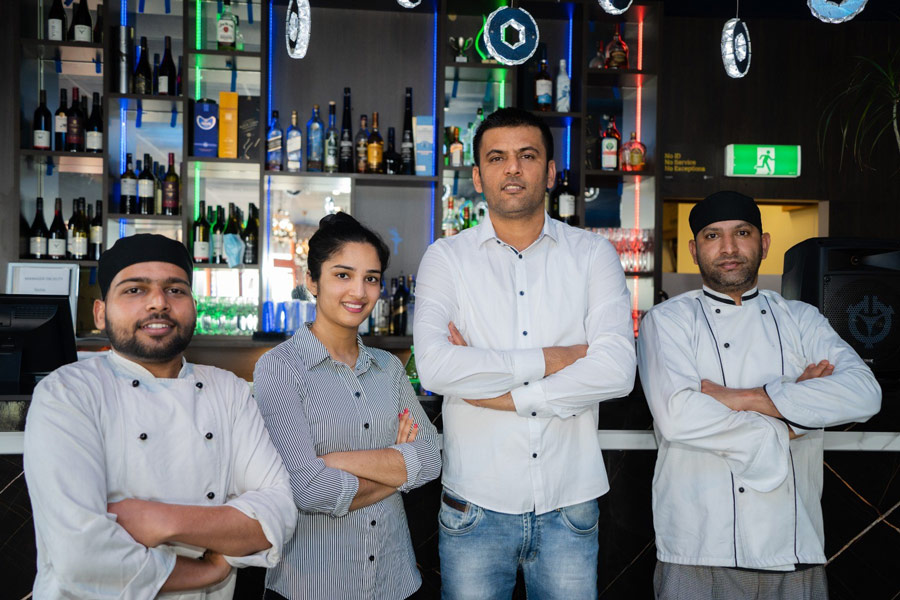 The winners were decided by Menulog orders, reviews and ratings over the past year.

Mike Dhillon, owner of Castle 91, said: “It’s not just about owning a restaurant, but being a valuable part of the local community.”

“They’re like family to us. During lockdown, we gave out free meals to anyone who was struggling. Even now we still provide food to anyone who has lost their job. We don’t want anyone going to bed hungry.”

Dhillon said customers are big fans of Castle 91’s signature Drunken Chicken dish which is prepared with “a little bit of rum”.

“Our chefs create fresh, authentic and tasty dishes for the Tauranga people and our staff out front in the restaurant work hard with great smiles to provide the best possible service.

This year’s award categories uncovered fun foodie trends from the last 12 months that played starring roles in Kiwis’ hearts and stomachs. The winners were based on Menulog data made up of orders, reviews and ratings.

Best Munchies to Order at 4.20pm
Reflecting how moreish Fusion’s Crispy Pork Meal is, the Gisborne favourite took out this year’s coveted munchies category with Menulog data revealing its signature pork dish was the most ordered on the platform at 4:20pm when hunger strikes.

Best supporting dish
While that may not be surprising, it’s the many and varied styles of hot chips that makes the humble spud a star – from the delicious double-cooked chips at Fire’n’Slice in Helensville to Meat on Chips from Dunedin’s Huzur Kebab.

“It’s not just about owning a restaurant, but being a valuable part of the local community.” 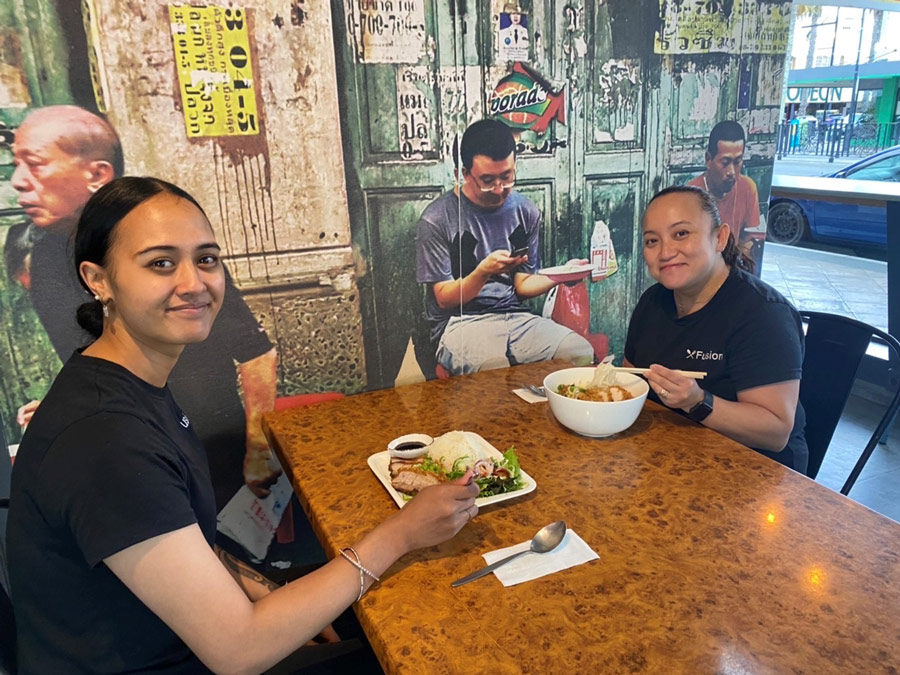 Best meal to order after you’ve been dumped
Fusion’s Crispy Pork Meal was also the meal of choice after being heartbroken according to order numbers on December 11, the most popular day of the year to be dumped. The pork dish was followed closely by a comforting butter chicken from top Tauranga Indian restaurant Own Masala.

Top dishes ordered while watching the All Blacks
Given the importance of the set piece in rugby, it’s not surprising a cuisine served in a box that explodes with flavour when opened, is the go-to choice for fans when watching the All Blacks. Pizza restaurants across the country – from Beach Pizza in Auckland to The Pizza Castle in Dannevirke – work overtime on nights the ABs are playing.

Best noods sent
Fusion Restaurant is at it again, but this time it’s for sending the best noods … Crispy Chicken Noods that is. The mouthwatering soup dish is a Gisborne crowdpleaser and the most ordered noodle dish across the country.

Best new dish
If you haven’t heard about the Milk Tea craze over the past year then you’ve been living under a rock and missing out. While Original and Taro Milk Tea reign supreme, new flavours have started to emerge including Oreo Cake from ETea Bubble Tea in Auckland and Black Gold Milk Tea from 7-Tea in Christchurch, making it a deserved winner of Best New Dish on Menulog.

Cuisine of the year
There is nothing Kiwis love more than a good curry with Indian winning Cuisine Of The Year. Bollywood Stars Tandoori Restaurant in Gisborne has sold the most curry dishes on the Menulog platform in the last 12 months with thousands of Butter Chicken’s alone being devoured.

Fusion restaurant owner Tobias Morgan Hutchings said: “We wouldn’t be where we are today without our local community. It’s been tough recently but our locals have always stuck by us and there aren’t enough words to describe how thankful we are.”

He is thrilled to see their family recipes both receive awards.

“The Crispy Pork Meal and Crispy Chicken Noodle Soup are made by my wife, with the goal of creating authentic Thai Street food – it’s great to see two of her creations taking out wins.”

Menulog commercial director Rory Murphy said the awards are about celebrating delicious local cuisine and this year was also focused on supporting restaurants at a challenging time.

“The hospitality and restaurant sector are incredibly resilient and throughout the awards we have heard incredible stories about restaurants like Castle 91, Rajas in Auckland, and Tauranga’s Punjab Express who have given away free food to support those in need and people struggling financially. That’s amazing community spirit.”

“We congratulate Castle 91, and all those involved in the awards, and look forward to seeing them continue to deliver the same great service and delicious food that keeps loyal customers coming back.”

The winning People’s Choice restaurant receives an advertising and media package worth $2500 to help promote and grow their business, with $1000 to put towards their venue, along with other prizes.

About Menulog
Menulog is an app-based food delivery service offering Australians & Kiwis the choice of restaurants and cuisines across the country. Menulog connects 100,000 active customers with more than 2000 local restaurants via its websites and native mobile apps. Menulog offers more than 50 different cuisines that can be delivered to more than 40 different cities and towns across New Zealand.

Having launched in New Zealand in 2009, Menulog is now part of Just Eat Takeaway.com, a leading global online food delivery marketplace. Download the Menulog App via the App Store or Google Play.