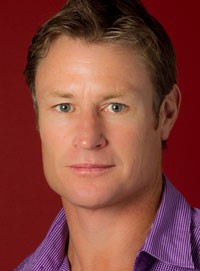 Freeview is now being watched in 67% of NZ homes – up 2.45% (40,900) since the digital switchover in December last year, according to new figures from Colmar Brunton.

“Due to time zone differences, the games are often difficult to watch live and the benefit of devices like this is providing viewers with greater flexibility and freedom to watch programmes that are free to air on TV, at a time that suits them.”

“The recent launch of MediaWorks’ latest multi-platform channel, The Edge TV, as well as the launch of TV 29, a Chinese language channel, illustrates Kiwis still have a keen appetite to watch a wide variety of content, both local and international.

“For example, the most popular viewing in New Zealand at the moment is unsurprisingly the World Cup, but British series like Broadchurch and American television series such as House of Cards are also faring exceptionally well too.”

He said the research also showed that homes with Freeview HD reported having a better viewing experience.

“We’re seeing a bigger increase in the number of homes who previously had Freeview satellite, now migrating to Freeview HD. This is because of the superior picture and sound quality of HD as well as free high definition programming on TVONE, TV2 and TV3.”

Freeview continue to explore new options for improving the viewing experience for New Zealanders and plan to  announce further developments later in the year.