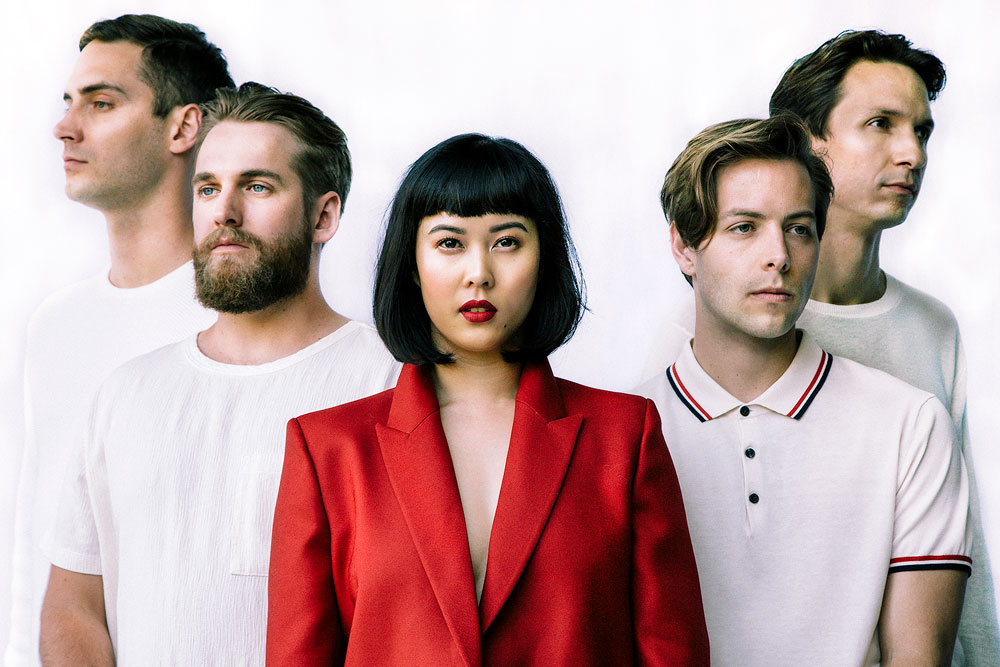 iHeartRadio – with a little help from their friends 2degrees – is to feature Kiwi band band The Naked and Famous performing a free live concert on Tuesday 10 January at Auckland’s Logan Campbell Centre as part of the group’s Simple Forms world tour.

The band, which has a unique blend of lush dream pop, brittle ambience and sparky electronic rock, has been based in Los Angeles since 2012.

They have played to sold out crowds in New York, LA, London and many cities across the US, Canada, UK, Europe, South America and Asia. They toured with Imagine Dragons around the US, and have played numerous festival dates include the Coachella Festival in 2014 and this year’s Austin City Limits.

The iHeartRadio Show will be an exclusive performance, as part of the tour around the group’s recently released third album, Simple Forms. The tour began last month in the US and already sees a total of 60 shows booked in 14 different countries during the first four months of the campaign

Dean Buchanan thrilled
The band’s music has been heard on some of the most popular TV shows and movies. Gossip Girl, The Vampire Diaries, Pitch Perfect, True Blood, Grey’s Anatomy and the remake of the cult horror Carrie have all featured songs from The Naked and Famous.

“New Zealanders love The Naked and Famous and their songs are a hit right across the country, with people of all ages,” says NZME group director – entertainment Dean Buchanan. “We’re thrilled to have the band back on home soil for the first time since their performance at this year’s Auckland City Limits for what promises to be an amazing free show.”

Their third album, Simple Forms, is available now and features singles Higher and Laid Low. It is the long-awaited follow up to their 2011 breakthrough album Passive Me, Aggressive You and 2013’s emotionally charged In Rolling Waves.