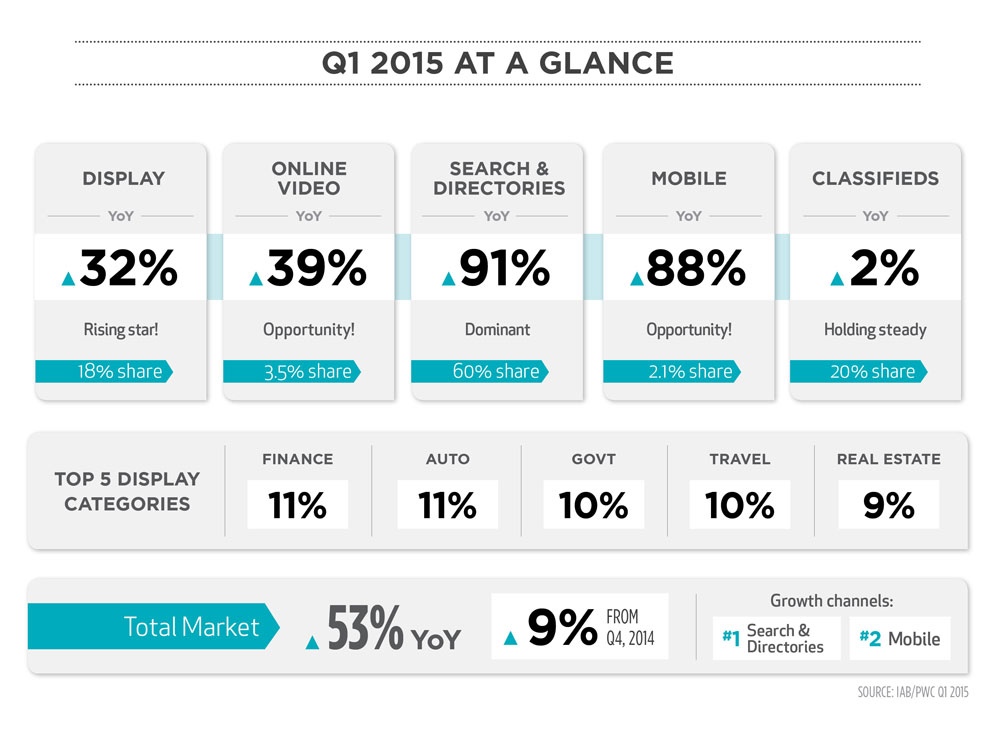 Interactive Advertising* continues to grow with the latest IAB/PwC Online Advertising Report noting that it generated $179.88 million in Q1 2015, a 53% increase year on year.

The Search and Directory market was the star performer for the March quarter, growing 91% year on year to reach $108 million.

Mobile advertising continued its steady climb, generating $3.9 million in the quarter, a year on year increase of 88%.

The report shows this growth has been driven by smartphones, with phone based advertising revenue increasing 110% year over year, while tablet revenue grew 34% in the same period.

A 34% lift in the General Display advertising category was fuelled by a healthy 39% lift in Video revenue.

The big mover in this area, however, was Programmatic Advertising which surged by a massive 172% compared to Q1 2014.

The IAB/PwC Report was established in 2007 and is the pre-eminent source of New Zealand interactive and mobile advertising spend provided by 35 advertising agencies and publishers.

*The IAB defines Interactive Advertising as advertising viewed on a desktop PC, laptop or mobile device and accessed via an internet connection, 3G, 4G or wifi.