The “adrenaline-fuelled” new channel, offering over 3000 titles of original and exclusive HD content, is sure to be welcome news to the 1.774 million action and adventure enthusiasts in New Zealand,” said director Dan Wrightson.

“New Zealand is a nation of adventure lovers, from eight to 80. Until now, there has been a bungy-jump sized gap in the market for those wanting to unlock adventure on TV – Garage is the key!

“Whatever action you’re into – surf, snow, skate, ski, moto, bike or some yet-to-be invented other outdoor madness – you’ll find it in the Garage. Viewers can expect to see a mixture of high octane international stars like Kelly Slater, Mark Mathews, Shaun White, Travis Pastrana and Tony Hawk plus the hottest local talent.

“Our curated content is family friendly, and something fresh for those whose interests lie outside of traditional bat-and-ball sports.”

Garage will be fronted daily by former Juice TV and SKY Sports host Duane Mutu, who Wrightson says is made for the role. “To find someone who has previous television hosting experience, is a true action and adventure lover, and has worked with big brands, is simply perfect.

“Duane fully understands how the industry works, what brands and agencies are looking for and what makes for a killer programme line-up.”

Mutu says it’s his dream role.” It’s basically adrenaline junkie heaven in your living room 24/7 – how good is that?” Mutu says Garage will have two hosts as part of the line-up who will be selected by a competition – to be announced in the next few weeks.

With the launch of Garage, Juice TV calls it quits as a standalone music channel but will continue to exist as daily 30 minute slot in the Garage. “Juice’s content will be 100% Kiwi and a mix of music videos and interviews, continuing over 20 years of unflagging support of local talent,” Wrightson says.

“The changes are based on the reality that music-lovers have chosen to access music via phones and laptops rather than traditional television, and copyright owners and labels have made formerly exclusive content freely available to consumers.

“Our continued focus with Juice in its new form on Garage is to nurture local roots.

“The New Zealand hasn’t seen anything like Garage before,” he says. “It will reinvigorate a fairly stale and bland youth TV market and offer a new home for the next generation of aspirational and inspirational human beings to unlock adventure.”

Garage becomes available on SKY channel 112 from Friday 15 May 15. 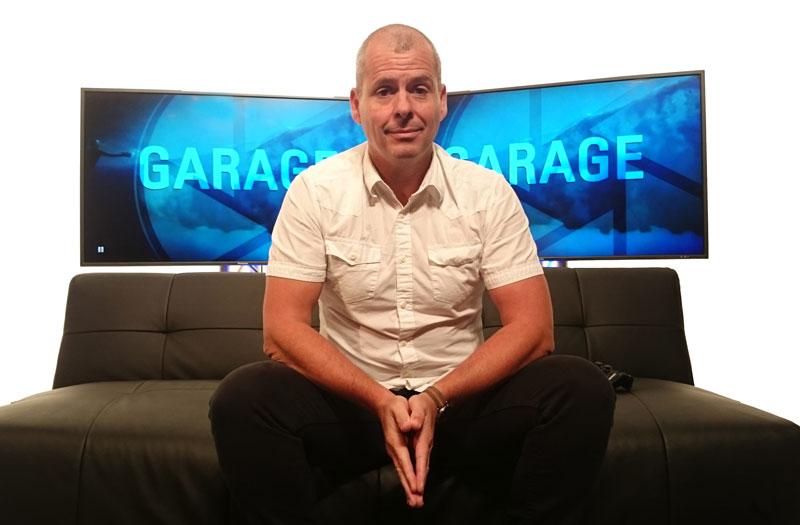