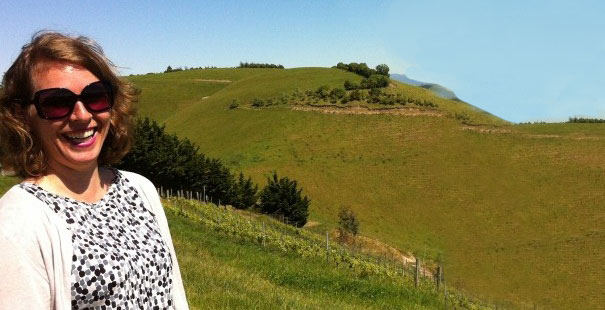 Le Pan, a new international wine lifestyle magazine and website, launches with its inaugural issue this Monday (June 19) at Vinexpo 2015 in Bordeaux, France. NZ-born Master of Wine Emma Jenkins is a key member of the launch team as one of six global wine editors.

The title will be published by LPM Communications Limited (a division of Goldin Group, Hong Kong) and has an amibitious mission statement: “To become the leading voice in the world of fine wine”.

Emma Jenkins teaches general wine education and the more specialised WSET courses throughout NZ and takes an active role in the MW education programme. She has written for a wide range of consumer and trade magazines.

The print version of the title will not initially be available in NZ – but our wines will feature regularly, and the website, which contains everything that’s in the print edition, is readily accessible to Kiwis

“Le Pan [translates as ‘the pan’]  is set to become the leading voice in the world of fine wine, as the only consumer wine magazine to have six Masters of Wine on staff,” says publisher/ceo Jeannie Cho Lee MW, the first Asian Master of Wine.

“Our experts will cover all the major wine regions and review a vast array of fine wines including rare vintages not available to other publications.”

The inaugural print edition will be a large-format glossy magazine with more than 200 pages of content – all of it also on the website. It covers food, art, fashion, design, cars watches, and adventurous travel – “all the accoutrements of modern-day fine living”.

Renowned Japanese chef Nobu Matsuhisa is the celebrity guest of the inaugural LP Lunch, in which the title pairs Cantonese dishes to his selection of fine wines. Acclaimed London-based designer Ron Arad talks creativity, curiosity and conviction, while Jean-Claude Biver, who runs the watch division at the world’s biggest luxury conglomerate LVMH, discusses the future of the watch industry. Le Pan also presents a photo essay that equates the best of fine wines to the feel of luxury fabrics.

The magazine will be published in two editions, English and Chinese. The Chinese edition mirrors the international magazine, but with additional, unique content that will bring “unprecedented depth” to wine and lifestyle reporting in Greater China.

The international edition will be available in 35 cities worldwide, with initial distribution in the United States (including New York, San Francisco and Los Angeles) and the key capitals of Europe and Asia Pacific (London, Paris, Milan, Hong Kong, Singapore, Sydney and Melbourne – but not yet in Auckland or Wellington!).

It will be available from major bookstores and selected newsstands, in business and first class airport lounges, and at hotels and wine stores.