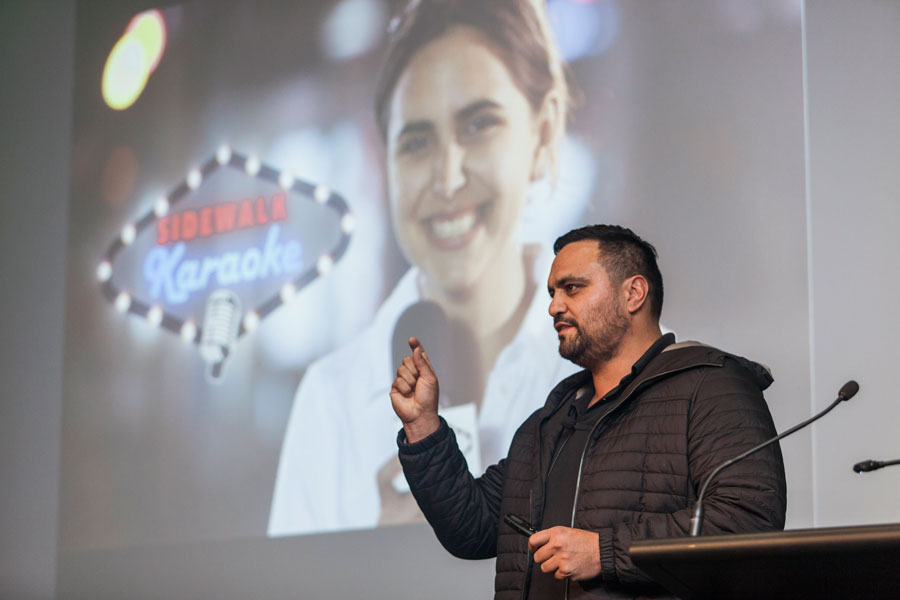 The Kaha software was unveiled at the Big Screen Symposium in Auckland over the weekend (scroll down to see the Vimeo preview).

Bailey Mackey is a former head of sport at Maori TV, and is the producer behind Sidewalk Karaoke, The GC, Marae and The Game Chef. He says Kaha’s “innovative, effective, and easy-to-use interface gives producers real-time, day-to-day, as-it-happens understanding of their financial and scheduling position at any given time on any individual project”.

In addition to providing an integrated production management platform, one of Kaha’s key features is that it’s designed for producers by a fellow producer.

“Up until now, so much of what we do in terms of managing a production isn’t integrated. You have a budget that doesn’t talk to a schedule, cash flow or cost report. So I set about designing and building a system that brings everything together seamlessly.”

Mackey reached out to the high-performing tech duo of Peter Akuhata (Trade Me) and Joseph Heeney (NZ Funds Management) who brought the technical know-how to the project. The user interface design is led by former All Black and Blues rugby player Greg Rawlinson in what Mackey says is very much a team-focused product development environment.

Mackey admits to being “not the best when it comes to technology” so he says the system had to be simple enough that technophobes and non-digital natives alike would feel comfortable using the software.

Better wrap parties, too
“The key thing is that production pain is ubiquitous and no matter where I’ve gone in the world, the slow feeding of information impacts on efficiencies. Production budgets worldwide are getting squeezed so anything that can help producers has got to be good, right?

Plus, with better efficiencies, you can have better wrap parties too!”

Ross Weintraub, a Kaha advisory board member and co-ceo of LA-based factual & reality production house 3Ball Entertainment, says Kaha is one of the most innovative software packages to come around in the media sector in more than a decade

“It’s nice to see such a cleverly thought-out and well-designed software for an industry that is constantly changing and evolving,” he said. “The UI [user interface] of Kaha is simply a game changer in our media space.”

Witters said: “I’m very pleased to be part of Kaha’s advisory board. Pango Technologies, led by Bailey Mackey and his outstanding team of software developers, has a very good chance at becoming one of the world’s leading suppliers of production management software … watch this space.”

See it at SPADA
Following Kaha’s New Zealand launch, the team is taking the platform global with a series of functions at key international screen industry markets including: MIPCOM (October in Cannes), NAB (November in New York), SPAA and SPADA (November in Sydney and Wellington), as well as a bespoke product launch in Los Angeles at the end of the year.