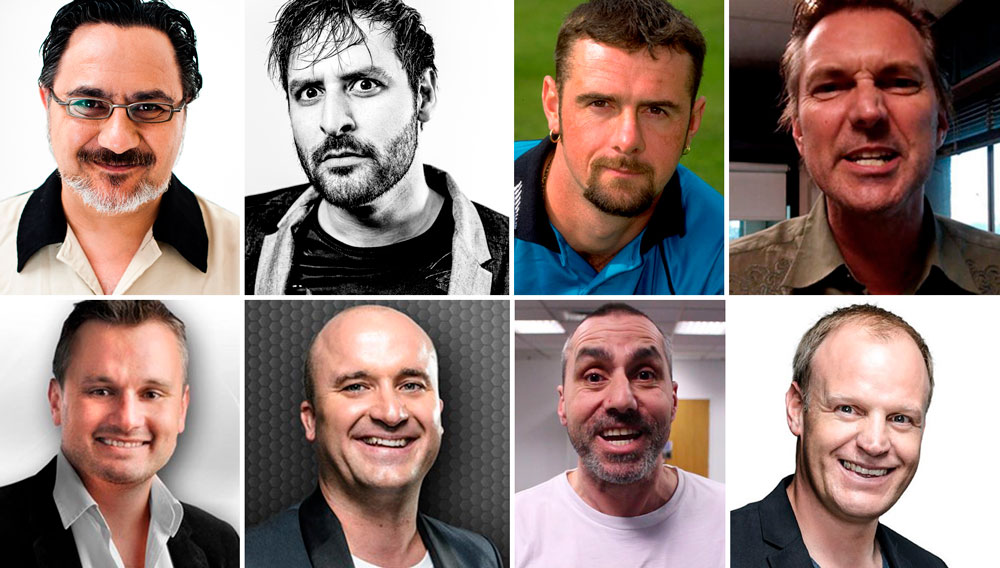 Radio Sport has unveiled its new on-air lineup for 2017, featuring a revamped breakfast show and one new face – with many established Radio Sport personalities taking on new responsibilities.

The new arrival is a small screen regular, Nathan Rarere. And – unless we’ve missed something – Radio Sport remains a female-free zone.

A new breakfast show will kick off at the end of this month with hosts Kent Johns, Nathan Rarere, and Marc Peard. Johns is a long time Radio Sport host, having joined the station in 1999, and has hosted the afternoon show, The Sports Vox, since 2012.

Rarere is new to the team, but well known in the radio and TV world. Peard will continue to be a part of the show but will have a bigger role on air than he has had in the past

Former Black Caps speedster Simon Doull and Andrew Mulligan, the current breakfast hosts, will be redeployed in the on-air line-up. And The Crowd Goes Wild breakfast show will be renamed (no details yet).

Doull will still bring his views on cricket to Radio Sport listeners as a regular weekly correspondent, making room for his TV cricket commentary commitments.

Mulligan will produce an innovative weekly online column which will focus on issues, personalities and other sports matters, that will also appear on nzherald.co.nz, along with other new, unspecified online ventures NZME is developing.

Mulligan says he is excited about the new role.  “It’s great to be an integral part of developing something new with NZME. Their sport content, particularly in digital is growing significantly, I’m thrilled to be part of what will be exciting for sport fans. Plus, the sleep-ins and more normal work hours will go down well with the whole family!”

Daniel McHardy will host the new afternoon show in the noon-4pm slot from this Monday 31 October. McHardy has been with Radio Sport for over 10 years, and will broadcast from the Wellington studio. He will be a familiar voice for Radio Sport listeners, as the former host of Saturday and Sunday morning’s Capital Punishment, and commentating Wellington rugby and cricket games for the station.

Beginning in 2017, listeners will get an extra hour of D’Arcy Waldegrave as the host of Sports Talk from 7pm on both Radio Sport and Newstalk ZB. Evenings will see a new show on Radio Sport, Radio Sport Reloaded, featuring the best interviews of the day and the best live sports commentaries such as Black Caps, Super Rugby and the NRL.

The Devlin Radio Show hosted by Martin Devlin stays in its 9am-noon slot, and Waldergrave and Goran Paladin will continue to drive listeners home from 4pm with The Sauce.

NZME head of sport Trevor McKewen says he is excited about the refreshed lineup for the new year: “The lineup for 2017 is a strong one and will allow listeners to get their sporting fix any time they tune in. Next year’s sporting calendar is a busy one and we’re excited to bring the best sport interviews, commentaries and chat to New Zealand sports fans.”