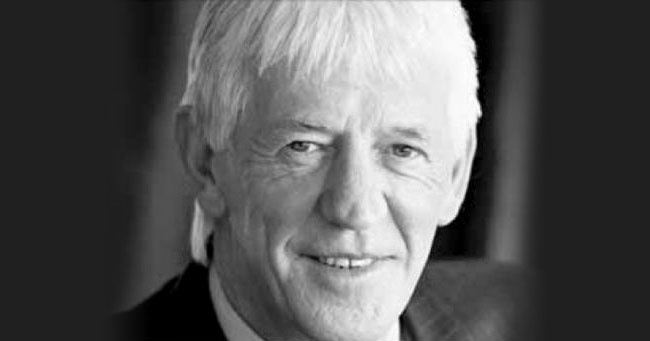 M+AD ed David Gapes writes about his lifelong friend Barrie Everard, who died in Auckland last week  from a terrible condition that interfered with his balance, ultimately taking his life. Everard was a media pioneer in NZ; a distributor, a feature film producer, entrepreneur, a former chairman of the NZ Film Commission, owner of the Barclay cinema chain, and founder of break-through Auckland hi-fidelity station 89FM …

Barrie Everard gave much of his life to the entertainment business in New Zealand, and had it not been for the cruel disorder that stuck him down, his best was still to come.

I first met Barrie in 1966, in Upper Queen St when he was the deputy manager of Columbia Warner Pictures (at the time, one of the largest film distributors in New Zealand – now part of the Sony empire). I was one of the people setting up the pirate station, Radio Hauraki.

Barrie and I clicked immediately. We shared a lot in common – movies, rock’n’roll, sports, and a robust conversation,  food, champagne, and beer – as well as other types of lifestyle mindfood … not all of them strictly legal.

We sparked off each other endlessly, spending much of our earlier years in the business almost constantly in each other’s company – an inspirational and rewarding time for us both.

Tale of the Outback
I remember listening with fascination to his stories of selling movies to outback Aussie cinemas in the 1950s. As a Columbia Films Australia sales rep, he’d drive hundreds – sometimes thousands – of miles with his car laden to the brim with heavy reels of the latest Columbia films to visit local small-town cinemas.

Barrie would arrive unannounced when one of his movies was screening, check into a motel, then buy a ticket for the movies that night. He’d take with him his trusty sheep counter, take a seat near the back, and click once for each patron who came into the cinema.

The next day, he’d visit the manager to sell him or her Columbia’s latest wares – and to check on the returns of earlier deals. These cinemas were invariably a long way from anywhere, and the vast distances often bred complacency among the local managment.

Cheat detector
Of course, the sheepcounter always exposed the cheats – giving Barrie a very strong hand in his ongoing negotiations.

The years that followed saw us continue to work closely together – I even wound up working as his News Director when he owned 89fm in the early 1990s. But that’s another story.

My wife Ingrid and I last saw Barrie in Auckland Hospital – he was recovering from a few ribs broken in a fall – triggered by his ailment, which gave him grief with his balance.

Considering the pain these ribs must’ve caused him, he was in good spirits – although clearly losing strength and – occasionally – focus.

We brought him a bottle of Moet, which he displayed proudly on his breakfast tray, before Barrie – a serial giver-up of tobacco – asked me to get him a packet of ciggies “from the hospital reception”. Peter Stuyvesant, he specified.

Yeah right, I answered … to my eternal regret. I could easily have slipped away and bought fags at a local store … but then we’d have had to escort him in a wheelchair to the smokers’ corner just outside the hospital gates on Grafton Rd. That was never going to happen.

For me the last word about Barrie came from my son Richard, now 45 and working as a bar manager in Newcastle Australia. He was five years old when Barrie entered our lives.

Barrie has always been brilliant with kids – and kids have long memories: ‘That’s a bummer,” Richard wrote me when I told him that our friend had cashed in his chips. “I liked Barrie. He bought me my first eva icecream in a cone.