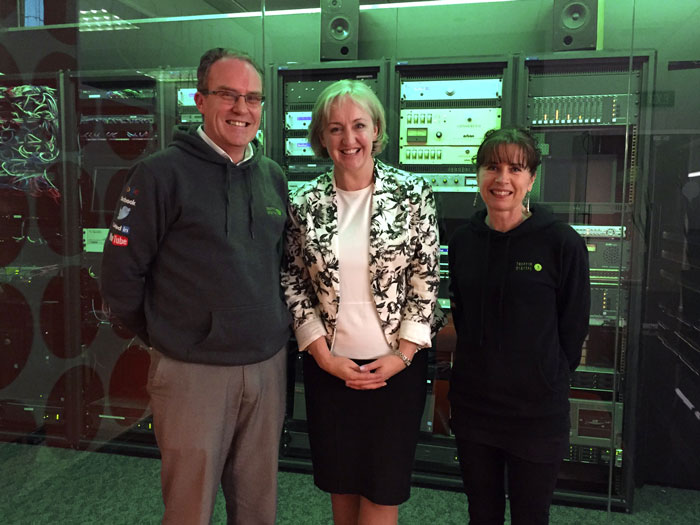 A global digital marketing company founded in Taupo has received praise from Communications Minister Amy Adams during her tour of the region. The Minister visited the local office of Traff1k D1g1tal on Friday, where she learned about its innovative strategies that have boosted online sales for a number of big international brands.

Traff1k D1g1tal was founded in Taupo in 1999 and it now has a presence in New Zealand, Australia and South Africa.

Traff1k D1g1tal founder and ceo Michael MacDonald says he is proud to build a world-class technology company from regional New Zealand. “A report this year by the New Zealand Technology Industry Association revealed the tech sector contributes $16.2 billion to New Zealand’s GDP and employs around 100,000 people.

“Although most of these companies are based in the big centres, I believe there is potential for the tech sector to diversify regional economies,” MacDonald said.

Ad agency?
Traff1k D1g1tal now has offices in Sydney and Auckland, but its recently appointed general manager Leigh Austin is based in Taupo, as is chief operating officer Colin James.

Traff1k D1g1tal does not have an ad agency, but has appointed Auckland’s Alexander PR as its public relations agency.