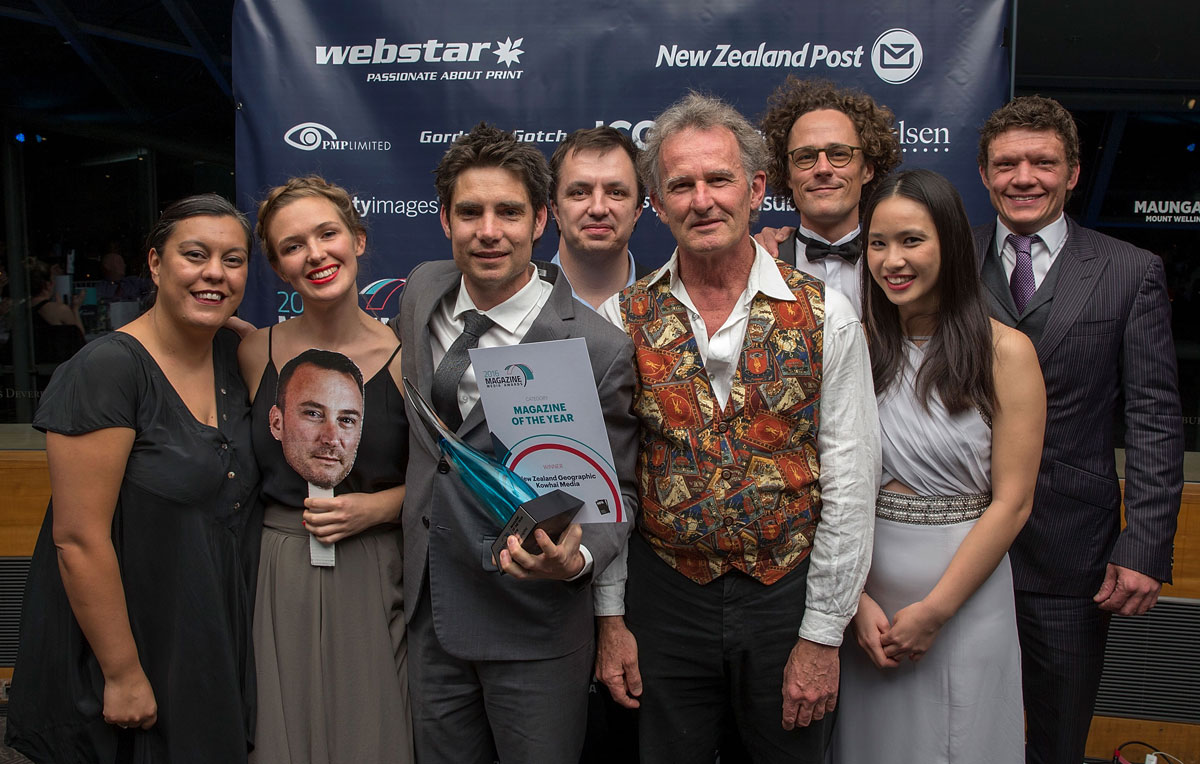 In naming New Zealand Geographic as Magazine of the Year, the judges said: “In a media landscape so hectic and demanding of audiences, New Zealand Geographic remains true to its quality, vision and commitment to excellence in all areas. With a now provisioned audience of almost 3.5 million to libraries and schools, New Zealand Geographic ensures its unwavering ethos and essential reportage is read by generations to come. A 25-year-young magazine that has developed into so much more – did anyone say “national icon”?

Shelley Ferguson from Your Home and Garden (Bauer Media) won Editor of the Year. The MPA says Shelley has had a stellar year, and the judges were unanimous in their verdict and said there is little more you could ask of an editor.

In a statement the MPA said: “With change now a constant in the industry, finalists demonstrated ingenious adaption while doing the basics brilliantly. It’s a fact clearly reflected in all the entries for 2016 challenging the boundaries and expectations around what ‘magazine media’ should look like.

Lynley Belton was awarded the prestigious Magazine Media Lifetime Achievement Award for her outstanding contribution to the industry.

The judges of the Best Journalist category summed up the overall sentiment of all involved in this year’s Awards: “At a time when there is so much doom and gloom about journalism, we found it alive and well. There is a lot to celebrate.” Paul Dykzeul, Bauer CEO and MPA Chairman agrees: “We have nothing to be embarrassed about, we are very, very good at producing magazines in this country.”